Students’ concerns over their safety 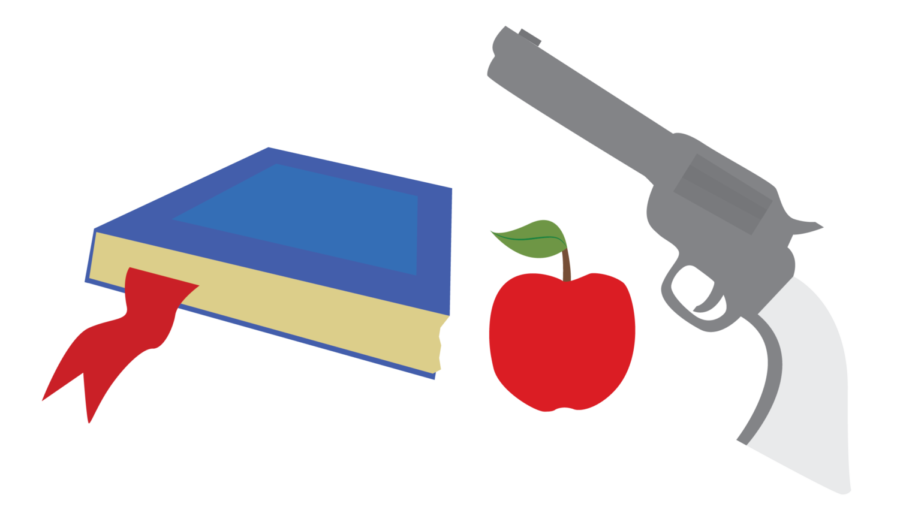 After President Trump called for all teachers being armed in schools following the school shooting in Parkland, FL, the Cardinal Times asked staff for their opinions.

Since the Parkland, Florida shooting, the “Never Again” movement has blown up across the country. The students of Marjory Stoneman Douglas have spoken out on gun reform to government officials, national news channels and many more. These students have inspired millions of other young adults around the world to speak up.

The recent shootings in Florida and elsewhere have brought up an issue many students are asking: is my school safe?

Lincoln, being an urban public high school, leads some to believe that it is vulnerable to a school shooting. The Cardinal Times interviewed some students about their opinions on how safe they feel in school.

“I was scared to come to school [after the Florida shooting]. I was afraid that the same thing would happen here,” says junior Asher Wheeler.

Junior Madison Fassiotto says, “I don’t think you can ever be too prepared or too naive.”

One recent change has been the majority of entrance doors of Lincoln being locked during the day, preventing people from outside coming in. The doors used to be unlocked throughout the school day. This made it very easy for students to walk in and out of the school. However, after the Parkland shooting, administrators began to lock the doors from the outside. This led to a variety of student opinions.

“At some points it comes to the point of it being a prison,” says junior Brandon Hendren.

I was scared to come to school. ”

“I think instead, we should invest in personnel, like another [campus security officer like Stan] Caples, rather than locking the doors,” says junior Caleb Kono.
Other students agree with the move. “It’s such a small inconvenience that I think we can handle it,” says junior Abby Calhoun.

“It’s such a small thing that we can deal with and it is for [our] own safety,” states junior Kiana Gellman.

Locking the doors could prevent an unauthorized person from coming into the school, but there are still things Lincoln can do to ensure that every student is prepared for any type of conflict.

Junior Daniella Vick says, “We should be taking lockdowns seriously. We had [so many] fire alarms in one day and people are laughing about it. We need to take these things seriously. People aren’t taking the safety into consideration during the drills.”

Junior and co-leader of the Never Again club, Gabby Cosey wonders why there isn’t more security around campus.

“How many urban schools don’t have metal detectors? Not many,” she says.