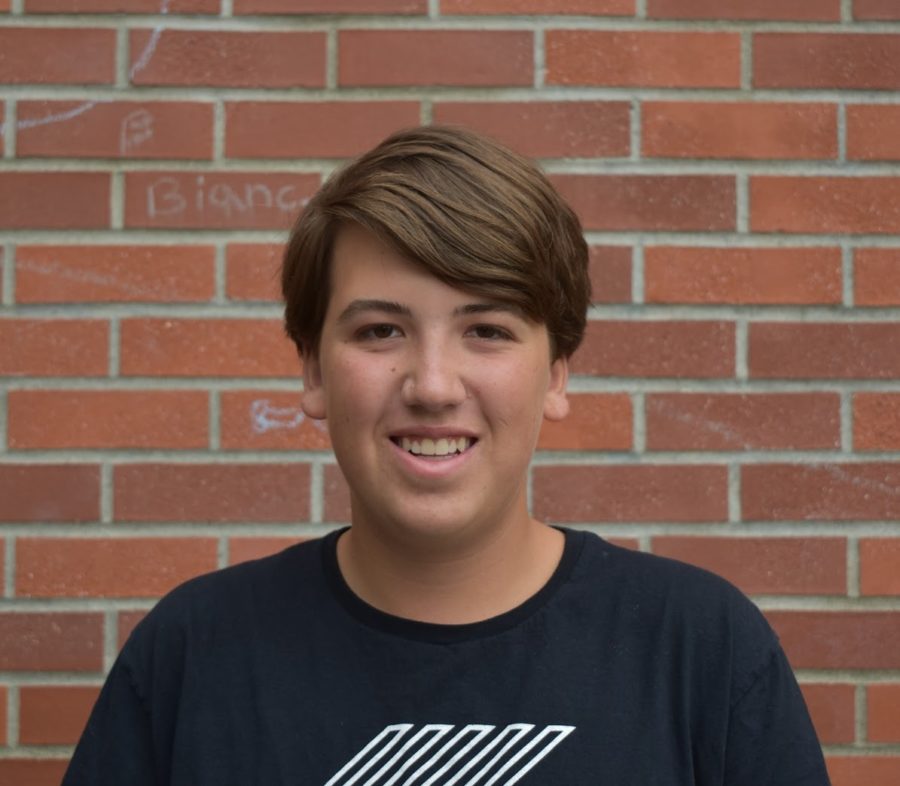 For the three years that senior Xander Levine has spent working on the Cardinal Times, he has held the positions of Business Manager, Social Media Manager and photographer.

As a part of the Cardinal Times, Levine was able to report on things he cared about.

“Newberg school district banned pride and BLM flags, it mattered so much to me and I felt like I had to report on it. I enjoyed writing about it,” said Levine.

Levine has also reported on activism that the Lincoln community participates in.

“I attended the Youth Climate Strike as a photographer in September of 2021, I captured photos that really showed youth using their voices for change and loved it,” said Levine. “My photos made the Oregonian and were featured on KGW.”

Levine takes pride in the work he has done for the Cardinal Times.

“I played largely a behind the scenes role on the paper, doing what was needed, when it was needed,” said Levine.

Working for the Cardinal Times was not only beneficial for the paper, but also for Levine.

“It has provided [me] a head start of knowledge on journalistic practices. I’m taking what I learned from Cardinal Times, to college,” said Levine. “I plan on majoring in journalism and public relations at Cal Poly, San Luis Obispo.”

Levine feels that working for the Cardinal Times enriched his high school experience.

“I have enjoyed my time on the Cardinal Times immensely, it has truly made me interested in news and government, and [changed] how I look at news reporting,” said Levine. “Cardinal Times allowed me to explore a career path and inspired me to really go out and document the world, and keep people informed.”

Donate to The Cardinal Times
$775
$1000
Contributed
Our Goal
Submitting donation...