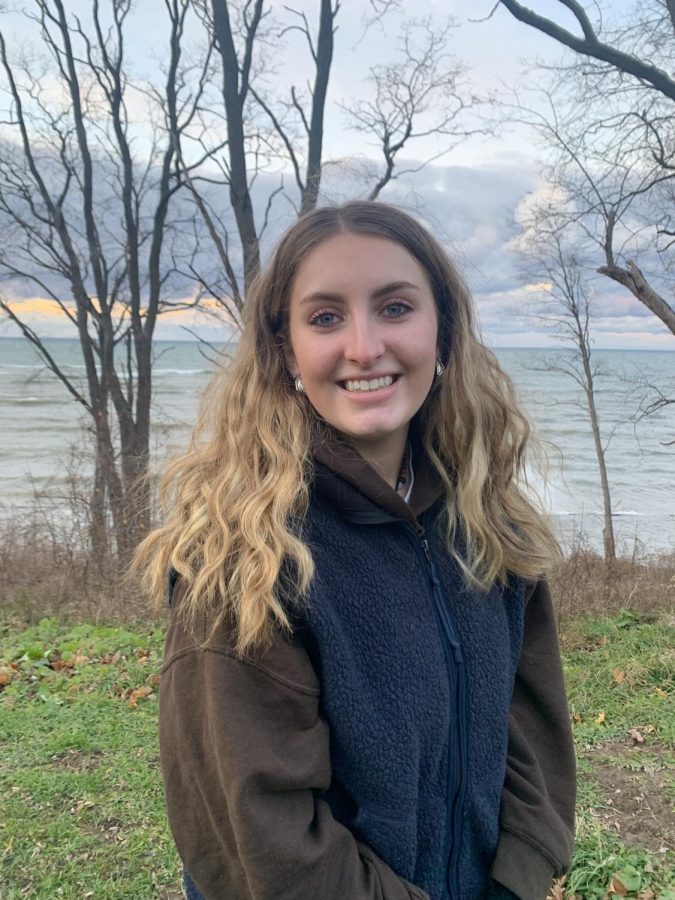 Senior Hadley Steele will be attending The University of Washington in Seattle, Washington this coming fall where she plans to study social work.

Senior Hadley Steele has been on the Cardinal Times since her sophomore year. She started on the staff as a designer, was managing digital editor her junior year and by her senior year, she had worked up to become one of two managing print editors her senior year.

Steele looks back fondly on spending time with her peer reporters and working together as a paper.

“My favorite memories were the after school design days that we had in my sophomore year when I first started on the paper… we all bonded a lot,” Steele said.

Over her three years on the newspaper, she focused several articles on the houseless community in Portland which became a big part of her writing as she learned more about the programs that are working to address the needs of houseless people.

One of the programs Steele wrote about is Outside In, a health clinic available to houseless people located across the street from Lincoln on 13th Ave.

“I focused a lot on houselessness when I was writing for the Cardinal Times…” Steele said. “ I interviewed someone from Outside In across the street and it was definitely the most interesting interview that I’ve ever had, because she told me so much about a program that I didn’t know about even though it’s right outside of our school.”

Although Steele doesn’t think she will be involved in student journalism during her time at University of Washington, she still wants to incorporate values from the Cardinal Times into new parts of her life.

“I don’t plan on doing student journalism, but I want to do something with social work. So that to me is similar in the way that you are advocating for people [to journalism] and speaking up for things that you support,” Steele said.

As an IB diploma candidate, Steele faced a rigorous course load on top of writing for the newspaper and being involved in a variety of extracurricular activities.

“Going into full IB and things, I wasn’t expecting to have a good time or be celebrated for doing as much as I did, but looking back on it, I’m proud of myself for pushing myself,” said Steele.

Through all her hard work at Lincoln, Steele learned a lot about herself and is stepping into her future at university with a new outlook on balance.

“The biggest thing is finding balance, because I feel like a lot of high school is doing things in school and also having so much to focus on in your own life… Time management and working on keeping yourself sane in all the things you are doing,”  Steele said.

As Steele moves on from Lincoln and Portland, she is looking forward to her future in Seattle.

“I’m excited for starting anew, even though I really enjoyed my time at Lincoln. I am excited to try new things and meet new people,” Steele said.