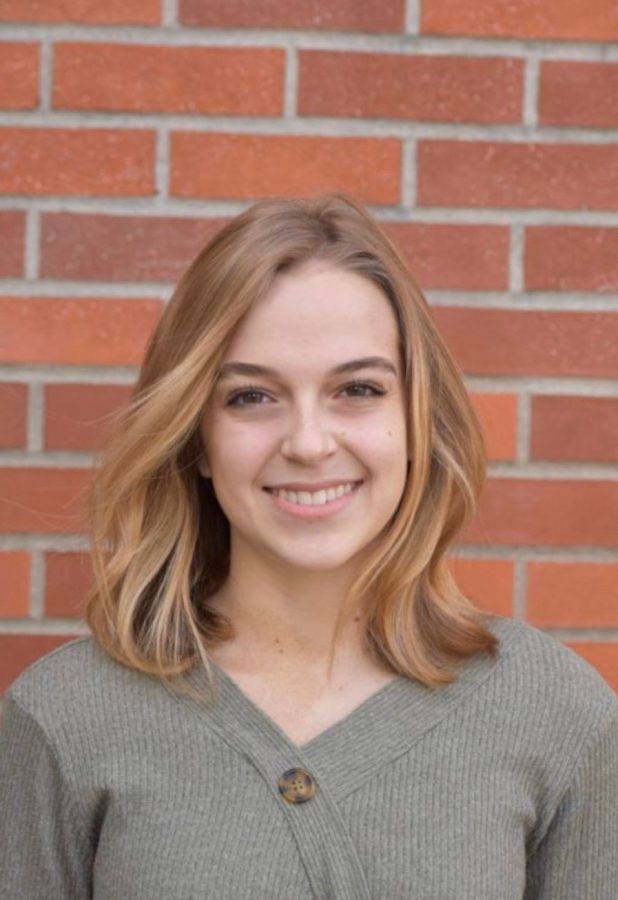 While the Lincoln community only got to experience senior Kiley Hearst for two and a half years, her presence in the school and on The Cardinal Times will be greatly missed by all. Hearst’s blend of leadership skills and kindness was a great asset to the paper, something the whole newspaper staff will miss.

Hearst was the paper’s news and features editor this year, and even though she had to split her time between the publication’s sixth-period class and German 9-10, she always attended at least half the class period to help out and edit pieces to create polished work.

Hearst joined the Lincoln community in January of her sophomore year after spending seven months abroad in Germany.

Hearst took Mass Communications as a junior, where she wrote a handful of articles that were featured in the paper. She continued onto The Cardinal Times as a senior because she loved the class and was excited about the opportunity to be an editor.

“I enjoy being an editor because I can go in and read other people’s pieces and get insight into what’s going on in the school,” says Hearst. “I also really like the opportunity to go and talk to other people and actually get information that I can write about and find topics that I think people should know more about and really package them in a way that I think people would enjoy learning about them.”

Hearst’s favorite article was a staff profile she wrote on a coworker last year.

“It was really cool to see this other side of her that I had never known existed,” says Hearst, as she learned that her friend was using her role as a Girl Scout to promote dental hygiene in kids across Portland.
When Hearst isn’t writing, she can always be found in the kitchen, baking treats for her friends and family. During quarantine, she’s had even more time to perfect her baking and cooking skills. Hearst is also using this time as an opportunity to learn how to cross-stitch, a skill that goes along with her favorite class at Lincoln, Art of Product Design.

Hearst was very disappointed that her time at Lincoln ended early and she was not able to participate in many senior traditions.

“My favorite memory at Lincoln might be watching all the seniors walk into the assemblies and then [hoping to] finally get to do that myself– although I didn’t get to do it at the end of the year like we all hoped,” she says.

Hearst enjoyed her time on The Cardinal Times staff. She describes the best part of being on the paper as “just being able to sit around the table with everybody and see everyone’s faces and… talk to a bunch of people who have really cool ideas for where they want to see the school going and what things they think are important to bring to the rest of the community.”

Hearst mentored junior Bella Lo this year, who will take over as the next news and features editor.

“My favorite part about working with Kiley was how she made me feel welcome as a reporter on The Cardinal Times staff. I am very grateful for the training she gave me,” says Lo. “Making sure I knew what to do and answering my questions at each stage in each production cycle made me feel more comfortable transitioning into the editor role.”

Lo will miss Hearst’s maturity, kindness, passion for journalism and leadership skills that she brought to the class.

“I noticed from the start [of the year] how caring and nice she was to her fellow classmates and also how funny she was. Kiley always knew how to answer our questions and made sure we were on track as news and features reporters. I looked forward to working with her each class,” says Lo.

Hearst will be attending UC San Diego next year, where she will be pursuing a STEM major and might write for the paper. As she departs Lincoln, Hearst had a message for The Cardinal Times staff.

“I’m really grateful for the chance to work with all the really cool people within The Cardinal Times and these awesome people who love to write,” she says. “It’s been a real pleasure to get to know everybody.”