The right to protest meets right to an opinion 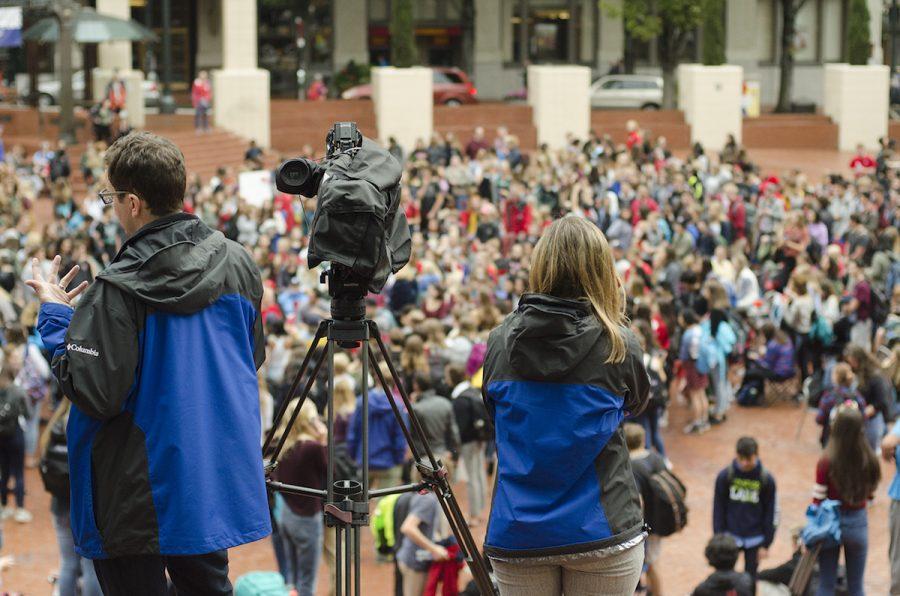 The Lincoln walkout was followed by all the major Portland news outlets, some of which allow comments on their stories. The comments was largely negative toward the walkout participants.

The Lincoln walkout produced a range of opinions, some positive and some negative. But many Lincoln students agree on one thing: our school came together as a whole on that day.

Still, no matter how proud the marchers felt, there’s always going to be the Negative Nancy– and they made sure to get their voices heard.

Across Portland, news of the walkout surged from newspaper to block to broadcasting stations. Soon after the event began, most of city was informed about the protest. Journalists from local news  outlets walked with students in order to get full coverage of the story.

Among the more thorough articles on the walkout were ones by The Oregonian/OregonLive and KGW.

A popular saying is that “There’s always two sides to a story,” and that holds true for this vast protest. OregonLive allows comments to be posted to their articles – names and photos included. More than six hundred and ninety comments were posted as of September 13, and all were very opinionated.

The night of the walkout, screenshots spread through Instagram and Twitter of negative comments about the students who participated in the protest and Lincoln as a school in general.

Some of the stronger comments include “Rich yuppies… they should get their mommies and daddies in the district to foot the bill…” and “Caption: I don’t have a brain but I have a loudspeaker and that’s even better. Look at mommy and daddy. I’m on TeeVee! Can I have that Miata convertible now?”

Students passionate about the walkout soon began to get involved and started to respond. One was senior Ella van der Meulen. She said that they were “completely unacceptable.”

“I was really angry when I first saw the comments,” she said. “As a community, I think we all came together and were all passionate about the walkout. To see older people being mean about it and putting us down for doing something we thought would be beneficial to us as a school – it made me feel really mad.”

Social Studies teacher Blair Hennessy said, “I think there’s a single story of Lincoln and I know that students were really hurt by the comments,” referring to Lincoln’s reputation of wealth. “I think it was also a humbling moment for the students to fight through that and fight through those comments. There’s work to be done in a community to dispel those single stories.”