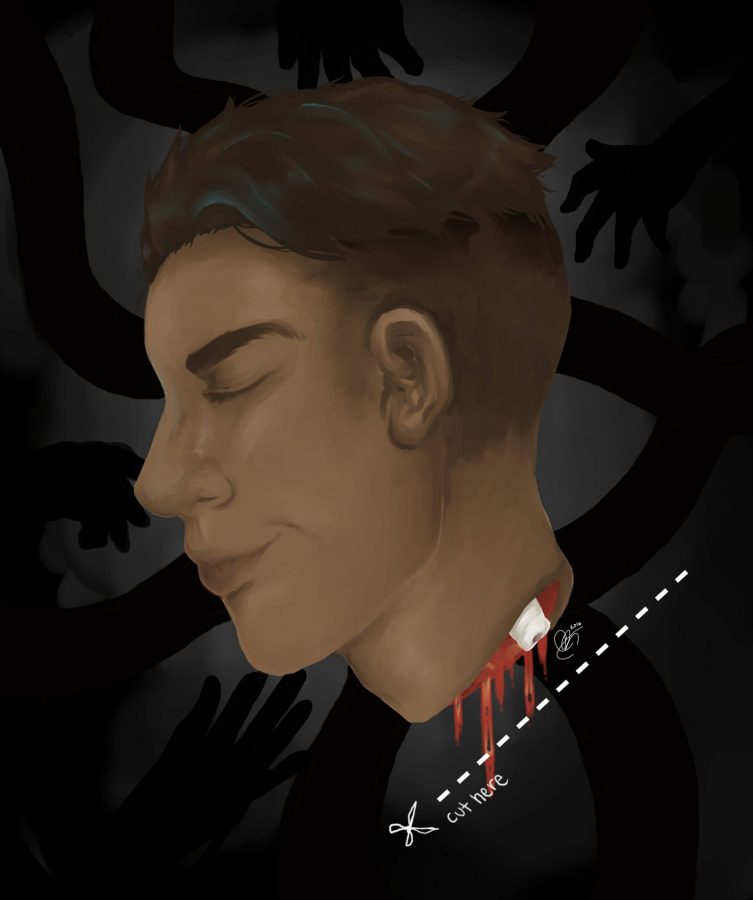 The connection between reconstructive cosmetic surgery and art may seem tenuous, but Carrie Anne Jones is bridging the gap. “The surgery world is oddly related to art, so I make them work together,” Jones says.

Carrie Anne draws, paints, makes prints and recently started doing embroidery, but her end goal is to become a surgeon. She’s heading to Whitman to major in bio and minor in art.
“I chose Whitman because I wanted a smaller liberal arts college and because of the community. All of the people there were really great and they have a really good art program and multiple options for pre-med majors,” Jones said.

Carrie Anne takes IB art, and this year combined her interests by doing her thesis on anatomy. This work led her to embroider a shirt with a colorful and intricate pair of lungs, winning her a gold key in the Scholastic arts competition. She even went on to be nominated for the Oregon American Visions- a collection of the best of the best of Scholastic winners.

“I get a lot of my ideas in the middle of the night, like I’ll wake up like “ooh, art project!” I do most of my work either at school or in my room at home. I spent a summer in Italy and I got a bunch of inspiration from stuff I saw and worked with there,” Jones said.

While she has plans to start an Etsy to sell her art in college, her ambition doesn’t stretch much farther.

“I don’t think I’ll ever do it as a career but I think I’ll always have art stuff going on on the side. I can’t see myself not doing it.”