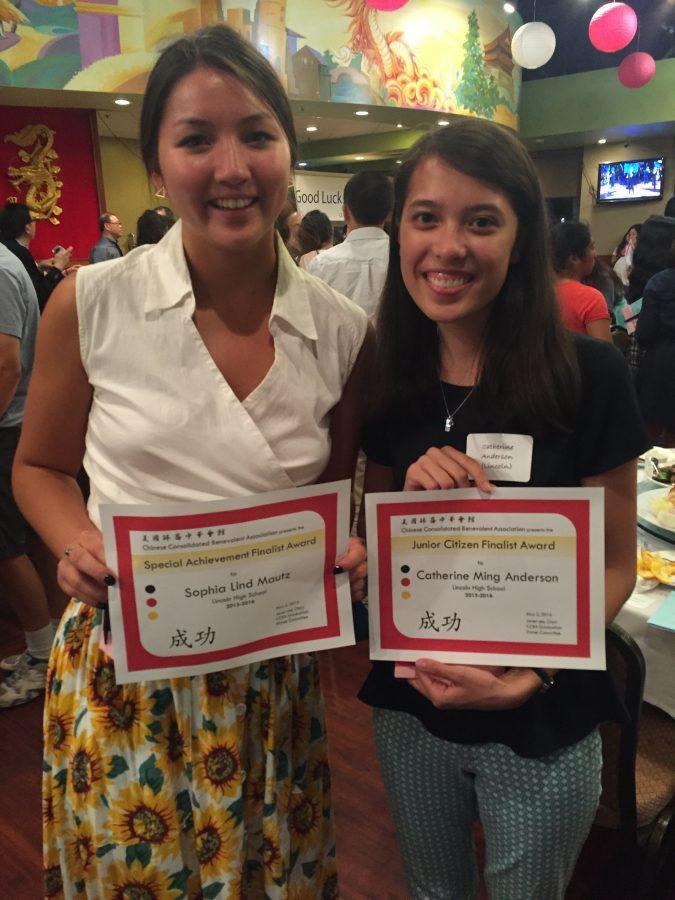 Countless plates of Chinese food flowed from the kitchen to the tables of hundreds of students from the Class of 2016. The Chinese Consolidated Benevolent Association (CCBA), which serves the local and statewide community  through its education and cultural programs. held its annual high school graduation dinner May 2.

“(Winning) was a little unexpected but I was happy that I was chosen as one of the people that they recognized. It’s really empowering to meet more people who are Chinese and who I can connect with. At Lincoln I don’t get that a lot so it was just really nice connecting with them and talking about Chinese things,” says Lee.

Mautz was recognized for her creative writing and art.

Information about the CCBA Scholastic Award and the Liu Chi Memorial Scholarship was distributed and can be found at http://www.oregonccba.org.