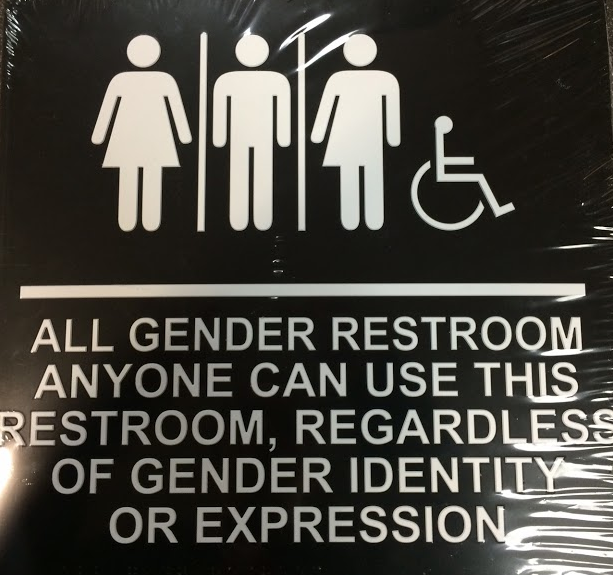 Every day, students stroll in and out of the boys’ and girls’ restrooms without a second glance. That differs for some. Transgender students feel uneasy with the doors’ iconic male or female symbols.

At Lincoln, some students are pushing for all-gender restrooms. They want more concrete solutions than the Portland Public School’s policy, which allows students to use any washroom their gender identity matches. While Lincoln offers access to faculty restrooms by obtaining keys from the office, advocates remain dissatisfied. They say it is unfair to wait until a new Lincoln is built by 2020 to address the issue.

A committee from the Queer Student Alliance says all-gender restrooms at Lincoln are needed now.

“We have a big trans and queer population at our school.” She believes gender roles should be abandoned.

Mays and other advocates spoke to all freshman and sophomore health and physical education classes to promote their message.

QSA promotes  a “comfort and non-anxious environment,” advocate Rachel Lutz says. It is  an issue of equity and safety for all students. Research backs them.

The proposed all-gender lavatory would merely cost $20 for a new sign, advocates say. Some PPS schools have opened all gender restrooms including Grant High School.

QSA’s restroom plan aims to reject gender roles altogether. Mays, Lutz and the the other Lincoln advocates seek to move away from classifying people and restrooms by gender. Lutz feels Lincoln’s political climate is “at worst superficially tolerant” and students attempt to be “as politically correct as possible.”

Among critics of the idea, sophomore Kiran Morrissey recommends an exclusive transgender restroom.

“[It] would be better if they had their own bathroom instead of replacing another one so it’s safer and better for them,” he says.

Whether or not a restroom replaces a current one, Principal Peyton Chapman hopes to open one in 2020.

(Box) Transgender people have been increasingly vocalizing their identities. Those who personally knew transgender people in 2014  have increased this year, says the Human Rights Campaign. While 17 percent of survey voters were personally aware of them two years ago, 22 percent knew them in 2015. Despite the raise in transgender awareness, there remain some staunch dissenters to lavatories.