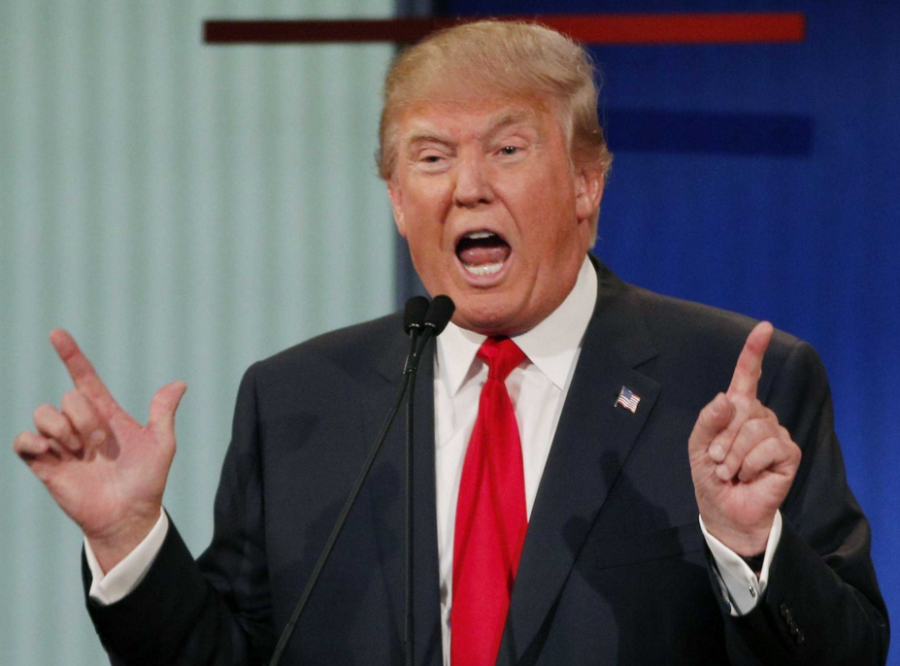 Presidential hopeful Donald Trump has received much backlash for his proposed ban on Muslims immigrants to the United States. Roughly 58 percent of Americans oppose Trump’s idea, according to polls.

The frontrunner for the GOP nomination recently suggested the ban after his call for surveillance of mosques, creating a Muslim database and rejecting Syrian refugees, many of whom are Muslim. He also has ejected Muslims silently protesting at one of his rallies.

Several Americans and others around the world spurned his plans.

It’s no surprise that Trump’s language of fear doesn’t connect with Lincoln students, largely seen as liberal and tolerant. The school’s Muslim students scorn Trump and his ideas. .

If they vote for Trump, he says, “they’re doing the wrong thing – the worst decision they could make.”

Other Muslims such as sophomore Semeredin Kundin were more disappointed than rattled by Trump, even though Kundin respects Trump’s acolytes. “Everyone’s entitled to their own opinions.

Nawaal Imam, another Muslim student, also disdains Trump. Like Kundin, she believes people are “entitled to their own opinions.”

However, Imam also finds that Trump’s plan “is in direct contrast to the Constitution, which promises the freedom of religion.” She wonders how he can “enact this ban as well as uphold the Constitution.”

Imam’s Muslim family and friends are also “disgusted and offended” by Trump’s proposal. However, she has dealt with Islamophobes most of her life so her daily life was hardly affected by the billionaire’s increasing clout.

“It worries me that many people are willing to put him in control of our government.

If elected, Trump would set the country back decades, she says.

“He’d represent a U.S. that, in my opinion, would vaguely resemble that before the Civil War.”

“All the candidates have good and bad,” Lu says.

He argues that Democrats vilify Trump by citing the Islamic State’s propaganda videos of him as a recruiting method.

On Trump’s Muslim proposal, Lu  says that he “can see why he wants to do it,” but he believes “the reason can be very dumb. I most definitely do not support him for his Muslim views.

Trump’s firm views sparked protests beyond America. More than half a million Britons signed a petition to block him from entering the United Kingdom. However, British Parliament refused to ban Trump.

In spite of widespread controversy, many potential GOP voters endorse his temporary travel ban. In fact, two in three of them back him, a Bloomberg poll reports. And of those, one-third are more likely to vote for Trump.