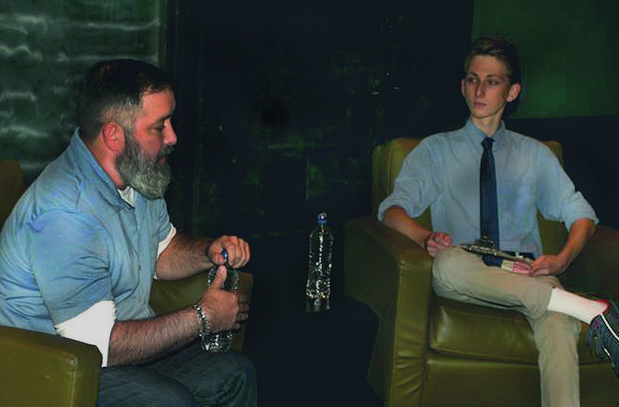 Michael Ioffe’s precocious interest in business is playing out in a free speaker series featuring local entrepreneurs. Ioffe, a junior at Lincoln, hopes this gentle introduction to the world of business will especially appeal to young people, though the events are open to all.

“The first talk went better than expected, it was really fun,” Ioffe said. “The talks will be interesting for anyone,” said Ioffe. “You don’t have to know whether you like business or not, now is the time to give it a try.”

Ioffe says he  developed a passion for business in middle school.

after attending a business event and seeing how engaging business can be.  Ioffe has always tried to spread his excitement about  business throughout the community and especially to young people.

Each speaker has his or her own personal business experiences and advice. They all want to inspire the youth of today to take business into their own hands, Ioffe said??.

Organizing the speaker series has not been easy,, from presenting the idea to the school board to contacting the speakers. “It seemed like every time I made progress, another problem showed up,” Ioffe said. “For a while, it seemed like nothing would ever happen. I had to organize volunteers, market the event, and script the talks.”  Nevertheless, Ioffe prevailed, organizing seven compelling business talks by local professionals. Every usher and speaker and volunteer. The licence to hold the talks was funded by donations however Michael is searching for a sponsor.

Ioffe is not all business; he is currently a full IB student, juggling the responsibilities that come with school and running a speaker series. He also has been working part-time as a salesman for a local medical video startup, ReelDX.

“This year has been extremely busy and difficult,” said Ioffe, who has been featured on KATU news and even the Portland Business Journal.