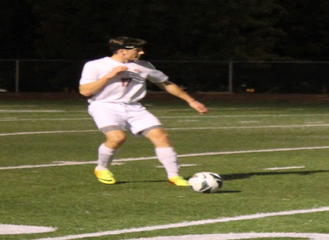 As the soccer season progresses, the boys’ varsity team has picked up another win by beating Franklin at home 3-1 on Oct. 8.  The first goal was scored in the first half when junior William Liu scored off of a corner kick which fell perfectly for him to shoot just inside of the box.

After the second half started, junior Dylan Temple scored, giving him his first goal of the season, and senior Tim Kirchholtes picked up a goal as well. It was too late for the Quakers, though, as they were only able to respond once with a goal late in the second half. Lincoln (3-0, 4-5-1 overall) awaits its next game at Cleveland (1-0-2, 2-4-4 overall) Oct. 14.