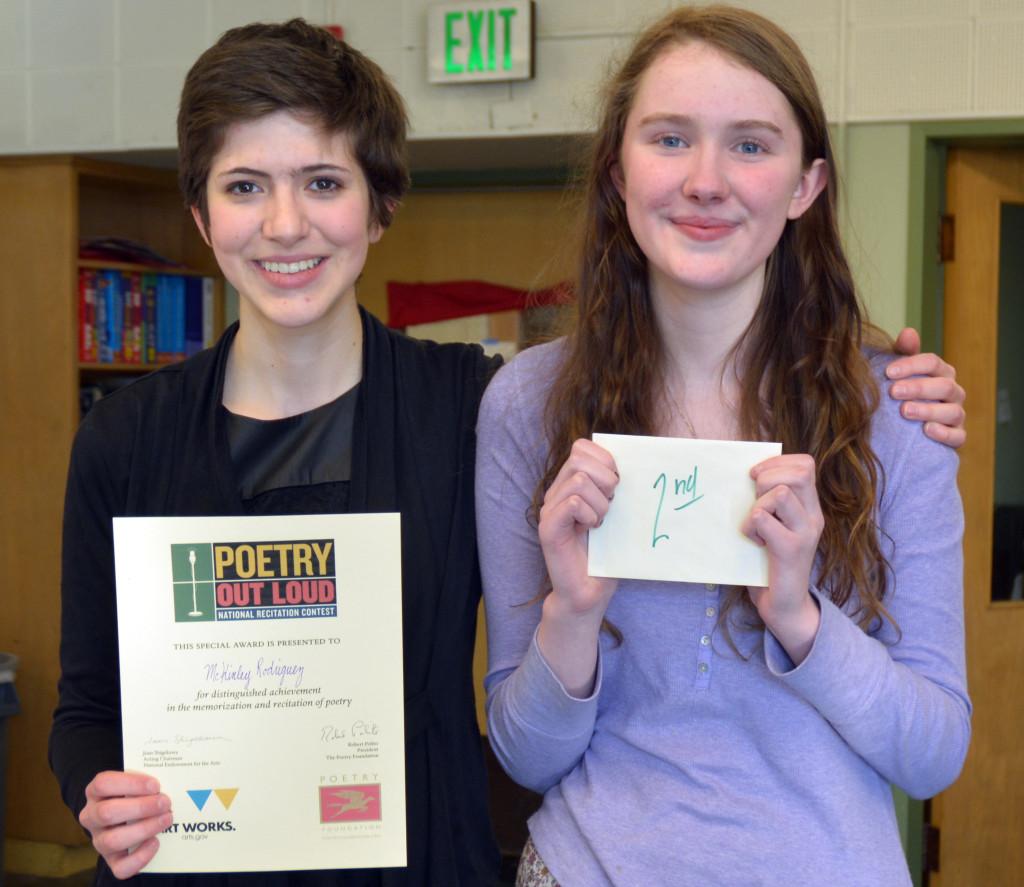 Six of Lincoln’s poets competed for first place in the beginning round of Poetry Out Loud Feb. 28 in rm. 169, each reciting two poems. First place was won by senior McKinley Rodriguez who read Cadillac Moon by Kevin Young and What to Say Upon Being Asked to Be Friends by Julian Talamantez Brolasi and second place was awarded to sophomore Mai O’Neill. The nationwide poetry recitation contest for 9-12th graders begins in classrooms at individual schools and ends at nationals in Washington DC. Around 375,000 students nationwide enter, but there is only one winner who is awarded $20,000 and an additional $500 for the individual’s high school to purchase poetry books.

This year’s contestants included seniors Kathryn Liu and McKinley Rodriguez; junior Tricia Daly-Welle; and sophomores Ana Nichols and Mai O’Neill. Both first and second place winners are members of the speech of debate team. “I love poetry recitation because it allows me a more intimate relationship with the poem,” O’Neill said. “My time at speech and debate definitely prepared me for the competition. I do much more speech than debate which is probably the reason I made second place.” State will be held on March 15.