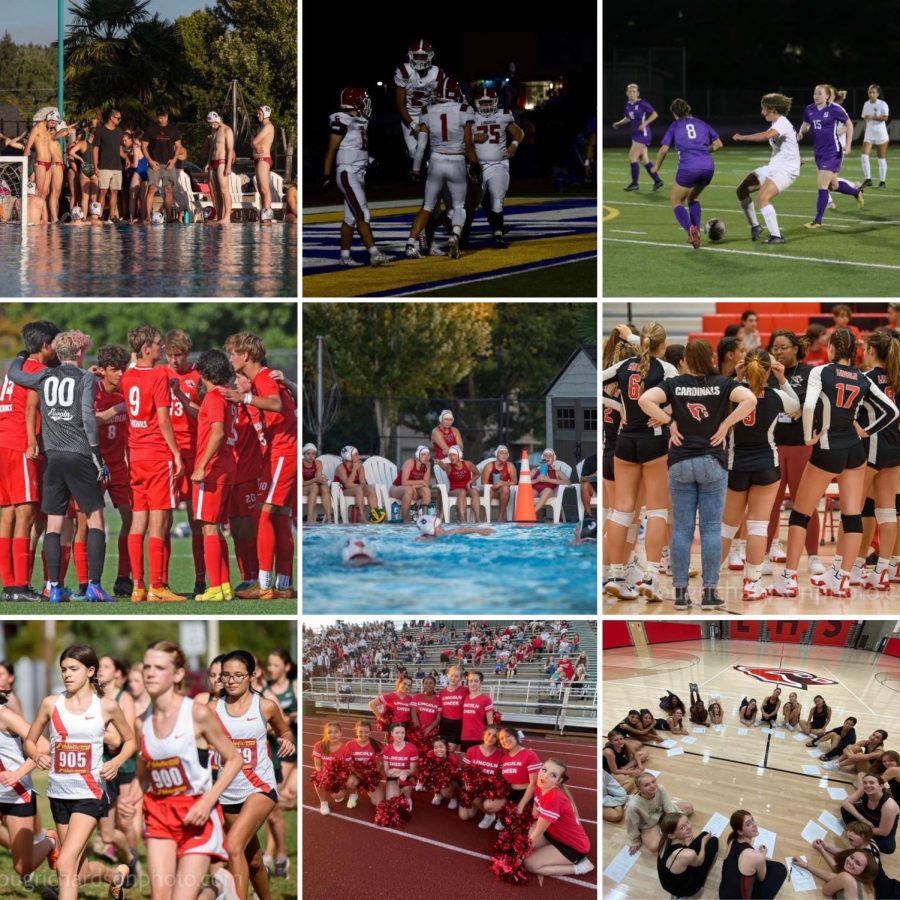 Fall sports teams gear up for a new year.

The fall sports season is now in full swing.  These are the highlights as of September 20.

Boys Water Polo: The boy’s water polo team has started their season off strong with five wins and two losses. Senior Ewan Boyd is optimistic about the season.

“We are all working super well together and I’m expecting some great things from us,” said Boyd.

“In all of our games we have seen things we are continuously doing well at, and we also see the things we need to work on as a team,” Russell said.

Girls Soccer: Lincoln girls soccer is currently in the preseason. After defeating last year’s 5A Champions, Wilsonville, the team has high hopes for the rest of the season. Their current record is 4-2.

We push each other on and off the field, and have created a really strong bond and culture within the team,” said senior Rocky Buehler. “Our ability to work together and play to each other’s strengths is going to be key to getting strong results this season.”

Boys Soccer: Lincoln boys soccer is sweeping the competition with a 5-0 record. With their recent win against Summit, last year’s state champions, Lincoln is now ranked 1st in the state of Oregon by the OSAA. Senior Zack Andoh spoke to the team’s success.

“The biggest thing we have taken from our wins is that we can’t get carried away… A lot of teams have fallen [to that] in the past,” Andoh said.

“Our teams unity, combined with hard work and dedication has made Lincoln a national powerhouse for this years cross country season,” he said.

“We have a lot of talented new people on the team and they are catching onto all of the material really quickly,” Levow said.

Volleyball: Volleyball has won six games and lost five games. After their recent loss against McDaniel, sophomore Anna Jendsen has thought about the importance of mindset.

“Volleyball is a very mental and energy-driven game. Throughout the season I have been working on maintaining a positive and supportive attitude,” Jendsen said.

Dance: Lincoln dance team has done exciting things in preparation for the 2022-23 competition season. They just completed their choreography for their pom-pom and jazz routines.

Football: The current football record is 1-2.

“We started off slow but now we’re really clicking and things are looking up.” said senior and starting quarterback Carson Wacker. “We’re entering a zone that is electrifying and I’m really excited for what’s to come!”