The Cardinal Times • May 23, 2022 • https://cardinaltimes.org/19267/news/lincoln-seniors-announce-their-commitments-to-the-military/

Lincoln seniors announce their commitments to the military 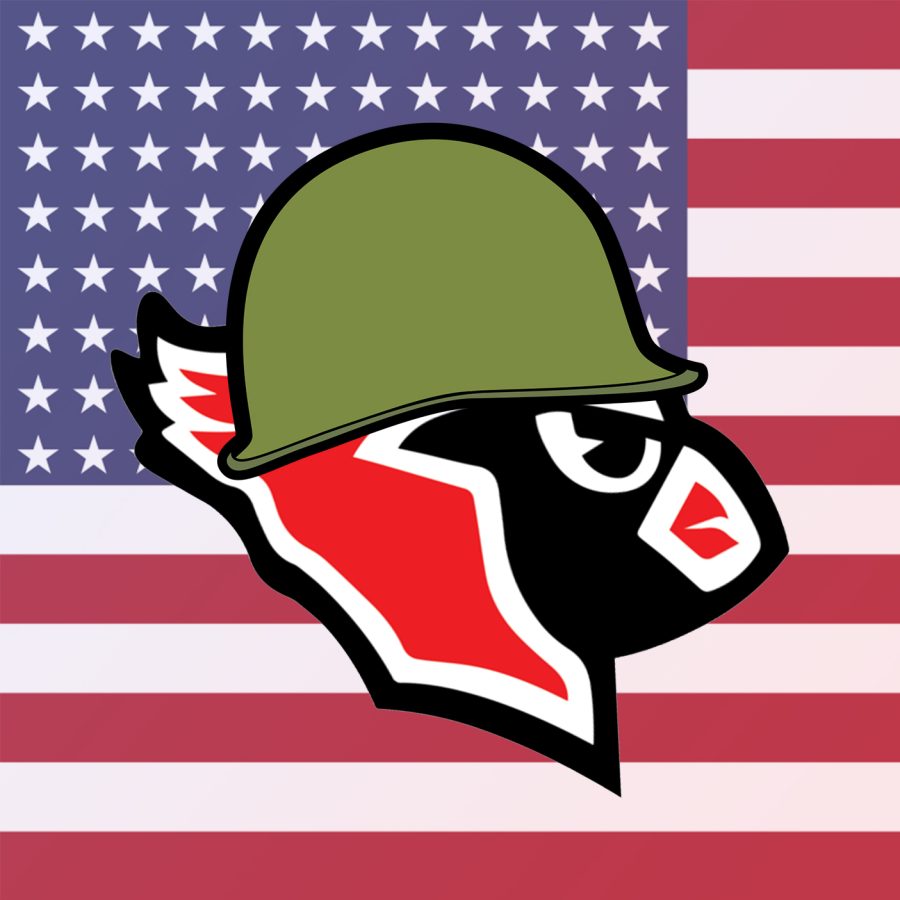 Three times every year in the Portland Public Schools (PPS) district, spokespeople from the military come to recruit students. The military serves as a potential career path for students right out of high school. This year, several students are joining the military after graduation, seniors Morgan Aldersesa and Gabe Chan among them.

In November of 2021, Aldersea officially committed to the military after enlisting through the Military Enlistment Processing Station (MEPS). MEPS is an Oregon military base where applicants sign up for military duties.

Aldersea attributed her decision to her family’s history in medicine and the military.

Not only did her mom act as a military nurse, but her uncles also served. “Nursing is in my blood,” said Aldersea.

The medicine branch of the military comes with many responsibilities, but Aldersea knows that she is more than capable of achieving them.

“As a medic, my role is to ensure that people get home to their families and loved ones,” said Aldersea. “It’s also about building a connection with the patient you are helping.”

In her four years at Lincoln, Aldersea found a lot to enjoy, including the yearbook class. Faculty members Mary Rechner, Shannon Fasold and Ben Malbin have helped and supported her.

“They’ve been some of the most influential teachers for me […] and I work with them quite frequently,” said Aldersea.

Though Aldersea always appreciated her education through high school, she saw Lincoln as more of a college driven school.

“I love learning and I love some aspects of school, but you have this overwhelming expectation to be at the top of your class and take full IB and go to a good college and that’s just not me,” said Aldersea. “I want to be a part of something bigger than myself. I want to help as many people as I can.”

The military is a way for her to achieve this goal without the stressful environment of a nursing school.

“When I found out that I’d get experience before even going to school, I was filled with so much excitement,” said Aldersea.

A few weeks after the school year ends, Aldersea will leave to start the basic training in Oklahoma.

Gabe Chan also publicized his commitment around November 2021 at the MEPS center. He will serve as an Army Motor Transport Operator or 88M. This position moves supplies, personnel and cargo.

After joining the military, you receive instant compensation, along with a salary of around $40,000 for the 88M position. Chan cited this as the main reason why he joined.

“They give you a $50,000 signing bonus based on some qualifications,” said Chan.

However, Chan did not develop his interest in the military through Lincoln or its military recruitment visits. His interest sparked when a sergeant reached out to him about his future plans.

“He was talking to me about whether or not I needed to pay for college,” said Chan. “And we kept in touch.”

Once the school year ends, Chan will leave for an army boot camp in Missouri on June 20 and report for duty at the Reserve Officer Training Corps (ROTC) afterwards.