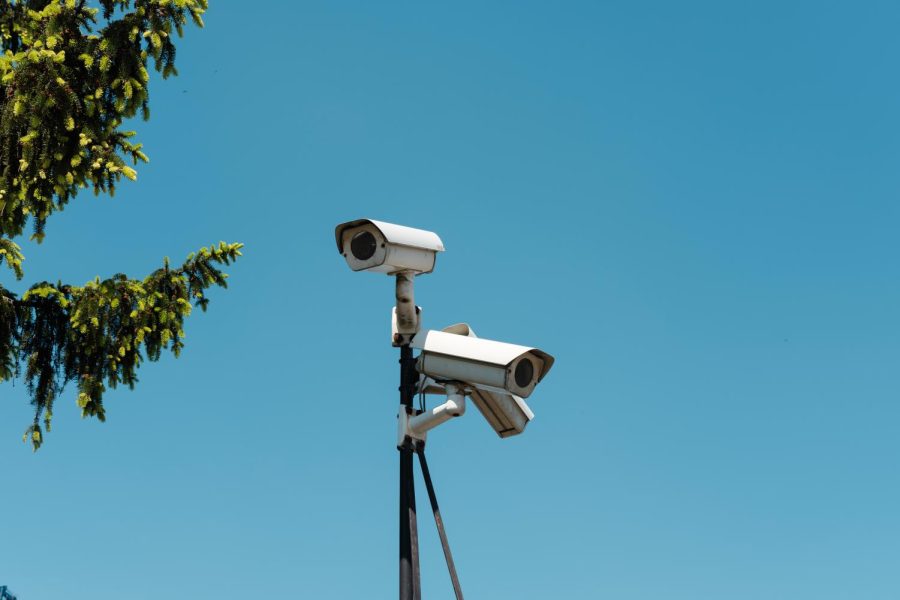 After passing facial recognition bans in 2020, the city of Portland is now working on surveillance technology policy.

Everyday the public is surrounded by surveillance technologies such as drones, security cameras and gunshot detectors. Portland is one of the few cities in the United States that has begun to regulate them.

Smart City PDX is a program that focuses on technology policy and is a part of Portland’s Bureau of Planning and Sustainability. According to Smart City PDX Open Data Coordinator Hector Dominguez, the program has been collaborating with Portland’s Office of Equity and Human Rights to work on privacy issues since 2018. The program’s initial privacy rights effort concluded with the City Council unanimously passing Portland’s Privacy and Information Protection Principles in 2019. Bans on facial recognition technologies were passed in 2020. Currently, the surveillance technologies policy is being worked on. Smart City PDX hosts public events for the development of the City’s surveillance policy, which Dominguez invites students to join.

Many citizens are concerned about surrounding surveillance technologies, which are used for collecting information from individuals or groups with the purpose of monitoring and tracking. Many of these concerns involve potential invasion of privacy and impact on civil liberties and rights, which the city is aiming to address through policy and education.

“The City is looking at ways that digital justice is included in how we use technology and information,” said Dominguez. “We want to make people aware that digital rights are also human rights, and that we can build a society that benefits from technology and minimizes the risks and negative impacts properly.”

Many groups and individuals are involved in advocacy on the topic and influencing city policy. One such organization is PDX Privacy. The organization was founded in May of 2017 by Chris Bushick to “bring about transparency and control in the acquisition and use of surveillance systems in the Portland Metro area, whether personal data is captured by the government or by commercial entities.”

“Our initial goal was to get a surveillance ordinance in Portland, and the City is finally now working towards enacting one,” said Bushick. “While we care about privacy in both public and private sectors, we decided to focus on the public sector first since public agencies are subject to public record requests.”

One major concern for both the city and advocacy groups is discrimination. Facial recognition, for example, has shown bias against people with dark skin color, women and the elderly. One example is a 2018 study from MIT and Stanford University in which researchers found that facial-analysis programs from major technology companies demonstrate both skin-type and gender biases,

“Historically, the impacts of surveillance technologies are bigger on Black, Indigenous and People of Color,” said Dominguez. “Other communities are also very impacted by surveillance technologies, including people experiencing homelessness, immigrants and refugees, non binary gender identified people, people with disabilities and people in poverty or depending on social services.”

Advocates are also concerned about biometric information collection. Biometric information is any measurement or data of a person’s physical and behavioral characteristics. This includes but is not limited to facial recognition. According to Dominguez, these technologies are used for identity verification, identification of individuals, and inference of attributes including individual mental and emotional states.

“Biometrics information represents people’s bodies and mental and emotional states. They are considered highlight sensitive,” said Dominguez. “Once they are breached to unauthorized users, they can lead to identity theft, invasive marketing and social manipulation.”

Additionally, the technology is not infallible.

“While manufacturers claim high accuracy rates, several studies have shown that false positives abound, and at least a few people have been arrested due to mismatches,” said Bushick. “Even if the technology worked perfectly, it would still violate our personal privacy.”

According to Dominguez, policy specifically focused on biometric information may be next, after the surveillance technologies policy development is complete.

“Surveillance on students is also an issue that we hear from the community. Particularly regarding the collection of sensitive information like mental health or social behavior, or the collection of biometric information,” said Dominguez. “Unfortunately, the City of Portland does not have jurisdiction over schools or the education system, except for shared spaces in private schools.”

These are only some of the many concerns emerging with the new technologies. Educating the community on the topic is another focus for SmartCity PDX.

“People in the community need to have a better understanding of these issues, which particularly will impact future generations in Portland,” said Dominguez.

As these technologies evolve it remains to be seen how policy will continue to evolve both in Portland and in other places.

“I would like to see more cities, throughout Oregon and beyond, adopt surveillance ordinances, and I would also like government at all levels—local, state and federal—to enact robust consumer privacy protections,” said Bushick. “In cases of overlapping jurisdiction, I believe that the stronger, more privacy-protective law should prevail.”