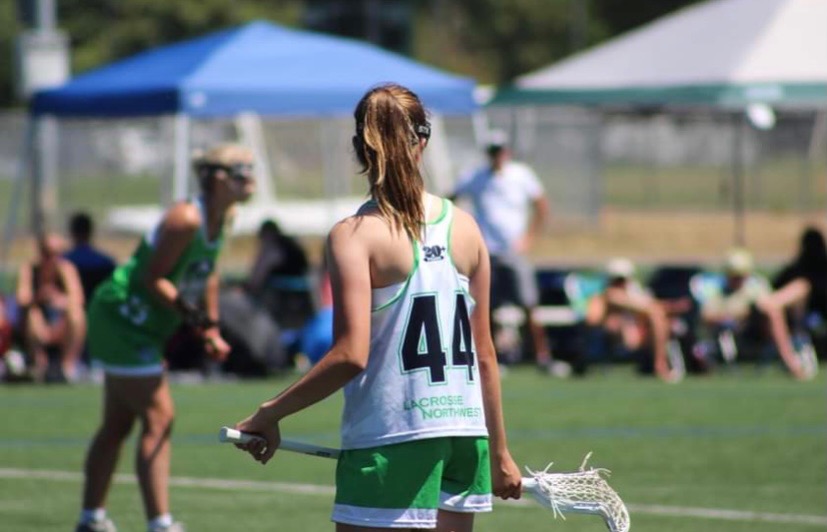 Freshman Laura Kurtz has been playing lacrosse nearly all of her life, and she can’t imagine it any other way. She began playing lacrosse early in her childhood and has since continued to play and improve at the sport. She will participate in her first high school lacrosse season this spring.

“[Lacrosse is] kinda a mix of soccer and field hockey; there are three midfielders, four attackers, four defenders, and a goalie. The rules are a little bit different since it’s a different game but the overall goals and strategies are pretty similar,” said Kurtz. She currently plays midfield and attack for Oregon Pride Lacrosse and attends preseason training for Lincoln’s team.

Growing up in California, Kurtz’s dad introduced her to lacrosse because he played in college, and she started in kindergarten. After moving to Portland in fourth grade, Kurtz soon began to play club lacrosse and has continued with it since. She’s played for both Lincoln Youth teams and her current club team. Now, after playing lacrosse for many years, she is looking forward to playing for Lincoln in the spring.

During preseason training with Lincoln, Kurtz noticed that she was playing with girls of all ages.

“At first it was intimidating because I was worried [the upperclassmen] were going to be a lot better than us and hard on us. I think that after we showed them that we can play pretty well they accepted us,” said Kurtz.

Kurtz is excited for her high school season because not everyone who plays on her club team goes to Lincoln, so she says she’s looking forward to

playing against her friends who go to other high schools.

However, because she’s never played a high school sport before, Kurtz says she is nervous about managing her time.

“During the season we’ll probably have practices or a game almost every day of the week,” said Kurtz. “I’m just going to have to try and find better ways of managing my time because my academics are equally important.”

Having played lacrosse for so long, Kurtz just can’t imagine her life without it.

“It’s changed my life in so many ways, it has given me something to do with myself, and given me so many amazing opportunities; it’s more than just a hobby,” she said.