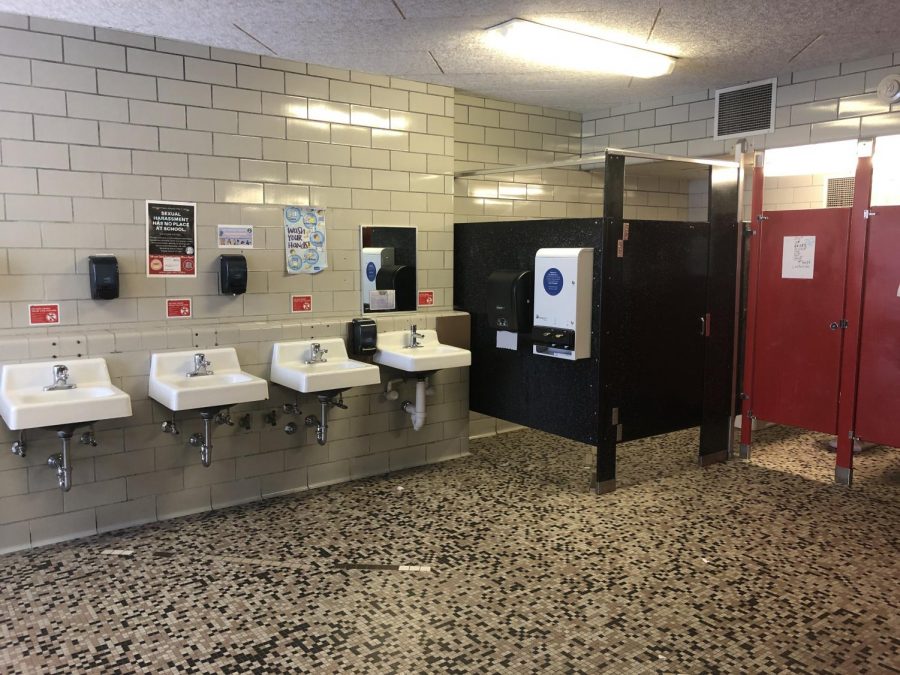 Devious Licks is an internet trend that has spread at Lincoln.

This article was written by a student in Intro to Mass Communications, the class that precedes The Cardinal Times.

Single videos on the social media platform TikTok have inspired thousands of others, starting viral trends that often include innocent activities such as dancing, acting and lip syncing. In September, videos on TikTok inspired illegal activities like vandalism and theft. This was part of the despicable, diabolical or devious licks trend, which has since peaked, but been replaced with a new list, full of new challenges and trends.

Devious licks was an internet trend that swept the nation, prompting high school students to lick (steal or vandalize) school property. Everything from hand sanitizer dispensers to toilets were “licked.” The average devious licks video looks something like this.

Some “devious licks” activity occurred at Lincoln, according to Vice Principal Christopher Brida.

“[It] led to some vandalism at the beginning of the year,” said Brida. “Particularly in the bathrooms, which to my understanding was a result of this trend asking the students to do that.”

Freshman Adele Betik knew about the trend and found it upsetting.

“The trend was just disrespectful,” said Betik.  “A lot of teachers have to buy supplies for their classes and students with their own money and all it was doing was taking it from them, which seems not cool.”

However, the devious licks trend hit its peak in late September, and hasn’t really been seen since. The main concern now is where devious licks came from. That challenge was one of many on a list that has been created and spread on Tiktok and Twitter. This list has new and even more diabolical challenges than devious licks. Some of these challenges are simpler, like ‘ditch day’ in May and others are more troubling, like this month’s ‘smack a staff member.’

However, Brida says “I trust Lincoln students enough not to slap a teacher, [and as the challenges on the list] get closer to illegal activity, I believe students will not participate in them.”

“Most of the things that it’s asking students to do are illegal,” said Brida.”Vandalism is punishable by school officials and assaulting a teacher would obviously not be warranted and students should not follow that trend. Those are the two that I know of. I haven’t heard of [‘ditch day’] specifically but also that sort of a trend doesn’t need devious licks to prompt it. Students do that sort of thing all of the time.”