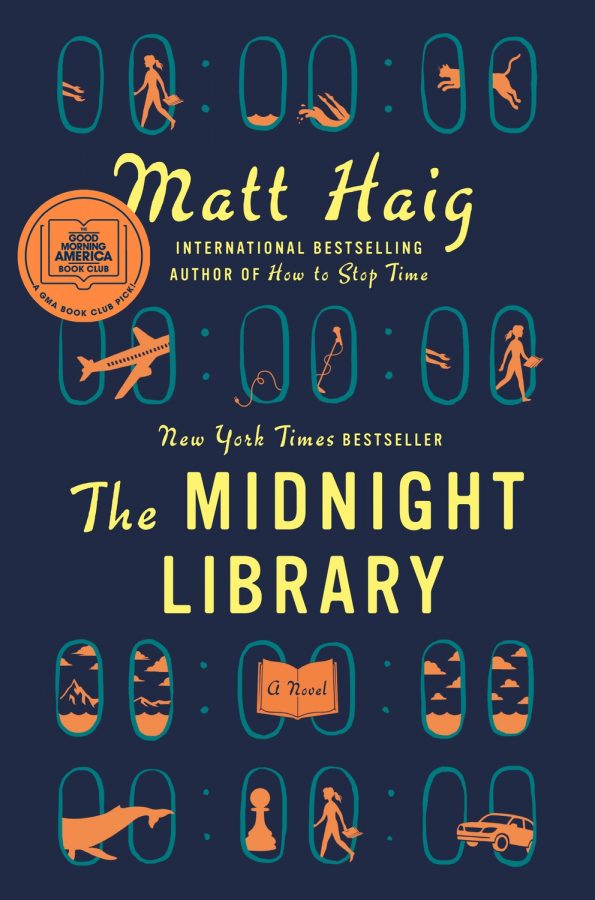 We all have regrets about decisions that we have made. We all worry about the consequences of decisions that we are about to make. But what if you could go back and change them? In “The Midnight Library” by Matt Haig, Nora Seed gets the chance to do so.

As Seed searches for the perfect life, she faces her biggest regrets, sees other people’s regrets and observes changes around her that previously rarely crossed her mind at all. Experiencing an infinite number of possible lives reveals how each creates different outcomes for both Seed and the other people in her life. There is a version of her who won Olympic medals, another who is a country pub owner with her ex-boyfriend, and another who is a researcher in the Arctic. The possibilities are endless.

The book explores the pitfalls of romanticizing the paths that one might have traveled had they made different choices, and also touches on how greatly other people’s expectations influence our actions and regrets. The book concludes with a basic, yet meaningful, message: who you are is based on your experiences.

“The Midnight Library” is fairly short, with 304 well-paced pages. It kicks off quickly and stays consistently captivating. While the book explores concepts from science fiction, its strength is in the mystical handling of its subject matter. The book doesn’t explain her experiences in the library in scientific terms but instead focuses on mystical and philosophical questions.

While the main characters are no longer in high school, the story is still relevant for young adults. As high schoolers, we are beginning to make choices that are going to majorly impact the direction of our lives. The book is comforting because it highlights the fact that the alternate realities we imagine are just as challenging and bittersweet as the reality in which we exist. The path we follow is the path that makes us who we are.

“The Midnight Library” is a mystical story that can point out the danger of constant regret. In a world where we are constantly challenged to make important decisions, this is a powerful, much needed message.