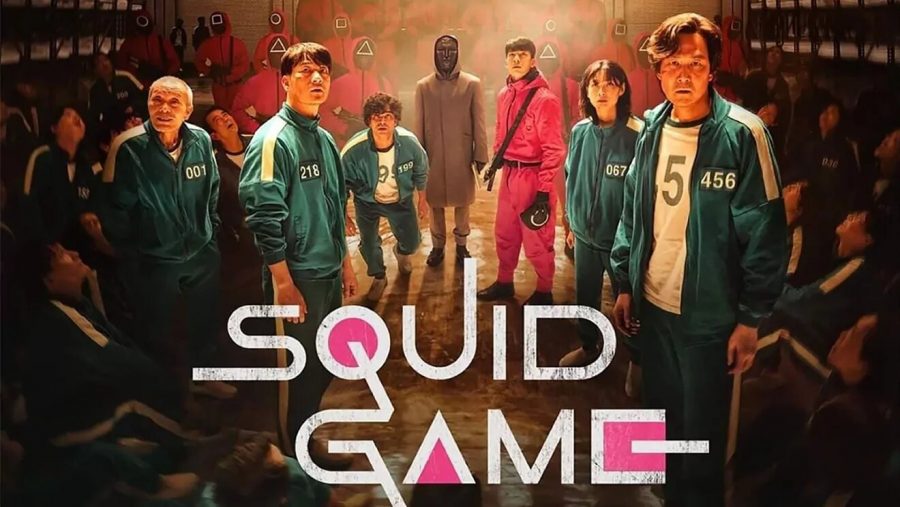 Squid Game captivates audiences around the world with its message on wealth.

In a world of increasing debt and financial insecurity, “Squid Game,” a South Korean thriller, uncovers the harsh reality of money: people will kill for it.

“Squid Game” follows 456 debt-ridden citizens as they compete for the opportunity to win 45.6 billion South Korean won ($38.6 million). The rules are simple: win six children’s games. But as the players begin their first game, Red Light, Green Light, the simple game turns into a mass murder.

I believe that one of the many captivating dimensions in this show is the portrayal of human nature. “Squid Game” places its contestants into life and death situations, engendering primal instincts. Some choose to fight, some to retreat, and others to form alliances. The main character, Seong Gi-hun (Lee Jung-jae), who chooses to form an alliance, is a desperate father in need of money to pay off his gambling debt and pay for hospital bills as his mother’s health declines. When Gi-hun enters the game, he’s reunited with a childhood friend, Cho Sang-woo (Park Hae Soo), a university graduate carrying the weight of his mother’s expectations on his shoulders.

As the story progresses, Gi-hun becomes protective of Kang Sae-Byeok (HoYeon Jung), a teenager desperate to reunite with her mother and brother in North Korea, as well as Ali (Anupam Tripathi), a Pakistani immigrant who moved to South Korea hoping the blossoming job market will be the chance at a new life for his wife and daughter. The last player to join their makeshift group is Oh Il-nam (Oh Young-soo), an elderly man suffering from a brain tumor on whom Gi-hun takes pity. The incredible acting by each of these actors to create complex and three dimensional characters adds to the suspense of the final winner.

Enter the VIPs – the sponsors and viewers of the game. As the only Americans in the game, a new dimension of exploitation is revealed. While they watch the final two games, each VIP is surrounded by multiple personal attendants, lavish furniture and expensive food and wine, some designed only for show. I believe this scene particularly emphasizes the grotesque excess of wealth of the VIPs, who find comedic relief through the dehumanization of the players. They only show true sadness when the player they bet on dies. The acting of the VIPs is significantly poorer than the main characters, the director’s choice to again successfully emphasize the stereotypical American.

Each player has entered the game with a different life circumstance, yet they are all faced with the same choice: a risky chance of winning enough money to have financial security for the rest of life or return to the streets and hope they find a one-in-a-million chance to turn their lives around.

As the show progresses, the audience watches player after player brutally executed, leaving the ever present question of who will prevail. As Squid Game climbs Netflix charts, reaching the number one spot in days, it’s ability to captivate audiences around the world lead to its success. The plot development made the show’s addictiveness even more successful. While the show’s final plot twist leaves viewers scrambling to connect the dots, the ending screeches to a clichéd halt. Because the expansion of each character’s story created such an inviting foundation for the show, the choice of direction taken by the writers made the ending wildly disappointing.

Though the ending is dissatisfying, the message “Squid Game” provides through its reflection of the modern struggle between social classes and the desperation of the impoverished to earn money makes it definitely worth the watch.