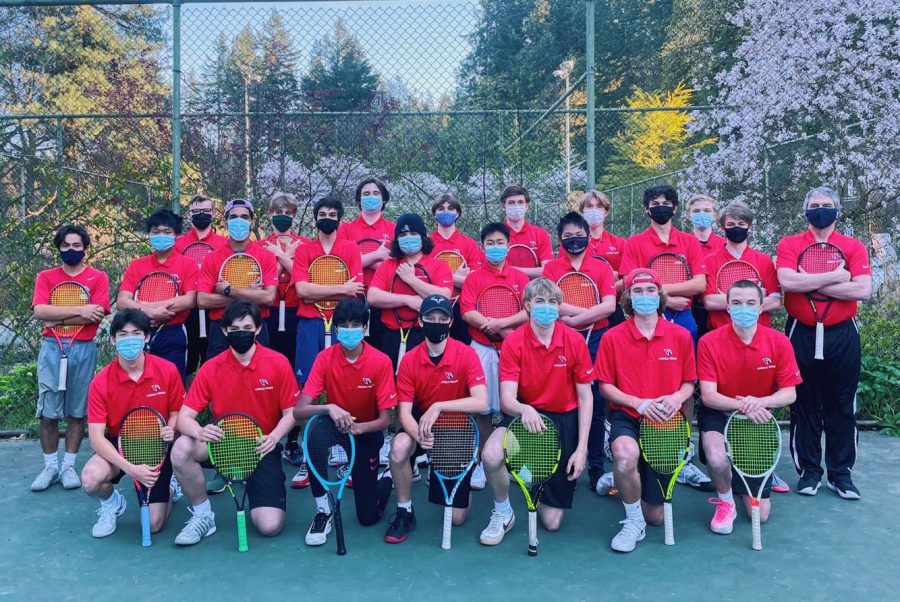 “The tournament is individual, but for every match you win, your team gets a point,” said junior Alex Dinkov, a member of the boys’ varsity tennis team.

Whichever team gets the most points is crowned PIL District Champions.

“There are four players per school who play in the singles draw,” said Dinkov. “All four guys from Lincoln had no problem making it to the quarterfinals and three went on to make the semifinals.”

Senior varsity tennis member Alex Haddon added that an eagerness to play tennis after a shortened 2020 season due to COVID-19 last year contributed to a positive season this year.

“I think we were all really excited to play, especially because my junior season was cancelled,” said Haddon. “I think we were eager to get back out on the court and not only that but also to win.”

Though the season was shortened due to COVID-19 regulations, the protocols looked different for tennis compared to many contact sports.

“At the start of the season, Governor Kate Brown said we could play without masks on, but I know that for the most part, especially for the district tournament organized by the [Oregon School Activities Association (OSAA)],  they still made us wear masks and socially distance between games on the courts,” said Haddon. “But in comparison to other contact sports, [COVID-19 regulations] didn’t have much of an effect.”

Despite having a good season, Haddon and Dinkov were disappointed that there was no state competition this season.

“We had a really good team this year and it was kind of disappointing we weren’t able to have some kind of state competition,” said Haddon. “We were kind of robbed of a state championship [two years ago] due to some IB testing conflicts, and we were super excited to come back and win one since [the state competition] my junior year was canceled due to COVID-19.”

Dinkov agreed, but was still grateful to have the opportunity to play.

“Although the season got cut short with us not having [a state tournament], it was still awesome just to be part of the team.”