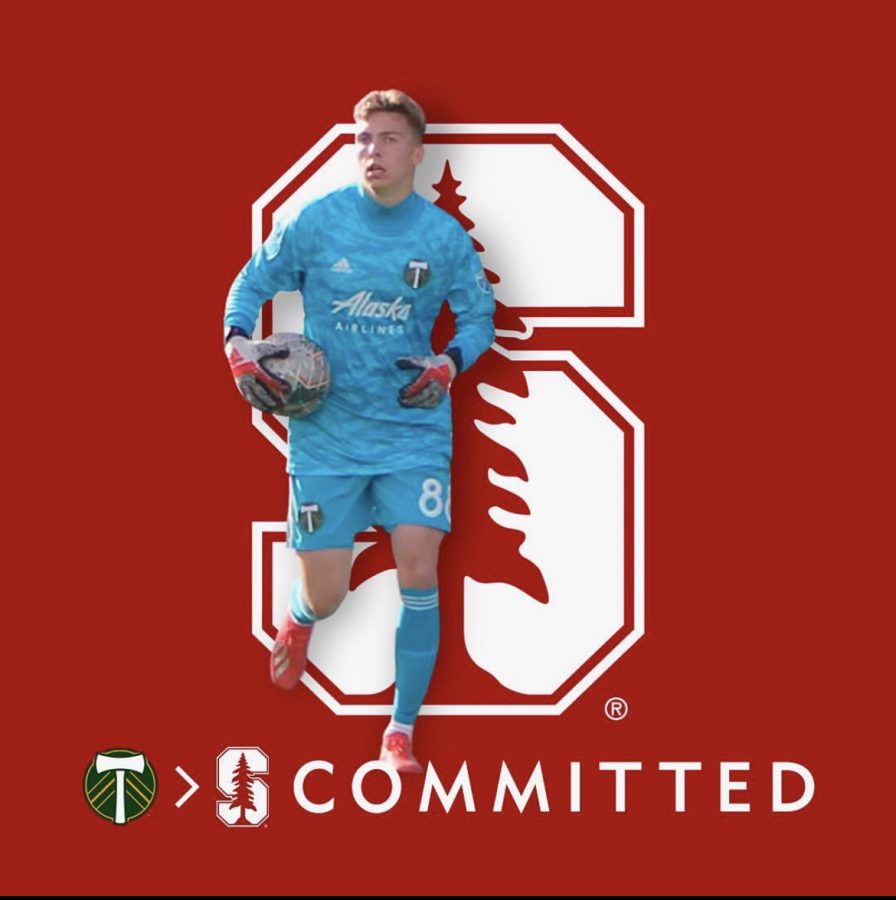 Goalkeeper Rowan Schnebly holds the ball while playing for the Timbers Academy. Schnebly recently committed to Stanford to play on the men’s soccer team.

On April 5, junior Rowan Schnebly committed to Stanford University on a Division I (D1) soccer scholarship.

It is rare for a student who is not a senior  to be recruited by such a high ranking college. Stanford has one of the most successful men’s soccer programs in the country, with a #1 ranking in the Pac-12.

“In my opinion, [Stanford] is the best academic and athletic combination in the world,” said Schnebly.

Because of Stanford’s prestige and success in academics and sports, Schnebly said the Stanford men’s soccer team was always his top choice.

“I was speaking to several elite programs across the country, but Stanford was undoubtedly always my number one choice,” said Schnebly. “I decided to go to Stanford because I really enjoyed getting to know the coaches and the amazing things that they have done for the program and their players.”

However, due to COVID restrictions, Schnebly was never able to meet his coaches face-to-face. He  spoke to them for around seven months via email and zoom regarding his spot on the team, eventually leading up to his offer.

“I received the opportunity and offer to pursue my athletic and academic career at Stanford in the middle of March 2021 and committed at the very beginning of April,” said Schnebly.

Schnebly said that he was honored to receive the offer, and is excited to start his college soccer career.

“[The offer] means the world to me. I am so thankful for this opportunity and ready to get to work,” he said.

With aspirations of continuing to play after college, Schnebly is working hard on his dream of becoming a professional soccer player.

“Playing soccer is my favorite thing to do in this world,” he said. “It would be a dream come true to be able to pursue a career where I would have the opportunity to play the game I love for a living.”