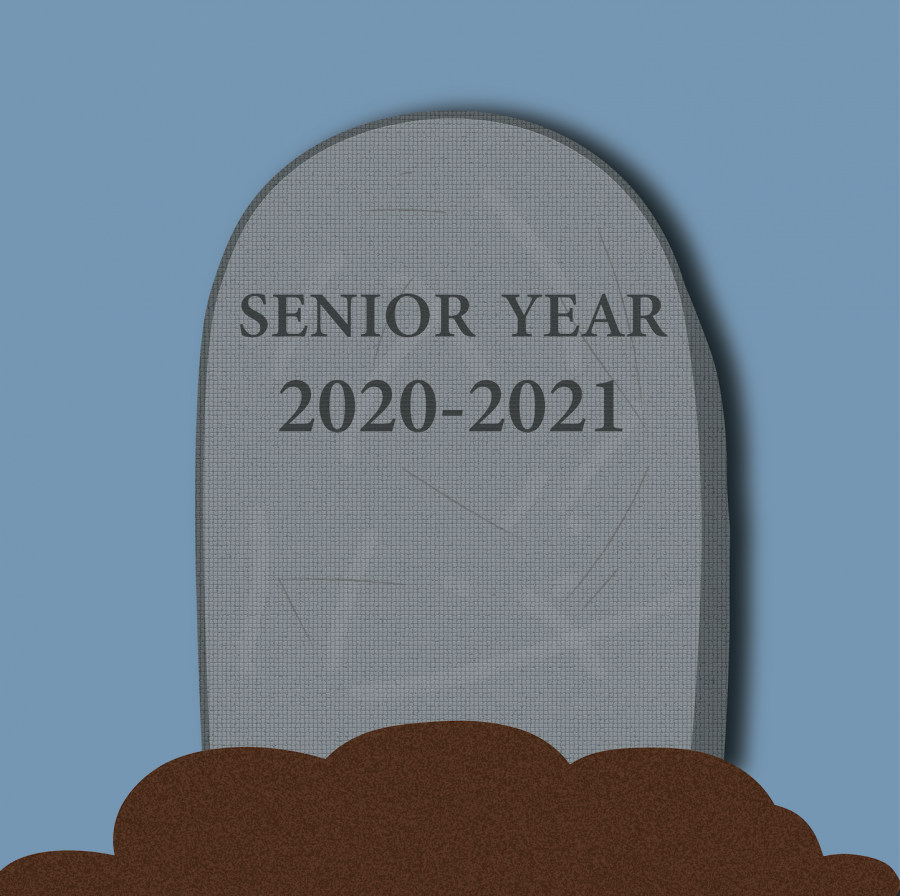 As this online school year draws to an end, staff members from the class of 2021 reflects on their treatment as seniors.

Senior year is the best of times and the worst of times. College applications and IB testing make it stressful. Growing up and entering adulthood make it a new chapter. But most importantly, it should be exciting. After four years of high school, we finally get the opportunity to celebrate our achievements and flaunt our seniority. However, during our most important year of high school, we’ve been left in the dark with no appreciation and little assistance.

With the global pandemic causing monumental loss around the world, participating in annual rituals such as Color Wars, prom and Winter Formal would’ve allowed for seniors to feel a semblance of normalcy. Although it is impossible to attend these events in person, that doesn’t eliminate the possibility of having them virtually. Normally, seniors are the center of attention at these events, and they are able to receive recognition from their fellow classmates. Not only were these events absent, but we were never told by the administration if we would get any sort of appreciation in any form.

When students began applying for colleges, there was unclear communication and support from the administration. With so many virtual responsibilities, important announcements were often drowned out in students’ inboxes among countless Canvas notifications. Due dates for important documents, like the counselor recommendation form, were not clearly outlined, leaving students with insufficient time to complete them. In past years, important information was often communicated to students through their teachers. This year, it often seemed as though teachers are just as confused as we are.

In addition, seniors and counselors struggled to transition to a brand new college application platform: Maialearning. Because of the multitude of features on the unfamiliar website, simple tasks like requesting recommendation letters were made exponentially more difficult. Navigating through Maialearning, Common App, Coalition App and College Board was a nightmare for students with no guidance. Even for our technologically savvy generation, we felt like we were using a computer for the first time.

With the abrupt conclusion of the last school year, last year’s graduating seniors were exempt from their end-of-the-year academic responsibilities. Despite our online circumstances, it felt as though we were given a comparable workload to a typical in-person school year. From switching to Canvas to having limited class time with only so many synchronous classes per week, learning how to learn with online school has been a challenge. Last year’s seniors were commended for finishing the year online, where we have been expected to quickly adapt to this foreign format. Without this lenience, it was easy to forget that this was our senior year.

We understand that this year has been challenging for everyone and that we are privileged to have been able to continue our education online. Despite this, we were forced to take responsibility for tasks that required more assistance than was given. While we can’t go back and change the events that have happened this year, we hope that our hard work doesn’t go unnoticed.