The Cardinal Times • May 19, 2021 • https://cardinaltimes.org/16994/sports/volleyball-varsity-team-finishes-the-season-undefeated/ 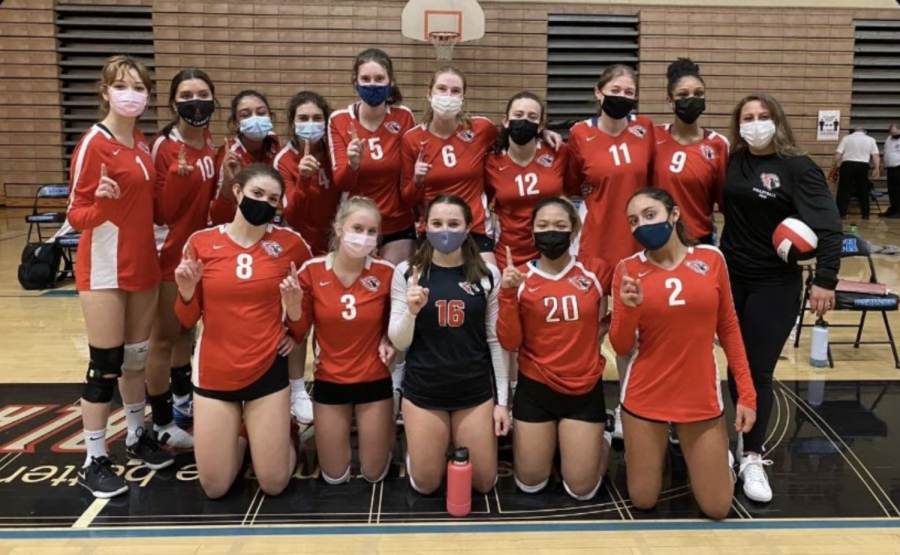 “Lincoln used to finish every year undefeated up until last year when we lost our three-year winning streak,” said junior Ashley Siegel, a member of the varsity team. “Last year, we started with a new coach for the first time in a few years, so it was really hard to jump into the usual routine.”

However, Siegel says that the team environment and the coaching staff helped contribute to a different outcome this year.

“We had a really good all around team,” said Siegel. “[The team] was balanced, and the environment was amazing. Everyone was supportive, nice and cheerful, and since it was such a short season [because of COVID-19], everyone had a decent amount of playing time which was good.”

Sophomore Lena Fraser, another member of the team, agrees.

“This year, our team connected faster and built really good chemistry and we played well together in general,” said Fraser. “Last year we played more separately, which caused issues in our outcomes.”

Siegel adds that having fun together as a team was also an important contributor to their successful season.

“The biggest reason we did as well as we did was because of how much fun we had together as a team,” said Siegel. “We had a photographer too, which made this season more fun.”

Though the team worked well together and finished undefeated, Siegel said that the start of the season was challenging.

“We had our first game about a week after tryouts, which was tough,” said Siegel. “We also had our biggest games against Grant and Wilson the week we got back from spring break with little to no practice that week.”

Fraser agreed, adding that this challenge was only temporary.

“Before our first game we had one practice to figure out a lineup and what we needed to work on, which builds anxiety between all of us,” said Fraser. “Volleyball is such a team sport, so a lot of us were worried we wouldn’t have enough time to connect, [but] because of COVID we were playing two games a day, so we eventually molded super well.”