Review: Catch Me If You Can 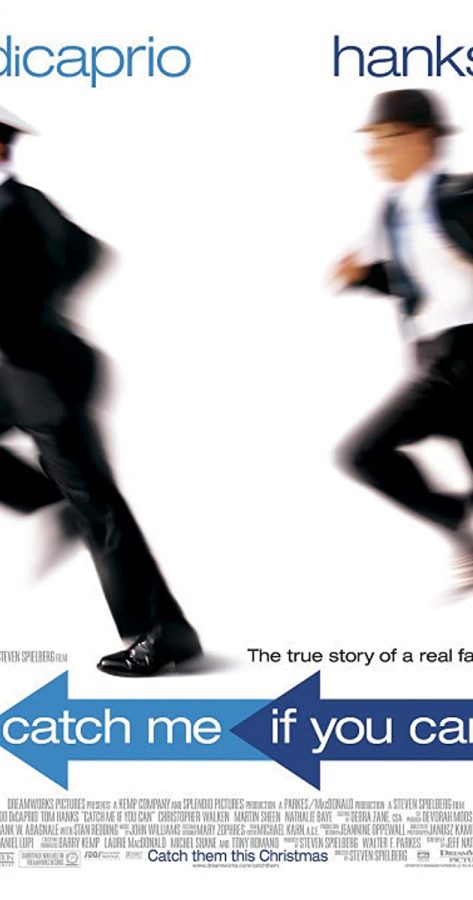 Director Steven Speilbergs “Catch Me If You Can” follows the rise and fall of Frank Abagnale Jr, one of the greatest con men in history. I found the movie to be quite good, set in the picturesque stage of colourful 1960s America.

The events taking place in this film are so preposterous that it’s almost unbelievable that they actually happened. Frank Abagnale Jr. (played by Leonardo DiCaprio) finds himself lost in life, with his mother and father filing for divorce, with him choosing who will have custody. Fearing the choice, he chooses to run away and start a life of his own. The pacing, an important factor in any film, is near perfect – guiding the viewer through the whole. In my opinion, this is one of Spielberg’s best pieces – showing us a glimpse into a life that many can only dream of.

The film was a smash success – apparent by its high Rotten Tomatoes score of 96 percent. The amount of action feels almost unbelievable – but what’s crazy is that they actually transpired, with Frank essentially stealing over three million dollars.

Casting is important in any film, and I think that Steilberg’s decision to have Leonardo Dicaprio as Frank Abagnale Jr. and Tom Hanks as Carl Hanratty – the FBI agent with a vendetta against frank – was superb. Their banter over the phone through the course of the movie personalises them, and gives that much more realism to the film as a whole, such as on Christmas eve when Frank has no one else to talk to besides Carl – going as far as to give him the room number for the hotel he was staying at in an act of desperation.

Adam McKay’s “The Big Short”, a movie with a similar dynamic, explores the world of Wall Street prior to the 2008 financial crisis. It has the same genre of comedy / crime – except in “The Big Short” the film follows the metaphorical good guys instead of a bonafide criminal. “The Big Short” acted as more of a documentary, which i still enjoy as a form of entertainment, however, I would have to choose ‘Catch Me if You Can’ as the better film because of how much more grandiose the whole idea is – while still being grounded in reality.

If you’re not sure what to put on during movie night and you haven’t yet seen “Catch Me If You Can” – it’s a fun time. It explores and personally connects with many people in the sense that no one wants to be caught up in a lie, as Frank Abigale Jr. was when being detained in France, and with that  I cannot recommend this film more.