“Limbo”, by Amine: Portland’s best rapper continues to get better and better 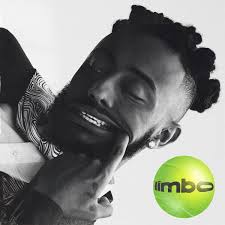 “Limbo” is Portland rap artist Amine’s second album released on August 7, 2020. “Limbo” is his best and biggest project yet, pushing him farther into the mainstream and solidifying him as the best rapper to ever come out of Portland. “Good For You” was his first album released on July 28, 2017. There was a reason for the three year gap between albums. In an interview with Vulture, Amine says “I needed this much time because the pressure of a sophomore album is real… rappers my age and of this generation are putting out projects like every other week.”

Now 26 years old, Amine has been making music since high school, where he attended Benson and made diss tracks against rival schools Lincoln and Grant. He has also released multiple mixtapes and EP’s since 2014. “Limbo” is an album about Amine’s influences and the transition from being a kid to becoming an adult. The album has solid and diverse production throughout like the R&B instrumental on “Easy” and “Roots” and the fluty trap beat on “Woodlawn.”

The whole album is fun and easy to listen to despite covering heavy topics. Sometimes that causes the mood of the song to conflict with the lyrics, like on “Burden” where the hook is “Bury me before I’m a burden” on an incongruous beat. However, Amine’s lyrics are funny for a lot of the album, including songs like “Pressure in My Palms” where he opens up the song with the lyric “This is Brittany Spears when she was bald.” His lyrics are also clever like on “Burden” when he raps “Wide awake, but comatose, Hollywood’s in overdose, Girls send innuendos I’m in limbo but I know the ropes.”

Despite being lighthearted at times the album can also be sad like the song “Fetus” where Amine and the rap group Injury Reserve, including the late Stepa J. Groggs, work together for a song about their future kids and their hopes and fears for them. Groggs sings “Pray you nothin’ like your daddy, stay away from drugs, I hope I can be half the father that my mama was.” The song is the first released since the death of Groggs which adds to the sadness of the track.

Amine feels more confident and mature on “Limbo” than in his previous releases. I wondered if this could be due to the passing of Kobe Bryant as Bryant is mentioned multiple times through songs like “Woodlawn” and the interlude “Kobe,” where Amine explains that Bryant’s death fast forwarded his maturity. On the album’s last song “My Reality,” Amine sings about how he is living his dream while still trying to figure out life. “Limbo” is Amine’s best work and one of the best rap albums this year. It will be exciting to see what he can do next.