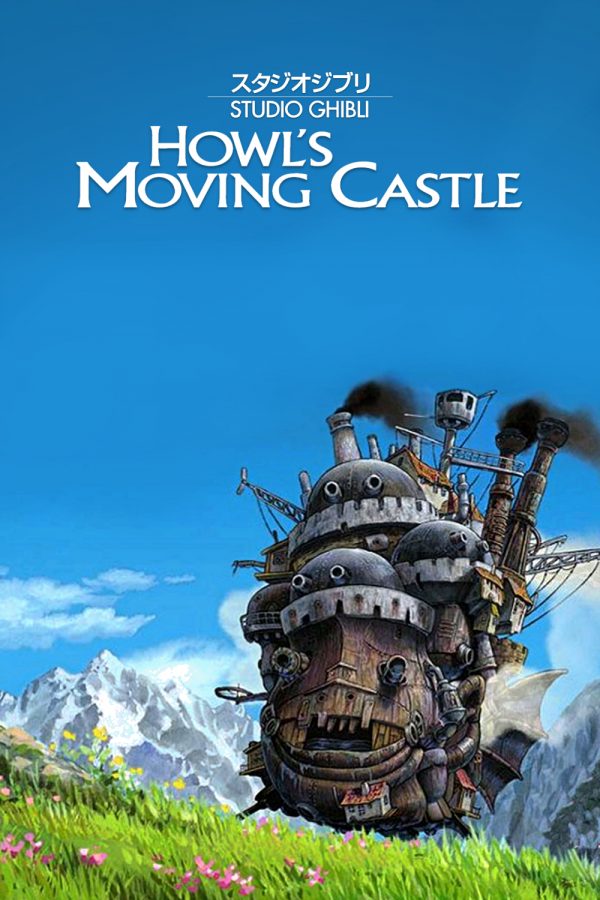 “Howl’s Moving Castle,” a  Hayao Miyazaki film made in 2004 received many accolades upon release ranging from the vocal performances to the quality of animation. Still, 17 years after its release the story strikes many relevant themes for people of all ages.  I remember being 10 and watching this movie, I was able to connect to the characters coming into their identities, and now at age 15, I can connect with how the characters grow from the people in their lives and the importance of having that close community to guide you.

The first shot of the film is the moving castle in the midst of serene mountains. This sets up the environment where the movie takes place. The animation brings the viewer into a European esque world that has a delicate balance of innovative machinery while retaining the stillness of nature. The way the animation incorporates peaceful simplicity even in the chaos of war beautifully translates to how even in our stressful everyday lives beauty and tranquility can be found.

Another component that works well in the film is the score, written by Joe Hisaishi. The score helps embody the environment and helps communicate the character’s actions and emotions to come through. The built-up instrumental segments and drawn out musical spots not only feel nostalgic and gentle but transport the viewer to the universe in full.

The character development is also a strength of this movie. Each major character feels fully developed by the end of the film. Sophie, who starts off thinking she’s unremarkable and that she’s not beautiful in comparison to others in her life gains confidence and reclaims her youth, finally believing in who she is as a person. On the other hand, Howell, a seemingly immature and irresponsibly individual who is stuck in the stage of adolescents learns to face his problems head-on instead of running. A major strength of this movie is how the development of the characters is shown through the character’s physicality.  For example, Sophie’s emotional state is represented directly through her body aging. when she displays confidence and assurance rather than being weighed down in practicality and premeditation she reverses from being a hunched over old lady to a young woman.

My final point of recommendation is the voice acting. Leading actors of the English dub Emily Mortimer and Christian Bale among others allow there to be a true connection of the emotions displayed between the characters. The vocal portrayal of each character is distinct and telling in how a character may be feeling.

Disney’s “Mulan” is a recent film that explores similar themes as “Howl’s Moving Castle.” Both movies focus on the identity of the characters and how they grow within their own circumstances. There are also similar undertones of romance and war. While both films bring you into unique worlds, I felt more connected to “Howl’s Moving Castle” because the characters develop in a way that I haven’t seen in many other films. There is an almost mirrored growth with the main characters as Howell learns to grow up, Sophie breaks down her barriers and expresses her youth.

“Howl’s Moving Castle” leaves me thinking of certain core aspects of life like self-growth and connection, and at the same time conveys a simplistic feel with the tranquil atmosphere. The characters are distinct and progress in a magnitude of ways that create an attachment between them and the viewer, leaving us with a sense of optimism and hope.