Politics: Can they be avoided in classrooms? 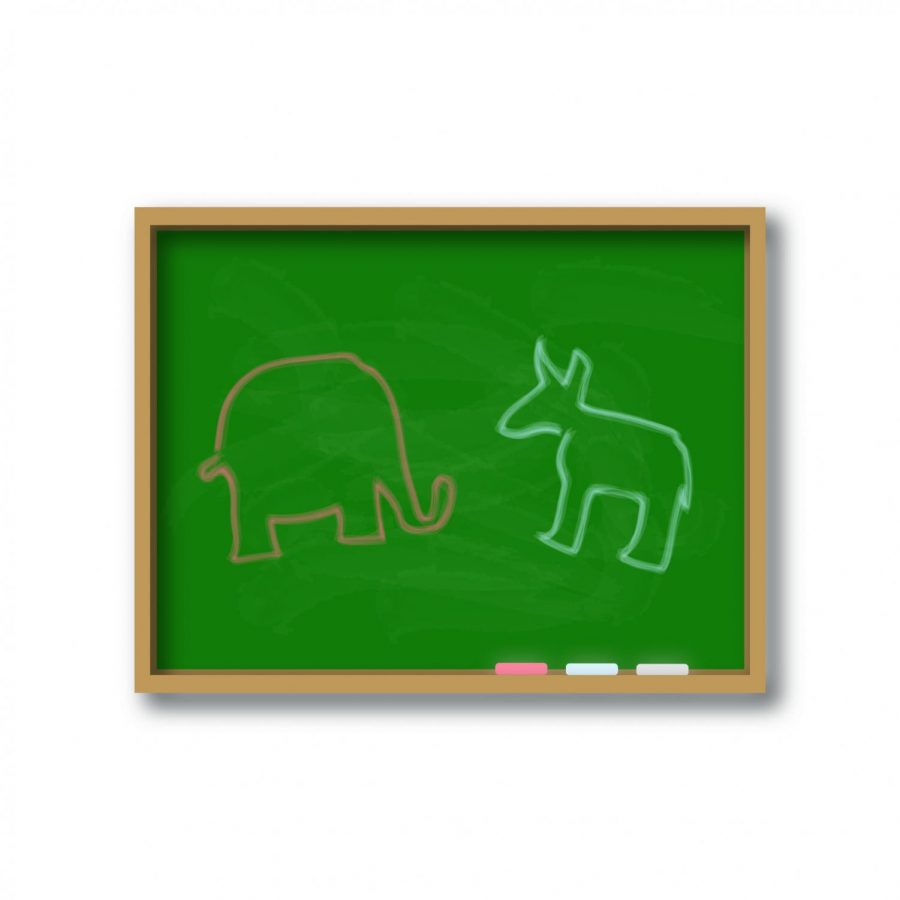 How are political influences involved or avoided in classrooms? Read more below.

Despite the immediacy of these dialogues, actually holding them can be a difficult task to navigate. Rules such as those contained within Oregon law ORS 260.432 provide regulation, preventing teachers and other public employees from “[promoting] or [opposing] any political committee or [promoting] or [opposing] the nomination or election of a candidate, the gathering of signatures on an initiative, referendum or recall petition, the adoption of a measure or the recall of a public office holder while on the job during working hours.”

Even so, Junior Rohan Yamin has found that this year has created a greater deal of these kinds of conversations.

“I have definitely had more political based discussions this year over previous years,” says Yamin. “Starting with the Black Lives Matter protests, most teachers have acknowledged and offered a space to talk about the current political climate.”

Some teachers feel that the weight of having conversations about politics and current events-falls more upon some than others.

Political Economy and History teacher Rion Roberts notes that the bulk of these discussions often occur within certain classes.

Social sciences teacher and soccer coach Sam Roberson agrees that such discussions are common within the classes that he teaches.

“In Political Economics we spend the first full semester talking about nothing other than politics,” he says. “It’s a daily conversation for us… In addition to planned daily discussions, I start every class with a chance for student check in…. During the first several minutes of class students can bring up, talk about, or ask questions about anything that’s going on in the news or their world. Much of the time it’s about breaking news or controversial topics.”

Some teachers outside of social sciences, such as Amanda Elliott who teaches English and Theory of Knowledge (TOK), notes that similar conversations sometimes take place in her classes too.

“I had a couple of classes after the January 6 events, for example, or the election where I asked if we needed to talk or if we should just get on with things,” she says. “Most students just want to get started, but in TOK, we have groups studying political RLS [real life situations], so we’ll have discussions there. Some students are looking at vaccinations, masks, the Jan. 6 events, and the White House Columbus Day press release.”

Students at Lincoln have come to understand such conversations, with both teacher and student participants, as a common part of their educations. Junior Tucker Bowerfind has experienced many political dialogues within the classroom.

“I have found that, in general, these types of discussions have been relatively common in both in-person and in virtual classes,” he said. “I find that these sorts of discussions tend to happen the most in classes that make space for check-ins and whatnot, where a student will mention some current event having to do with politics. Teachers are almost always willing to engage with important topics that are raised to some level.”

Students such as Bowerfind have found that teachers will tend to limit how they speak about their own beliefs.

“Most teachers are careful about what they choose to say in class about political issues, but I definitely have had experiences with teachers voicing strong opinions on matters that they care about,” he says. “Even if they don’t say what their beliefs are outright, I think it’s impossible for them to completely keep their personal biases relating to politics out of their teaching or just conversations.”

When holding political discussions, there are some ideas that Roberts tries to ensure students in his classes understand.

“We have to break down the idea of the political spectrum: that there’s a left and a right, because it’s more complex than that,” he says. “It becomes really important to not flatten ideas and fall into that binary thinking… it’s an excuse not to think critically.”

Yamin notes that discussions about politics often play out positively for him, but holds concerns that not all students have shared such experiences.

Bowerfind has had a similar experience.

“Lincoln has a relatively narrow spectrum of political beliefs in my experience,” he says. “I don’t think that’s a secret to anyone. For this reason I’m not often offended by political discussions because the majority of people, usually including the teachers, have similar views to mine. That said, I can appreciate that anyone who doesn’t align quite as closely with these types of beliefs can be offended by political discussions. I enjoy discussions and debating, but not everyone feels as comfortable with that type of confrontation, and I think that everyone, including myself at times, could always be more mindful of that.”

Correction (April 30): The original article appeared with the honorific “Dr.”, but Political Economy and History teacher Rion Roberts prefers not to use that term.