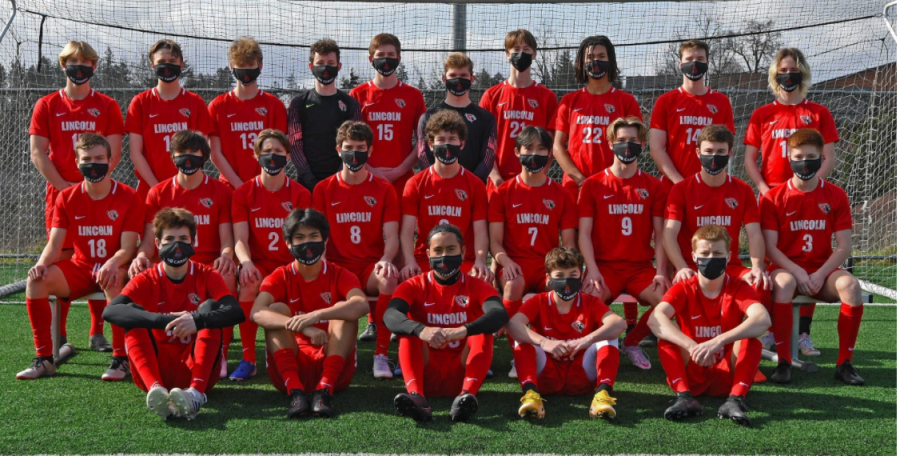 In the later months of 2020, there was doubt about whether or not there would be a fall sports season for Lincoln athletes. However, just over a month into 2021 Lincoln fall sports athletes returned to practices after OSAA gave the green light.

With the season just around the corner, questions are being asked regarding the restrictions due to the pandemic. Will there be a difference in games or training? Will the exhilarating atmosphere that Lincoln varsity games possess return as in previous seasons?

For Pablo Dipascuale, head coach of the boys’ varsity soccer team, preparation for the season has brought only minor challenges to the table.

“It [preparation] will be similar, only slightly rushed. A difference may be that we get limited on the amount of players we can roster for a given match [due to the limit of people to a site],” said Dipascuale.

With the pandemic still ongoing, it is a priority for Dipascuale to keep his coaching staff and players safe as well as attempting to construct a successful season.

“Really, we just have to follow a bunch of protocols. As far as restrictions go, the one that really stands out is the limit on the number of people that can be on site at a time,” he said

COVID-19 has presented many challenges this past year, with many doubting the return of high school sports as a whole, but from the start Dipascuale had hope in the return of his beloved sport, “football.”

“The club soccer scene has been holding competitive matches and running various leagues since October 2020, so it only made sense for a high school season to happen too,” he said.

“Our first match would be a week from then (February 22, 2021) at [the] earliest, but that has yet to be published by our athletic department,” Dipascuale said.