Review: One of Us is Lying 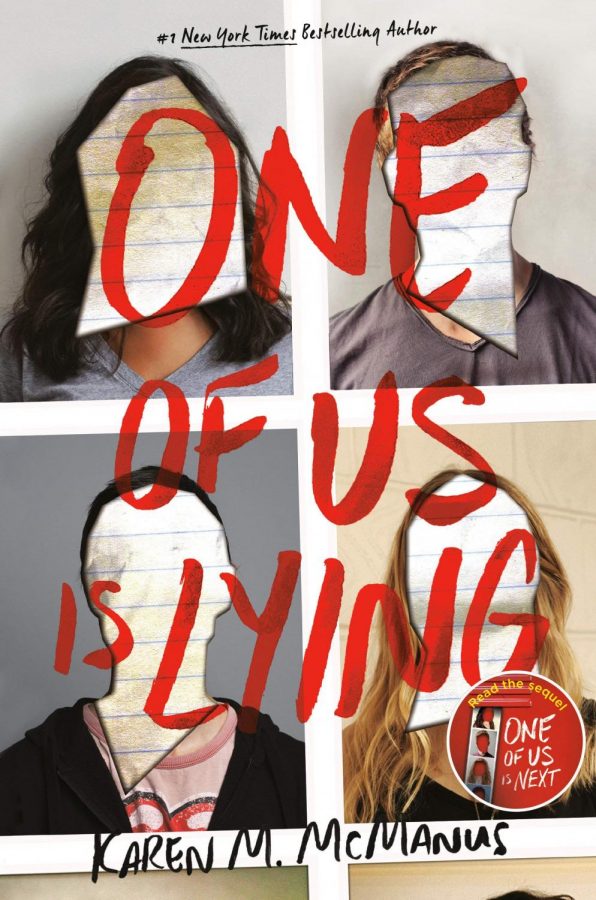 Book cover for One of Us is Lying by Karen M. McManus

When I finally have enough free time to sit down and read a book, it’s to get my mind off things like school and missing homework assignments. It’s an excuse for me to procrastinate while still being somewhat productive. Especially during the pandemic, when staring at screens gets to be too much, it’s nice to relax and read a good book. One of the books I found myself really enjoying was “One of Us is Lying” by Karen McMannus. It’s a really entertaining book, similar to Agatha Christie’s “Murder on the Orient Express” but more diverse, with lots of plot twists and excellent character development.

The book features five high school students who walk into detention, but only four come out alive. Simon, the victim, was the creator of a gossip website, spreading damaging rumors about everyone at school. Many people had reason to want him dead, but who killed him?

At first, the four main characters seem like stereotypical high school drama characters, but as the story continues they start to break out of those roles. There’s Bronwyn, the nerd, Addy, the popular girl, Cooper, the jock, and Nate, the drug dealer. But by the end of the book, they are all completely different people.

The story is told from four different perspectives, which helps you understand the characters and their personal struggles. Usually, this kind of storytelling can be hard to follow, but in this case it only adds to the story. It isn’t about a “detective” character gathering evidence and finding the killer, it’s about each of the characters trying to figure it out on their own, and suspecting each other. At first they don’t trust one another, but as their other classmates start to gang up on them, they quickly realize none of them are capable of murder and are forced to get along to avoid being framed.

The only issue I have with this book is its ending. It’s very anticlimactic, and the character that figures it out isn’t even one of the main characters! It turns out none of the four protagonists killed Simon, but rather Simon killed Simon. What a twist. It’s a shame it feels so out of place. You can tell the author knew we would have an attachment to every main character, and had to find a way to blame it on someone else. Unfortunately, the only other person in the room was Simon himself.

Regardless of the underwhelming ending, “One of Us is Lying” is a very captivating read and fully worth your time. Even if you absolutely hate it, at least it’s entertaining, which is more than I can say about most books I read this year.