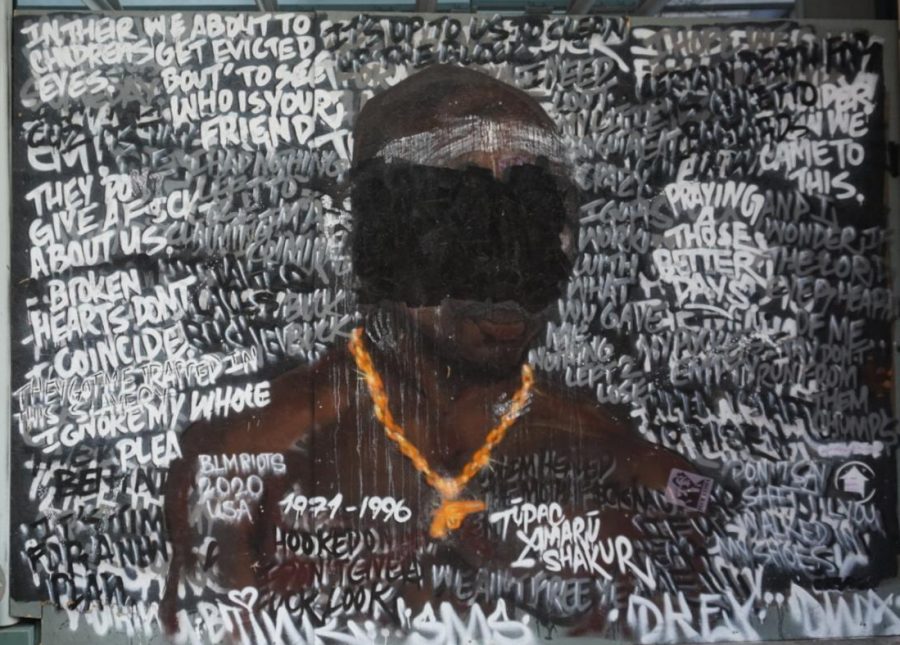 A black lives matter mural that has statements written across it of protest speech.

The history of protest art

In addition to protests that fill the streets of cities with citizens, art has been used throughout history as another form of sharing opinion expression.

Activists and artists such as Keith Haring have used art to break down stereotypes during the AIDS crisis during the 1980s. In 1986, Native American performance artist James Luna 1986 installed himself as a museum artifact as passers-by probed and reacted to his body, an act that brought attention to the ways modern museums have portrayed Native Americans as extinct. In 2018, the famous Bansky graffitied a garage in Port Talbot, Wales to criticize the uncontrolled air pollution in the industrial town.

Art is a vital, yet often overlooked driving force in prompting the public to think about issues in a way that is experiential and personal. Accessible to anyone who has an idea, a canvas, and paint, protest art has been at the forefront of the many Black Lives Matter demonstrations that have been persisting throughout Portland, among many other cities, since this summer.