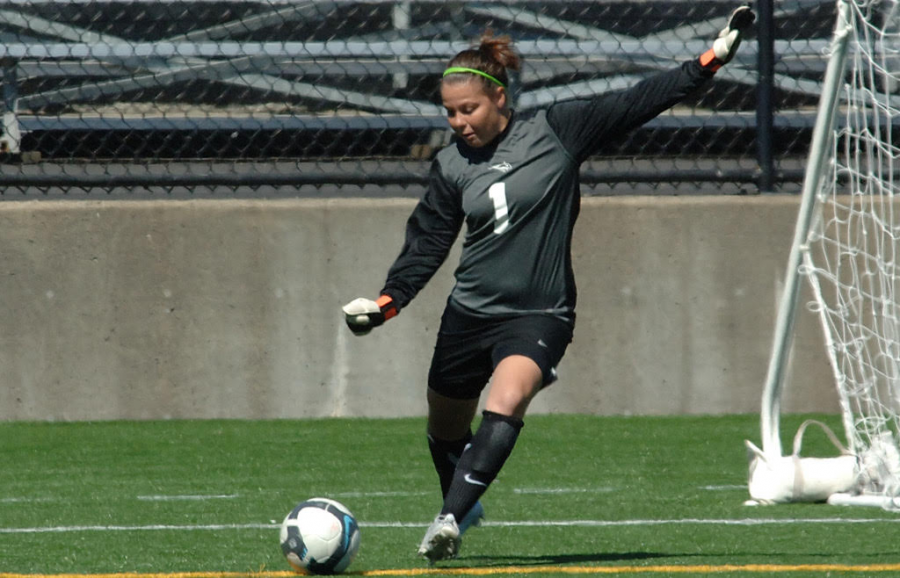 The Cardinal Times took the time to interview the new head girls’ soccer and boys’ basketball coaches at Lincoln, Lainey Hulsizer and Joel Lincoln. Hulsizer was an NCAA DI soccer player and coached several programs throughout Oregon, and Lincoln has coached with several high schools and universities’ basketball programs, plus dozens of basketball camps around the world.
Lainey Hulsizer, Head Girls’ Soccer Coach
Interview by Claire Yoo (questions in bold)
What are your past experiences with coaching and playing soccer?

As a player and coach. I have spent most of my time with the FC Portland Soccer Academy. I have also worked with other programs within the state such as Willamette University, Westview High School, and even spent a year with Lincoln before moving to Arizona to become a teacher. Currently, I am working with the goalkeepers in the Timbers and Thorns ODP programs and am excited to start at LHS.

Why did you decide to become the girls’ soccer coach at Lincoln?

There are many reasons to become a coach at Lincoln. Lincoln High School is in the heart of downtown, and really encompasses the city. As a coach, athlete, or student there, you are immediately part of the community and culture. What is also great about Lincoln is the level of competition. You not only have a larger number of student athletes that want to participate in athletics, but are going to participate at a high, competitive level.

What are some struggles of becoming a new coach at a new school during the pandemic?

One of the biggest challenges of starting somewhere new is getting to know the people you are going to be working with, the pandemic has made this exponentially more challenging. Getting to know student-athletes, their families will definitely take more time than normal. It is also a challenge to create practice plans that are safe and within the state guidelines, but still provide value to players. What might be the most difficult part of this year, for everyone, is going to be patient, flexible, and positive during this time with so many unknowns.

What goals do you have for yourself and your team this year?

To develop strong training habits.
To create a program that athletes are proud to represent.
Help student-athletes compete at their own highest level, while still enjoying the sport.

What are your goals for your players this year?

There are a few goals that I have for players this year:

Joel Lincoln, Head Boys’ Basketball Coach
Interview by Max Edwards (questions in bold)
What are your past experiences with coaching and basketball?
I was a manager for the men’s basketball team and head coach Ben McCollum for four years while earning my undergraduate degree at Northwest Missouri State University. We were MIAA Champions and earned an NCAA tournament appearance in 2012. I moved onto East Central University where I was a graduate assistant for men’s basketball and head coach Ja Havens. The six years I was coaching at the collegiate level, I worked over 100 camps all across the country and twice in China. Some camps include Michael Jordan flight school, Midwest Elite Basketball, Hoop Group Elite and several different university basketball camps. I then moved to Portland to coach at Lake Oswego High School. I was the JV2 coach and varsity assistant. Following my time at Lake Oswego, I moved onto La Salle Prep where I was varsity assistant and the past season became the JV head coach. During my five years in Oregon, I’ve been heavily involved in several different aspects of the basketball program: player relationships, culture building, youth programs and clinics, player development, and scouting and tournament prep; additionally, I coached at the 5A state tournament in 2018.

Why did you decide to come to Lincoln?

Coaching at Lincoln is a tremendous opportunity and I cannot thank Principal Peyton Chapman or Athletic Director Jessica Russell enough for giving me the opportunity to lead the boys basketball program. Lincoln basketball has a rich tradition and strong community support! I coach to help players exit the comfort zone and achieve their goals; I couldn’t imagine a better place to do so with student-athletes that invest equal effort in academics and athletics. Lincoln is a competitive place in a competitive league; excelling at a high level matters and I am thrilled to be a part of it.

What are some struggles with becoming a new coach at a school during the COVID-19 pandemic?

There was not spring, summer or any fall activities for any student-athlete and I can’t imagine the challenge of that experience for last year’s seniors and the class of 2021. The challenge for our program is to build trust, connectivity, skills and make deposits in the toughness bank in a short period of time with the season quickly approaching.

What are your goals for the year as a new coach, and what do you hope for/look forward to this school year?

My goals are the team’s goals. We have not had any team meetings or discussions to talk about what team’s goals are yet. I’m looking forward to competing and taking advantage of each day we can prepare for competition. The season to me is going to be challenging because student-athletes are hungry to get back in the gym & to compete. Once we are able to safely begin preparing, there aren’t going to be bad practices for any program. We are going to do everything we can to make the most of the opportunity we have for the season.