The Cardinal Times • May 17, 2020 • https://cardinaltimes.org/15685/opinion/opinion-dont-use-social-media-to-distract-yourself-during-quarantine/

Opinion: Don’t use social media to distract yourself during quarantine 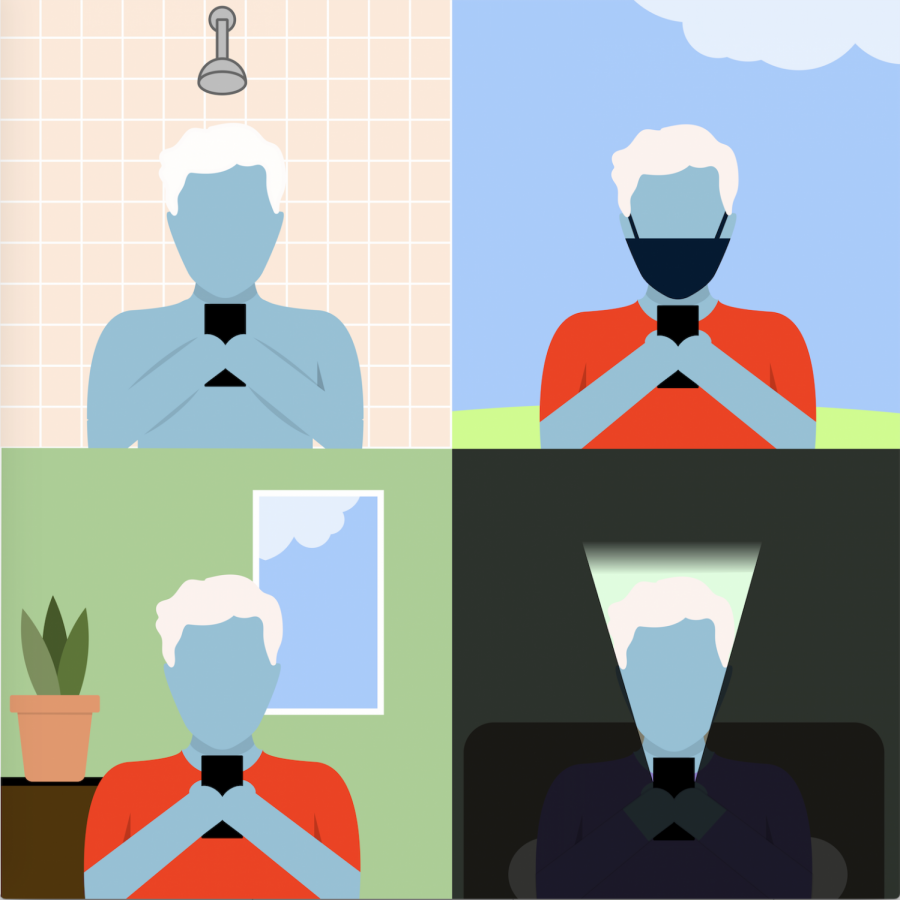 Cardinal Times reporter Gracie Pixton advises to be careful to not spend too much time on social media during quarantine.

When in quarantine, these social media apps can be a great form of communication for students as well as a source of entertainment in an increasingly boring time. However, many students are not considering the detrimental effects that excessive amounts of time spent on social media can have on their mental health.

Sophomore Rio Meyer says she is spending a lot more time on her phone in quarantine than she would at school.

“At school, you’re not really on your phone all that much,” says Meyer, “and there are sports and homework to get done, so [in quartinine] I have more time to be on social media.”

There are several positive effects of having these apps during quarantine. Elliot Shin, a junior, elaborated on some of these benefits.

“Social media lets you connect with your friends who are practicing social distancing,” says Shin. “It also distracts you from a lot of the problems that are happening [right now].”

As suggested by Shin, many students are using social media apps to distract themselves from the traumatic effects that COVID-19 is inflicting upon the world. However, endlessly scrolling on your phone may not be the best way to uplift your mental state.

In an article by Kevin Roose in the New York Times, Rosse explains that actively participating in online culture is far better than passively consuming it.

“Research shows that people who use social media actively… report being happier than those who simply scroll through their feeds,” says Rosse. “Netflix binges and YouTube rabbit holes are fine for escapism, but if you’re looking to find solace on the internet, lurking alone won’t cut it.”

Students have found these claims made by Roose to hold true in their own lives. Meyer believes that when she spends too much time on social media, she can “feel it worsening her mood.”

Consider the classic phrase “everything in moderation.” Social media is not inherently bad and is especially useful for connecting with friends and family when they are unable to physically see each other. Nonetheless, hours upon hours of staring at screens may not be the best way to spend your free time.

“I think that when social media distracts an individual from tasks that need to be completed, they have to realize that they are spending too much time online,” says Shin. “It is also important to hang out with family and exercise.”

Spending time with loved ones and staying are just two of the many ways that you can fill your time during the quarantine. Next time you feel yourself falling into the endless rabbit hole that is social media, consider picking up a new book, trying a new recipe, starting an art project, or playing a board game.

Though there are many ways in which social media is helping students in quarantine, it is important that the Lincoln community is also recognizing the negative effects that hours of endless scrolling can have on their mental health. As stated by Roose, “we can use technology to meet this crisis, rather than just distracting ourselves from it.”