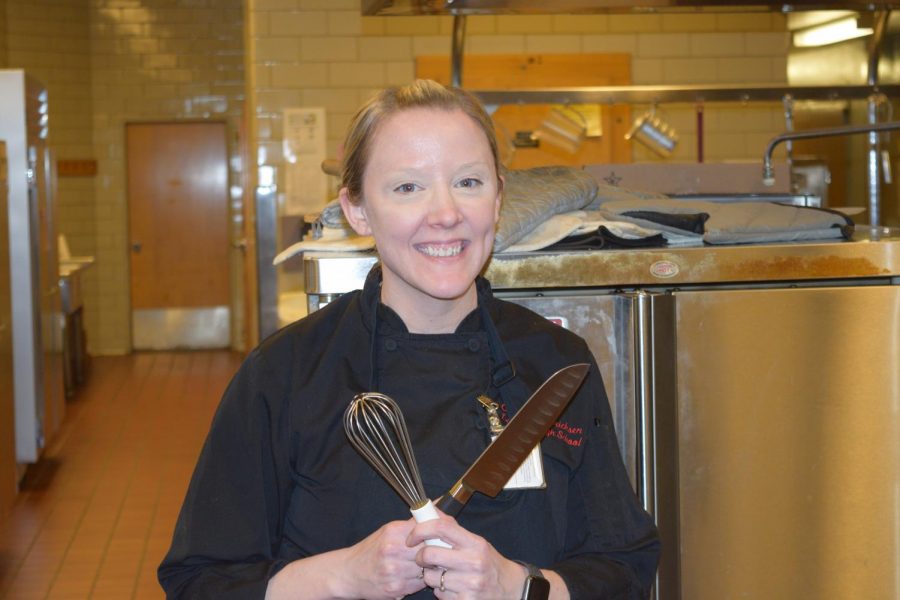 Two years ago, Principal. Chapman called, and called, and called again for Melanie Hammericksen to take the job of Culinary Arts teacher and mentor. After Lincoln’s previous chef left to get married in England, a gaping hole was left in the staff. Someone strong was needed, the culinary legacy needed to be fulfilled. The Lincoln Culinary Program required a passionate educator and a friend to the students.

When she first heard about this job, Hammer– as she is known by students– wasn’t interested. However, she felt an obligation to join the Lincoln team, as her former mentor helped the old teacher start up and fund Lincoln’s initial culinary program.

When Hammericksen started at Lincoln, she was not satisfied with the execution and implementation of the culinary program.

“I am a strong believer in hands-on. We don’t have a lot of hands-on [work] yet, as we don’t really have space here to do what normal high schools do, which is sitting with books and do workbooks and learn that way. We just have a space to do hands-on and actually make things,” she says.

She is a strong believer in stretching people’s perception of what culinary arts actually is. Instead of simply making the food, Hammericksen envisions her students being well-versed in the historical, regional and scientific implications of their work.

“It really shows when kids are paying attention and are interested because their product turns out like that,” she says as she points to a student’s cake sitting next to her. “It turns out beautifully.”

The Culinary Arts class teaches students how to cook and prepare a wide variety of foods. Hammericksen’s favorite food to cook are cinnamon rolls.

“Everybody loves them! And everyone has a lot of fun with it,” she says.

Before Lincoln was suspended due to COVID-19 concerns, Hammericksen taught students how to make pastry tarts with fresh fruit and cream.

Grace Alleman, a student of both Anderson and Hammer, believes the transition between teachers was a positive change.

“I just remember [last year] we would always do weird quarter recipes of everything so everyone would get one thing, and it wasn’t really based on the culinary field as a whole. It’s definitely better now,” says Alleman.

If Hammerickson could change one thing about the class, she would improve the space that the students work in.

“The new school is going to have a new state-of-the-art kitchen… Every individual station is going to have individual ovens and stoves and instead of having these little c c x 1 `1`tiny groups with one tiny oven and one burner. Everyone will have a six-burner stove with an oven underneath. It’s going to be magical. We’re going to have our own classroom.”

Something that Chef wants people to understand, however, is that culinary arts is not just an “easy A.” It requires students to participate, learn about a crucial life skill while also having fun.

Stop by the kitchen in the cafeteria when school starts back up to find out more about the culinary arts program, or to have a friendly conversation with Chef Hammer.