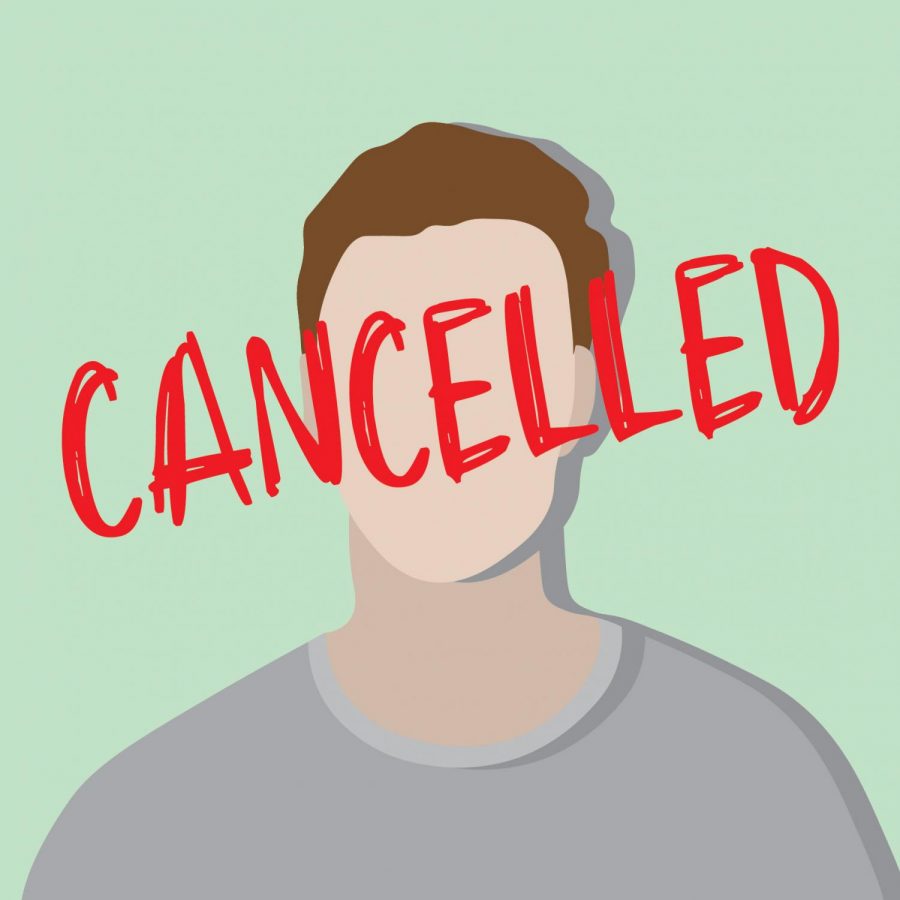 "Cancel culture" has become prevalent at Lincoln. Is that a good thing? Read more about the topic below.

When Googling the term, over two billion results come up. This is understandable considering the essence of this term is rooted in social media and the internet. We see it happen online, and sometimes we see it happen in real life too. But what is “cancel culture” really? Is it effective? Are there alternative paths we can take instead? I personally hadn’t heard this term until this year. I realized I had seen it happen on social media (and in real life), but I didn’t have the language to define it. YouTube stars and online influencers losing their followers and endorsements due to objectionable behavior such as sexual misconduct or using racial epithets are examples of cancel culture in social media. Cancel culture in real life, however, is a little more complicated.

I set out to investigate how the Lincoln community would describe “cancel culture” and how they feel about it. I also wanted to know what they do when cancel culture happens in real life.

Let’s start with the definition:

According to urbandictionary.com, “cancel culture” is “a desire to cancel out a person or community from social media platforms.”

Does canceling those with whom you disagree or who cause harm sound like a good idea?

Many at Lincoln say no!

“[‘Cancel culture’ is] this idea that nobody ever messes up, everyone thinks they’re perfect so… if someone makes a mistake, they’re out,” says Mallare-Best.

“I’ve seen [cancel culture] just through a racial lens and how a lot of people in our school have been canceled for saying the n-word… that was my first introduction to cancel culture and how people can just be automatically hated for stuff that [they’ve said],” says Segueda-Mcgaha.

“[Cancel culture] is also adverse to change and does not acknowledge that people can change,” he says

“[“Cancel culture” happens] If [a] person makes some sort of offensive comment or something that people deem ‘cancel-worthy’ then widespread bullying and essentially canceling them or saying that they’re no longer a valid figure,” says Skowronnek.

The effectiveness (or lack thereof) of cancel culture:

“Cancel culture is…like the antithesis of a conversation… The opposite objective is achieved,” says Walsh.

“I think the pettiness of [cancel culture in real life] needs to stop, [for example] where we like to pick on certain people or something just out of almost hate for them and we want to bring people down on purpose,” says Hodgson.

Skowronek agrees and believes people should be able to move on.

“[We shouldn’t cancel someone because of] something [offensive] that a person might have said in their past, maybe they’ve apologized for it and tried to move on, because there’s the reality that people do make mistakes and that they should be able to grow from those and learn from those,” says Skowronnek.

Mallare-Best believes people with automatic (or unearned) privilege, like being white, or being male, or heterosexual or cis-gendered (oppressive identities) to hold one another accountable.

“If I identify as heterosexual, I should be interrupting heteronormative language or hurtful homophobic language [used by other heterosexual people], for me because I’m not getting impacted in the same way. That’s with any form of marginalized identity,” says Mallare-Best.

“Being a part of the LGBT community, there’s a lot of disrespect, because it is a minority group,” says Hodgson. “I wouldn’t say it’s everyone’s job in that community to help spread awareness for the hate that goes on, but I think when we have the opportunity to call someone out, … people should if they’re comfortable with it.”

When it comes to race, many students of color– including me– like to ask white allies to interrupt racism when they see it.

“I think it’s the responsibility of… white people because they’re less affected by it personally [when it comes to race],” says Walsh.

“There’s a need for affinity spaces, and, in those spaces– let’s take race for example– [it’s] necessary for white people to talk to other white people just because the way in which power is perceived and what triggers folks,” says Mallare-Best.

Mallare-Best quotes Malcolm X when it comes to making quick judgments and canceling each other.

“‘Don’t be in a hurry to condemn because he doesn’t do what you do or think as you think or as fast. There was a time when you didn’t know what you know today.”

Mallare-Best thinks people are in fact capable of change.

“I like to believe that most people are good, especially young people. They just don’t have the tools, we don’t teach the tools to have conversation, to be human, to be flawed and to be all that’s beautiful, we don’t teach that,” Mallare-Best says.

Mallare-Best believes cancel culture comes from a place of unhealthy competition and wanting to feel better than one another.

Sometimes taking space away from a person whose behavior has hurt you is a good idea.

Some Lincoln students do think there are times when creating distance is warranted.

“There’s a space where if there’s someone who is just [being] overly oppressive [in their behavior], there’s a line that our minorities have to draw for our own safety and for our own wellbeing,” says Segueda-Mcgaha.

Walsh agrees. She says that distancing yourself as a minority from a person whose behavior is oppressive is “different than cancelling because you’re more taking your necessary space and it’s more personal to yourself.”

Skowronnek also believes it’s understable for minority groups to distance themselves for protection.

“[There] could be a situation where [if you don’t distance] you put yourself in danger, as that is a reality for a lot of queer people,” says Skowronnek, who is a member of the LGBTQ+ community.

When something “cancel-worthy” happens in our own community, when someone says a derogatory word in a video, or expresses their opinions in a potentially harmful way, many of us immediately cancel them. But will that actually happen in real life? We see those people everyday in the hallways. We sit next to them in class. We may have had conversations with them; maybe we even had positive interactions with them.

How can we all of a sudden cancel them? We are going to keep running into them in the hallways, they will still be with their friends during lunch, they will still be in class the next day– but with an invisible “CANCELED” carved onto their forehead.

In my opinion, that is not the way to move forward. We can’t just pretend that that person(s) doesn’t exist anymore. We can’t click the “block” button in real life. Maybe instead of canceling them, we can initiate a conversation by asking them, “Is that really what you meant to say? Did you really want to cause this much harm? Do you want to talk about it?”

In a world where everything and everyone is getting labeled either “good” or “bad,” we forget to see the grey areas in between. We forget that maybe seven, eight or even nine times out of ten, that person or people actually didn’t mean to cause that much harm, or any harm at all for that matter. They just simply made a mistake. They made a bad call. They said or did something they really didn’t mean. Although thinking that and having that conversation does not and will not heal the many wounds of our marginalized peers, it might just be the right step forward. A leap of faith.

I talked about the grey areas. There’s another side to this argument.

And from my own experience, and from my interviews with fellow people of color, when it comes to race (and/or other oppressed identities that people identify with), sometimes we as marginalized people DO need to cancel, temporarily.

Sometimes, we need to take a step back, take a breath, take that necessary time or space and then step back in and try to go on with our day. In those moments, it’s the white folks, the straight folks, the cis-gendered folks that need to step up their game and end the hate and oppression.

As a person of color, I want to ask this of my white folks, which includes students, teachers, administration, parents and everyone else. You can’t call yourself an “ally” and casually hang out with your friend that caused a great deal of harm in the community.

You can’t call yourself a feminist and forget about intersectionality, or talk about only white women’s’ right to vote, thereby disempowering and taking space away from women of color. You can’t take Critical Race Studies class, wear that “Black Lives Matter ” sticker, badge or hat, and then when your friends, family or loved ones are being racist, sit back and stay silent.

As the writer James Baldwin said, “If I love you, I have to make you conscious of the things you don’t see.”

At the end of the day, we’re all in this together. We make mistakes. We must talk it out with each other, listen to understand, listen to learn, actually learn and go and teach others those lessons. Then repeat.

Let’s not have “cancel culture” be the legacy of our generation. Let our legacy be compassion, love and forgiveness.