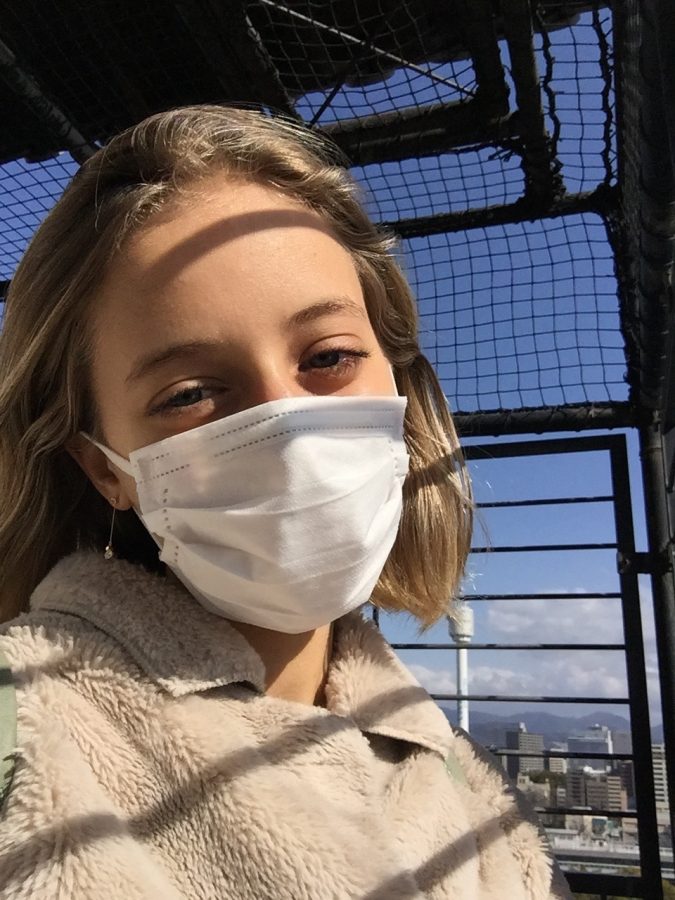 Sophomore Luna Abadia had been in Japan on an exchange from Lincoln since August of 2019. She was forced to return home March 22 due to the spread of Coronavirus.

Students globally are being affected by the Coronavirus (COVID-19) in a variety of ways. Oregon schools will be out until at least Apr. 30, Japan has planned for a five-week closure and Italy has placed a full quarantine on its residents.

Sophomore Luna Abadia has been in Japan on an exchange from Lincoln since August of 2019. She is becoming more concerned about the disease.

“Because of the threat of the virus, we can’t go many places, so students are mostly stuck at home. I am able to hang out with friends in town and walk around outside, but attending any events or group gatherings is prohibited,” says Abadia.

Abadia planned on visiting three host families throughout her year in Japan. Her trip is being cut during her stay with the second family in Iyo-Shi, Ehime Prefecture, on the island of Shikoku in Japan.

“It is disappointing to be limited by something out of my control,” says Abadia. “ Not [being] able to travel to as many places or meet as many people as I would have if there had not been this outbreak [is disappointing].”

Abadia is hopeful that the response to COVID-19 will change how communities treat pandemics.

“I think we can [use] this crisis to think about how we support everyone in a community in times of need,” says Abadia.

Similarly, in Milan, Italy, former Lincoln exchange student Rebecca Follis and her friend Giorgio Piratoni have been quarantined due to the virus. Police are in the streets monitoring those who attempt to leave their homes for nonessential outings. Grocery store trips are limited, with only certain amounts of people allowed in the store at a time.

“You have to get in line and wait for someone to get out of the store before you can get in. So everything is kind of different right now,” says Follis.

According to Follis and Piratoni, the virus was not always taken seriously. Many originally took recommendations from the government as a suggestion and still went out.

“Things go downhill really, really fast,” says Piratoni. “It hits you in the face [that] you have to stay home until April.”

As things became more serious, both note that precautions should have been taken sooner.

“At this moment, I don’t think anything is too extreme, of the things they have done. I think we are kind of late if anything,” said Piratoni.

Follis believes there was another way to handle things without closing everything.

“It could have been more extreme. It would have been easier is we stopped going outside and just went to school instead of closing everything,” says Follis.

Both Follis and Piratoni have found the shift to online school to be challenging.

“I would study six hours per day. And now I’m studying probably half an hour or an hour,” says Follis.

Because of this, students risk being unprepared for the exam they are supposed to take at the end of this year. The exam is an important conclusion to their fifth year of what we would consider high school. Whether this exam is still happening is up in the air.

“It is such a big exam that I don’t know how they will work it out. We should be studying way more than we are,” says Follis.

The unpredictability of whether the exam will be given may also have an effect on their future.

“These exams are kind of like our graduation and we don’t know how they are managing it,” says Follis.

Abadia returned home from Japan on Mar. 22. Her exchange was shortened due to COVID-19. Follis and Piratoni remain in quarantine as the situation in Italy continues to change.