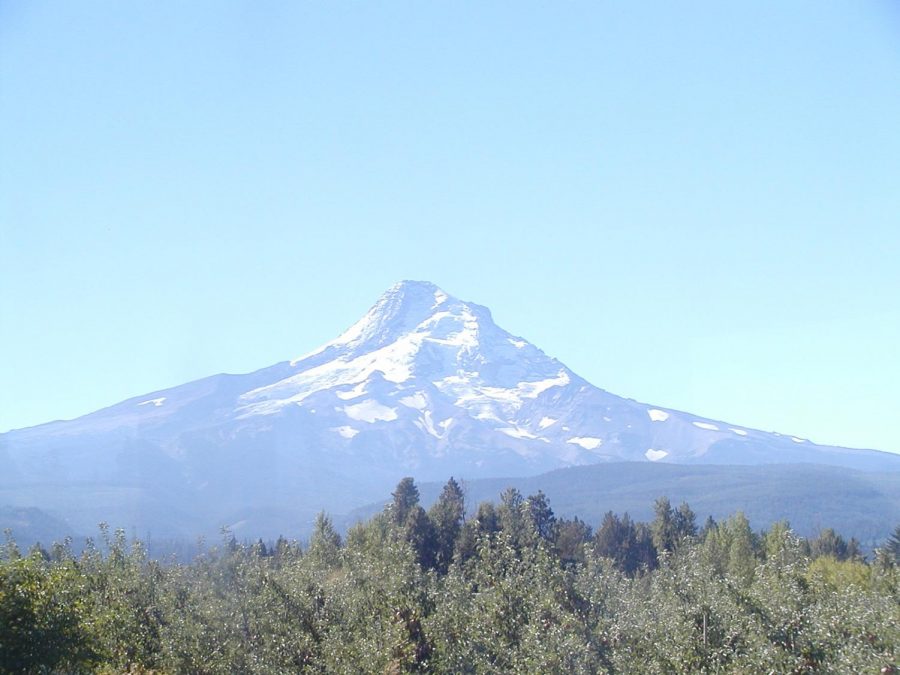 “Two unrelated deaths at Mount Hood on the same weekend are a rarity in mountain’s history,” opens an article in The Oregonian describing two unrelated snowboarding deaths on Feb. 16 and 17 in the same spot at Mt. Hood Meadows ski area Heather Canyon.

Heather Canyon is a popular skiing area at Mt. Hood Meadows, one of Mt. Hood’s three ski resorts, and is known for its double-black-diamond terrain, meaning it should only be attempted by expert skiers and snowboarders. According to Tripadvisor, Heather Canyon consists of some of the most advanced skiing terrain in Oregon. However, it may have gained a new reputation in the eyes of apprehensive skiers due to this incident.

“I feel like it makes me more aware that skiing does have risks that come with it, and similarly there are risks when skiing in Heather Canyon,” says sophomore Lea Khunis, a member of the Lincoln Alpine Ski Team in regard to these deaths.

According to The Oregonian, there have only been three other deaths in the history of Mt. Hood’s Heather Canyon. These deaths occurred in 1999, 2010 and 2017.

On Sunday, Feb. 16, 45-year-old Ryan Zeitner died in a snowboarding accident while he was snowboarding with his friend, Colby Hunt. Zeitner was an expert snowboarder, and according to The Oregonian, had “thirty years of experience on the mountain.”

On Sunday morning, Zeitner and Hunt entered the Moon Bowl gate and both fell immediately on what Hunt describes as “the hardest smoothest ice sheet [he’d] ever encountered. It was a huge, bullet-proof, invisible ice sheet.”

After Hunt and Zeitner fell, Zeitner slid down the mountain until he was stopped by two ski patrollers at the bottom. Though Hunt recovered from his fall, Zeitner was extremely injured. Hunt made efforts to protect Zeitner by standing uphill from him on the slope as other skiers and snowboarders slid around them. Despite the efforts of two ski patrollers, Hunt and a doctor in the area, Zeitner died on the mountain from his injuries.

“Meteorologists said the weather on the mountain over the weekend wasn’t a cause for concern,” says The Oregonian in its article about these deaths.

However, Zeitner was not the only man who died in Heather Canyon that weekend. Tim Bauter, a 47-year-old man from California, went to Mt. Hood on Feb 14 for a weekend ski trip alone and was supposed to return to his family in California on Monday. Bauter was an experienced snowboarder and had gone to Mt. Hood’s Heather Canyon multiple times. Though he went missing on Feb 14, his family did not call the police until the afternoon of Feb. 17. Searchers found him that evening in “a creek hole near a small waterfall in Heather Canyon,” according to The Oregonian.

Though the weather wasn’t expected to be an issue, skiers should be knowledgeable of the risk they take when they ski at Heather Canyon at all times.

“Always check the snow conditions of your line before you drop in. Snow conditions can vary significantly-even on the same slope,” says Lincoln Alpine Ski Team coach Cameron Clear.

The terrain in Heather Canyon, according to The Oregonian, in addition to being some of Mt. Hood’s most advanced terrain, is usually unpatrolled. Additionally, it has many waterfalls, creek holes and unmarked obstacles, and there’s a danger of an avalanche at all times.

“In order to avoid tragedies like these I always ski with at least one other person,” says Khunis. “This way there is one person who can help if something happens. I also always remember to only ski-in areas that are within my ability level and are not way too hard.”

“I never ski alone. Especially if I’m skiing in uncontrolled areas,” Clear says. “I’ve had friends unburied in avalanches, pulled from tree wells and life-flighted from the mountain…all because friends were there to save them.”

Despite these deaths, Heather Canyon is still a crowd favorite for skiers who enjoy advanced terrain.

“I am for sure going to continue skiing in Heather Canyon because it is the best place to ski at Mt. Hood,” says Khunis.

Clear agrees. She also thinks that skiers should be knowledgeable of the risks they take when skiing or snowboarding.

“Injury and death are part of the sport, sadly, and it is on the skier or snowboarder to take precautions. To know the snow, to know the line and to have a plan B should things take a turn,” Clear says. “I’ve lost many friends in this sport. If we can use their memories in a positive way, it is to understand the risks, evaluate our lines and make honest assessments of our abilities.”