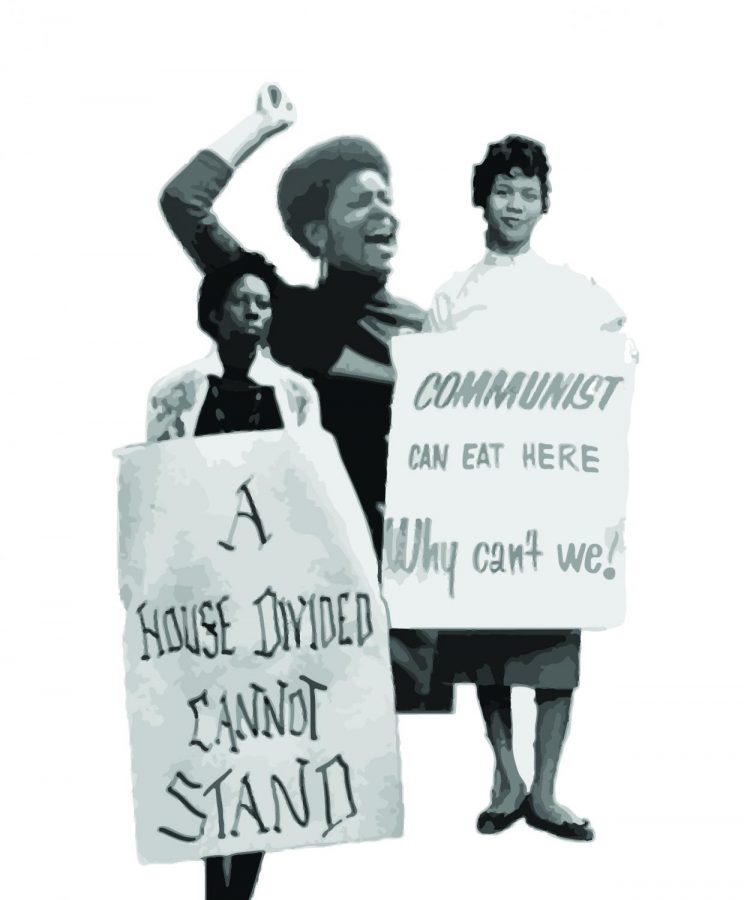 Black women protest during the Civil Rights Movement in the 1960s.

During Black History Month you learn about notable black activists during the civil rights movement like Malcolm X, Martin Luther King, Rosa Parks and Harriet Tubman. You can probably list more men who were activists during that time than women, but for every great African American male activist there was an even greater African American woman activist who was not talked about, and you did not learn about. Not knowing about these other amazing women who contributed to making history is common.

Women during the Civil Rights Movement had little to no rights in society and men thought women had a certain role to play and that they should stick to that role. Learning about powerful African American women who made change, broke barriers and were not compliant breaks the common narrative that men are stronger, and the common narrative that the white dominant society wants us to believe, and as a black woman not learning about black women in history silences our strength, story and history, and not seeing myself in places of power and seeing girls like me in texts books plays into the white dominant narrative.

I wanted to be loud and voice my opinion and educate myself in school by taking Critical Race Studies class and outside of school by my own research and activism. I did not want to learn the lies about Christopher Columbus. I wanted to learn about the history of black women and men who fought for black and brown kids like me so I would be able to do what I can today.

I realized that I had to educate myself about Portland, my race, and my history. As I learned about my history I realized that women who look like me are barely ever talked about in textbooks and that was a disconnect for me in the classroom. So that is exactly why I made sure my voice was loud and made sure I was unapologetically black. But that came with eye rolls and sighs because when black women want to talk about race it’s an automatic stereotype that we are angry and aggressive instead of being passionate and driven about a topic that affects us and our loved ones. I have been called “ghetto,” “that angry black girl,” the N-word, and so much more.