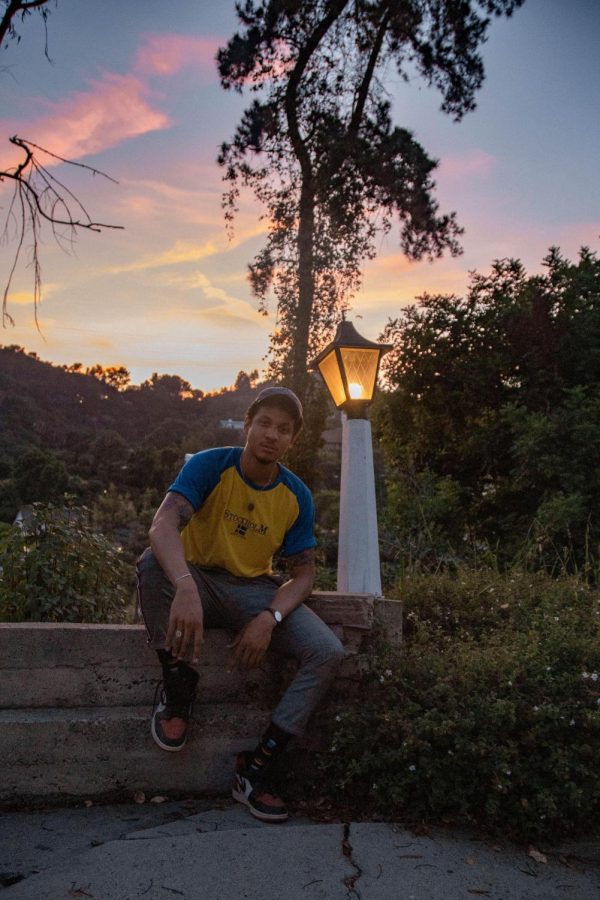 JT Flowers poses for a photo. Flowers, a Lincoln Alum, was awarded a Rhodes Scholarship in 2017.

The Cardinal Times interviewed JT Flowers, a Lincoln alumnus who currently lives in Northeast Portland. After graduating from and working at Yale to support low-income students, he joined Rep. Earl Blumenauer’s (D-OR) local field office, where he was praised by the Congressman himself. In 2017, he was one of 32 Americans to be awarded a Rhodes Scholarship to study at Oxford. He is working on an EP titled “Lose My World” and has been featured on prominent Internet music blog Lyrical Lemonade.

What was it like growing up in one of the whitest cities in the US, and especially at Lincoln? How did this affect you? How do you feel about Portland?

I’m from inner Northeast Portland, just a few blocks away from Jefferson High School. So I grew up in what was then a predominantly Black, working-class, and low-income neighborhood. The bulk of my daily life outside of school (sports, friends, etc) was rooted in the local Black community… so, from an early age, I was forced to look at Portland through a multi-dimensional lens. I lived life in every pocket of the city. Because of that, I didn’t feel estranged from my Blackness in the same way that a number of my Black friends who grew up in the West Hills did. My Blackness was not something I felt ashamed of.

Lincoln was a weird place, because most of the Black kids came from my neighborhood, out of district. Most of us played sports. Most of us hung out with one another, took the 6 [TriMet bus] to and from school together, took classes together, and sat on what was then informally known as [the] “Black Bench” together in between periods. We hung out in the gym and cafeteria during lunch, whereas most of our white peers ate their lunches in lawn chairs in the hallways.

The strangest part about my experience at Lincoln was transitioning from the standard academic track to a full-IB course load in my senior year … first off, I no longer had any friends in any of my classes – the upper-level courses were almost exclusively populated by white kids. Second, I realized that those “smart” white kids thought that I was dumb as all hell! I remember how badly that messed with my head … Lincoln was good and bad. Folks like Mr. Caples, Ms. Chapman, Mr. Gutlerner, Mr. Halpern, Mr. Lynch … Ms. Wadkins, and my guidance counselor really had my back. But the majority of the time, most people I interacted with were quick to stereotype and quicker to write me off as a clown, a disruptor, or a Black boy who couldn’t do much else other than dribble a round orange ball.

Whenever I’m home, I stop by and visit Lincoln. The first time I ever came back was the summer after my freshman year in college. I ran into an old teacher of mine, and she asked what I was up to. When I told her I was in college, she said, “oh that’s great! Where at? PCC?” This woman didn’t even expect me to be in school in the first place! But Lincoln will always hold a fond place in my heart. It’s a place I’ll always come back to.

As for Portland, the short end of it is: it’s complicated. The city’s changed a lot since I graduated from Lincoln and left in 2012. [The neighborhood I grew up in] …  is now something like an upper-middle class, white hipster mecca. Most of my friends and family have been pushed deep out into the numbers, in areas that don’t feel like part of a city at all. The faux-progressivism of the city as a whole kills me. It feels so overwhelmingly corny and played out. But there’s still a lot to love. It’s still home.

Why do you care about music?

Music is water for the soul. As a kid, it was the closest thing I had to therapy. As an adult, it’s the closest thing I’ve found to sanity. Music is cathartic. It’s a release of energy, and the creation of a moment that can be lived again and again. A moment that others can step into. For comfort, remembrance, enjoyment, or any other range of feelings. It’s the most beautiful thing we’ve got. It’s kept me alive.

Which musicians did you look up to that you found inspiring as a young man?

What is your final goal for your music?

What advice would you have for a high school student trying to roll the dice for themselves?

Bet on yourself. If you don’t, nobody else will! Actively visualize where you want to go, how you’re going to get there, and the work it’s going to take to get from where you are at present to your goal. Write it down and ask other people to give you feedback. Be a humble learner. Put in the work, and flip a finger to the judgment of others. They won’t see where you’re going until you’re there. Surround yourself with people that help you build rather than breaking you down. Understand that there are going to be a hell of a lot of lows along the way. Take them in stride. But most importantly, be intentional about actively doing things to keep yourself whole. Ask for help when you need it. There’s nothing easier to lose touch with than the face you see in the mirror.

How did you stay motivated to accomplish so much?

Didn’t have a choice! My greatest fear growing up was never making it out of the Town. I was hellbent. The two figures that most heavily motivated me, Nipsey Hussle and Kobe Bryant, both died tragically this past year. They shared a common philosophy rooted in embracing struggle as a necessary component of triumph. I did all I could to embody that mindset – to develop the mental toughness I thought it would take to overcome the obstacles stacked against me. I surrounded myself with friends who not only believed in me, but loved me enough to hold me accountable. I was lucky enough to be blessed with a family that did the same. And I focused on developing the discipline necessary to keep myself on track. Delayed gratification – it’s a gift and a curse.

Were there times you doubted yourself or your ability and how did you push through it?

Every single day. One of the things I learned young (through sports) was the importance of what my old coach used to call the six inch playing field between the ears. I’ve doubted myself as a basketball player. As a student. As a speaker. As an intellectual. As an artist. Doubt is something I’ve had to learn to welcome. To welcome is to accept without fear, to observe without giving that negative thought the nourishment it needs to fester. Once I’ve registered the doubt, I’m intentional about trying to think positively about the outcome I’d like to see realized. My grandma says it much more cleanly: “don’t put any energy into anything you don’t want”. Personally, I’ve found that the best way to proactively minimize doubt in my life has been to simply do the work. Knowing that you’re putting in the time goes a long ways. If I had to sum it up in a sentence, I’d say the intentional development of discipline, a complete commitment to a given craft, and the abandonment of excuses.

How did your mindset change from being a low GPA high school student to putting in so much work for success? How did you change as a person?

I don’t think I necessarily changed as a person. I did reorient my focus, though. The way I saw it, school was never something I was meant to excel at – as a Black boy from a working-class background, the world around me had conditioned me to think of myself as anything but smart. My mother and my family had always believed in me, but the various academic spaces I passed through hadn’t. Breaking out of that pattern of thought (i.e. ditching the idea that I was stupid) took a couple of things. The first was seeing that somebody in an academic setting believed in me. The first teacher that told me I could actually be something aside from a basketball player was Mr. Gutlerner. He and Mr. Halpern taught me how to structure, organize, and express the thoughts I had always had floating around my brain, and affirmed those thoughts as worthwhile. That changed my life. The second was having basketball – my lifeline and means of making it out of my neighborhood – taken away from me. The combination of an injury and a poorly strategized switch of AAU teams led a number of schools that had offered me scholarships to rescind those offers. Long story short, I had bad grades but good test scores, and schools that were recruiting me could see my test scores; when my game tanked, schools that were worse athletically but better academically started reaching out to me. I was left with no other choice than to redirect the same survivalist energy that had driven me to spend 6 hours in the gym every day towards the only other path I could see: school. Once I applied a more regimented approach to my own learning, I slowly began to start building a bit of confidence.