Black artists are missing from the Oscar scene 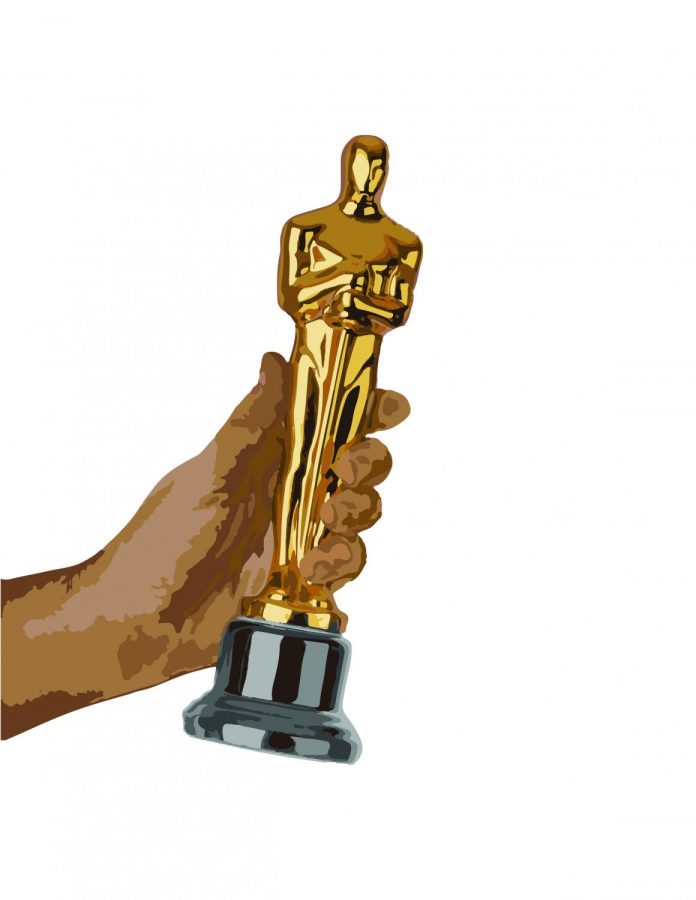 We’ve seen it time and time again. The Oscars, arguably one of the most prestigious film award shows, love to praise white artists and neglect the masterful work of artists of color.

Since February is Black History Month, we chose to expose the habit of the Academy Awards failing to recognize black filmmakers and artists.

The major awards at the Oscars are Best Director, Picture, Actors and supporting Actors (male and female). The Oscars in total have 25 categories ranging from 5-10 nominees.

When the 2020 Oscar nominations were released, the public wasn’t surprised to see that there were only two people of color nominated for the major awards: Bong Joon Ho, director of Parasite, and Cynthia Erivo, the lead actress of “Harriet”. Lack of diversity at the Oscars has been a recurring problem since they first aired in 1929. In the 91 years since the first Oscars ceremony, only 188 black artists have been nominated, while only 44 have actually won. In total, there have been 2275 Oscar winners and black artists make up only two percent of that.

The Oscar winner gets selected by members of the Academy of Motion Picture Arts and Sciences, which consists of Hollywood and international filmmakers, artists and actors. According to an article by the Washington Post, this year 32 percent of the voters are women and 16 percent are people of color. With over half of the Academy members being male or white, it is not surprising to see that the majority of the nominees share the same traits.

Black actors usually get nominated for roles or stories that need to be told through black people. It could be argued that black artists are mentioned solely because Hollywood doesn’t want to seem like they are excluding black stories. However, black actors are able to take roles other than the roles that focus on their race. Black actors have historically been included in the Oscars because of performing roles that couldn’t otherwise be played by actors from a different race. This is in no way discrediting or criticizing their performance, it’s only an observable pattern seen in Oscars history.

This year, the Oscars have excluded various black actresses, one being Lupita Nyong’o, despite the attention she gained for her performance in the movie “Us”, written and directed by Jordan Peele. Nyong’o’s character wasn’t an intentionally black character, it was only performed by a black artist. Race, in this movie, wasn’t intentionally isolated. The role could’ve been filled by any actress of any race, it didn’t have to be a black actress. Nyong’o was cast because of her acting abilities, not her race.

Even if black artists do get cast in Hollywood, they have been intentionally cast as sidekicks or secondary and supporting characters. Traditionally, the supporting roles have been more underestimated and less recognized in film history, resulting in more wins in the best supporting actor category by black actors. This is due to the inflexibility of an institution that has been based on white supremacy, benefiting white people and degrading people of color.

The only black woman who has won Best Lead Actress is Halle Berry who won for her role in the 2002 ‘Monster’s Ball”. According to Variety magazine, the number of black actresses nominated for Best Supporting Role is bigger. Since then, five actresses, including Erivo, have been nominated for this category, none of whom have won.

Last year’s Best Picture was given to the movie Green Book, which faced criticism because of the story being told through a white perspective. Film critic Brooke Obie said in her review for Shadow and Act that ‘Green Book’, “is a poorly titled white savior movie.” Obie was not the only person saying this. Critic Monique Judge wrote for The Root that the movie, “spoon-feeds racism to white people.”Although Mahershala Ali won the Oscar for Best Supporting Actor for his role in the movie, the fact that he was the supporting actor in the movie only highlights the whiteness of the movie.

In the Best Director category, only five black artists have been nominated, with the last one being Spike Lee who was nominated for his movie “Blackkklansman”. All of the nominees have been male, none of whom have won.

“Us” was yet another masterpiece from the mind of Jordan Peele. The movie received a lot of attention and praise after its release in March 2019. However, at this year’s Oscars, “Us” was overlooked and didn’t receive any nominations.

The only black artists that won any of the awards that they were nominated for were Matthew A. Cherry and Karen Tolliver for their work on the animated short film Hair Love. This win is extremely important for many people, especially those who can see themselves in the short film, however, it is still not acceptable for the Academy to neglect the outstanding performances from black artists in the past year.

All of the major acting categories were won by white actors and actresses despite Erivo being nominated.

As marvelous as they may be, the Oscars did fail to recognize black artists in their wins which they can get away year in and year out but calling out the misrepresentation is still very much important.