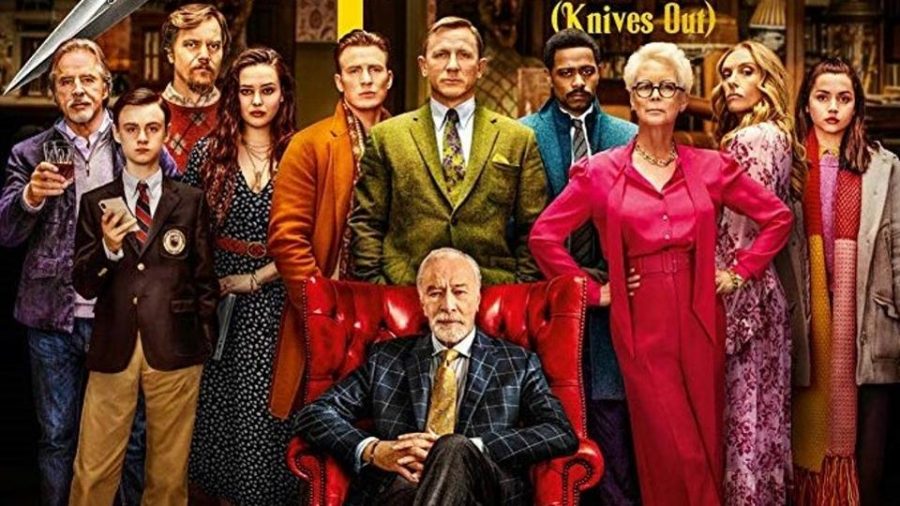 It’s been said the classic “whodunit” is dead, but the movie “Knives Out,” directed by Rian Johnson, proves the obituary is premature. The movie explores a murder mystery worthy of Agatha Christie, with twists and turns constantly keeping the audience unsure of what will happen next. In a time when action movies reign supreme, it is refreshing to watch a movie where the plot demands paying attention to every detail. It brings to today’s audience a genre that was once extremely popular.

The movie begins after the death of a wealthy mystery novelist, Harland Thrombey (Christopher Plummer). He is found dead in his mansion the morning after he threw a party celebrating his 85th birthday, which his entire family attended. His throat was slit with a knife. The police initially consider it a suicide-case closed.  However, when private detective Beniot Blanc (Daniel Craig) is anonymously hired to find if there was foul play, the investigation begins and the story takes off. Causing much confusion, no one, including Blanc himself, knows who hired him. Every family member becomes a suspect and we soon find out many of them were having rather big “disagreements” with Thrombey, all involving his will and his possible intention to disinherit some of his children.

Ana de Armas gives a powerful performance as Harland’s caregiver, Marta Cabrera, who finds herself embroiled in the murder investigation. Through her character, the movie deals with current issues of immigration. She faces the threat of her mother being deported as Marta’s mother is undocumented.  This is a tension that constantly affects the choices Marta makes. The way her employers, the Thrombeys, act around her is vital to the plot. Thrombey’s children act as if they consider Marta, a member of the family, but events prove that they see her as no more than hired help.

As the mystery unfolds, the plot keeps the audience engaged and constantly second-guessing “whodunit.” The role of detective Benoit Blanc is essential. The character relates back to many fictional detectives, most famously Hercule Poirot, who clearly sees what all the rest of us miss.  The director keeps the plot rolling by seeing that Benoit Benoit is slow to inform the suspects of the results of his deductions. Viewers gradually learn the secrets each person is hiding, as well as the true intentions of Thrombey’s children. In the end, we solve the mystery in true murder mystery fashion, with a surprising yet logical twist at the end.

I definitely recommend “Knives Out”. It gives a refreshing and gripping movie experience that keeps the viewer keenly engaged.  It is a must-see movie with compelling characters, an intricate plot and a murder mystery whose ending is sure to surprise.

Armstrong, Rebecca, “How Crime Fiction Has Moved On.” Independent, February 19, 2013. Found at https://www.independent.co.uk/arts-entertainment/books/features/how-crime-fiction-has-moved-on-8500257.html