Some students must choose: dance or tradition 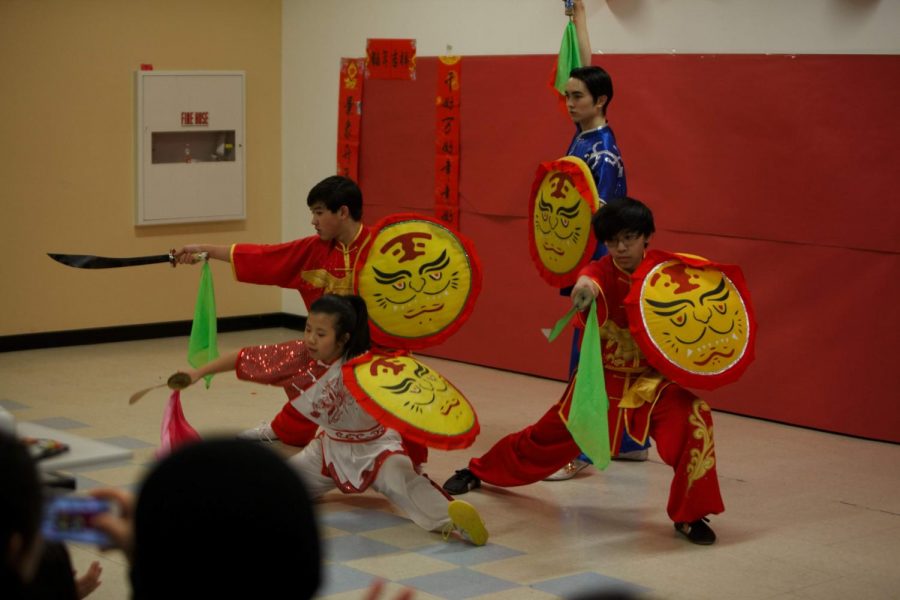 For many students, next Saturday, Jan. 25, Lincoln’s Winter Formal dance could mean the choice between dancing with friends and celebrating with family, due to a peculiar scheduling change.

Lincoln’s leadership team made the decision to move the date of this year’s Winter Formal from its traditional date on the Friday of finals week to Saturday, Jan. 25. This change was made to allow students who play basketball on that Friday night to attend the dance and to give students a break after finals concluded.

However, the new date for Winter Formal falls on a celebration important to many students: the Lunar New Year.

The Lunar New Year is an important holiday celebrated by people from many Asian cultures including China, Korea, Vietnam and more.

“I celebrate it with my family,” says Elizabeth Hwee, a co-leader of the Asian Student Union (ASU). “My grandmother makes dinner with my dad and his brothers come. My cousins come back from college. We’ll have dinner. It’s a big deal.”

Kylie Jones is a junior and the leader of the Asian Culture Appreciation Club. This year, her Chinese New Year plans include “an obligation to celebrate [Lunar New Year] and perform at the Keller Auditorium,” she said.

The date change of Winter Formal forces Jones and her friends to make a difficult choice.

“I know a lot of kids, even within [my] friend group, that can’t go to Winter Formal now because they’re obligated to go spend time with family,” says Jones. “It’s frustrating because so many kids look forward to these types of events and [now they have to choose between] family or the American high school experience.”

Sophomore Claire Reynolds is on this year’s Winter Formal planning committee and finds herself affected by the date change.

“As a person who celebrates Lunar New Year, I find the time of Winter Formal unfortunate to me. However, there is nothing I am aware of that can be done about it since [the] date has been set by the year prior to us with a contract.”

For some students, the date change raises questions about how Lincoln and PPS organizes these events.

According to PPS employee Daniel Cogan, the district sends out a weekly newsletter to PPS schools that include major cultural and religious holidays. He claims the Lunar New Year was included in these newsletters.

While Lincoln’s business manager Jill Ross received these newsletters, she says PPS only reminded her of cultural and religious holidays when booking district-wide events like back-to-school night, and since Winter Formal is not such an event, she did not receive a reminder.

“[PPS sends] us reminder emails for big events that the rest of the schools have as well – they [did not send] anything to remind us before booking Winter Formal,” says Ross.

Cogan acknowledges this miscommunication between PPS and Lincoln and notes an important change needs to be made to prevent similar situations.

“If the [Lincoln administration] didn’t get the information about Lunar New Year, then I need to make sure the announcements are more frequent and obvious so that they do not get lost in the online newsletter,” he comments. “This is critical because students who typically are not in the majority are those who will feel left out when schools schedule over their cultural and religious observances.”

Senior and co-leader of ASU, Mia Fong, thinks the problem isn’t the date change, but rather a problem rooted in Lincoln’s culture.

“It’s not just about Winter Formal. It’s a symptom of a larger problem at Lincoln that a lot of people feel they can get away with when it’s the Asian community in question,” she says. “I know so many people who show up to school [wearing] ‘aesthetic Asian clothes’ and that cool [Asian-inspired] Brandy Melville shirt or Urban Outfitters hoodie, even to our own Critical Race class. That would not fly if it were other [cultures].”

While no changes can be made to this year’s Winter Formal, Jones is calling for recognition and changes in the future.

“There’s nothing [Lincoln] can do about Winter Formal now—it’s too late. But they can change for the better, for the future, which is all I want them to do,” says Jones.