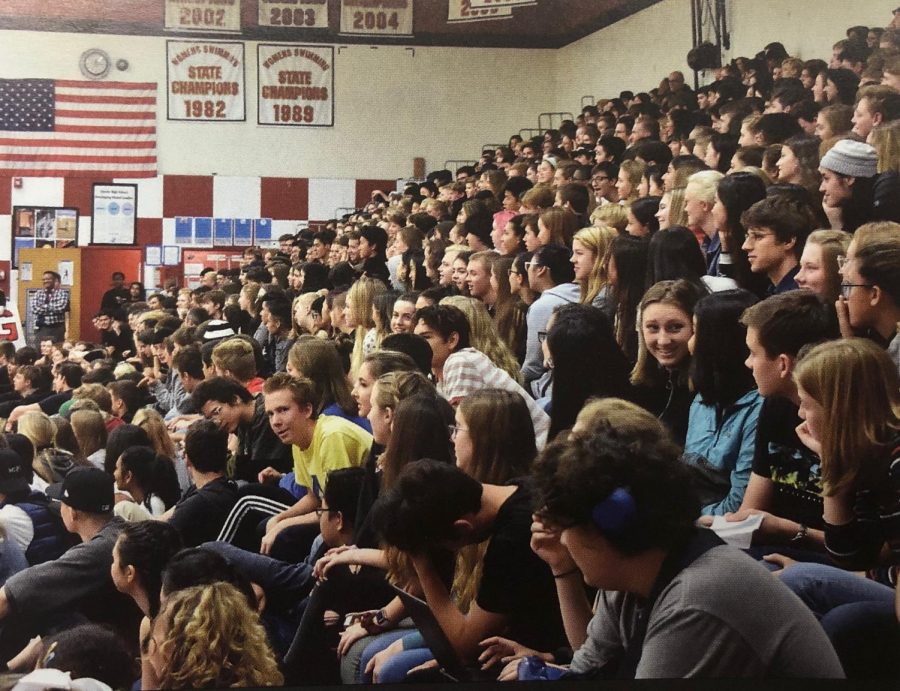 Hoopfest has been a tradition at Lincoln since 2014, and, according to principal Peyton Chapman, no fights have broken out since then. This changed on Dec. 16, 2019, when the Redeem Team and No Name team faced every other to see who would advance to the third round. A fight ended the game. Consequences for the fight are being administered through a process of restorative justice.

Currently, there are 12 Hoopfest rules, only one of which concerns respectful conduct. This rule, number six on the list, reads “Be respectful and supportive of all teams and refs.” The other 11 rules briefly discuss the number of players on each team, who can play, the time allotted for each half and that matchups will be randomized.

When Redeem Team and No Name team faced each other on Dec. 16, librarian Lori Lieberman, one of two staff in attendance at the game, said the fight occurred with approximately two minutes of the game remaining.

When the fight began, Lieberman ran to find help. She returned with Mr. McGee. By the time they returned, the fight was pretty much over.

The Redeem Team was disqualified after the fight.

“[Throughout the whole game,] the vibe felt really explosive. It really felt like something bad was going to happen,” said Lieberman.

Conversely, a player on the Redeem Team felt that the game was aggressive yet competitive.

“I’ve played in way more aggressive games in the past. I don’t think it was extreme. Our game was so much closer, that’s the only reason why it really broke out into [the fight], because of how close it was,” said a player on the Redeem Team who asked to remain anonymous.

“The game was played by two teams who were passionate about winning. It was very competitive but not beyond games I have seen played between two equally matched teams,” said Brida.

Both teams agreed that the reffing style led, in part, to the fight that occurred.

Brida said that no additional calls were necessary.

“Without a whistle, it was hard to call fouls over the loud music. There was nothing egregious during the gameplay that was cause for stopping play until the end, when I stopped the game,” he said.

After the game, students and staff began to wonder whether Hoopfest regulations should be tighter. Players and spectators had mixed feelings, due to the difficulty of regulating the tournament, but the general consensus was that stricter regulations would be helpful in the future.

“I really like Hoopfest as it is,” said Lieberman. “I think with any kind of high school sports experience, there’s always students who are going to take things way too seriously. I don’t know how you regulate against that. I think when you play in a dangerously aggressive manner, you should be tossed out of Hoopfest.”

A player on No Name, Justius Lowe, agreed.

“If people are being aggressive and fouling and all that, I think someone needs to step in and say, ‘hey, you can’t do this,’ or [the player] just [needs to be] kicked out of the game and then the game will go on after that,” said Lowe.

Brida explained the disciplinary action taken after the fight.

“The admin team reviewed the policies surrounding Hoopfest and also looked at the avenues for discipline,” said Brida. “We felt it was best to work with the teams through a restorative justice process rather than suspend [the players].”

According to the Lincoln Student Rights, Responsibilities, and Discipline Handbook, Restorative Justice is “a philosophy grounded in the belief that positive, healthy relationships help us thrive… Restorative Practices are the skills and processes that help us build, maintain, and repair relationships to form healthy, supportive & inclusive communities.”

Brida outlined steps for the future of Hoopfest.

“Everyone– the admin team, the leadership students and the Lincoln student body as a whole– wants Hoopfest to be a fun experience for all those that participate,” said Brida. “In the future, we will be sure to have more adults in the gym as the games are going on. We will have a captains’ meeting in the future before Hoopfest to outline the expectations for the teams.”