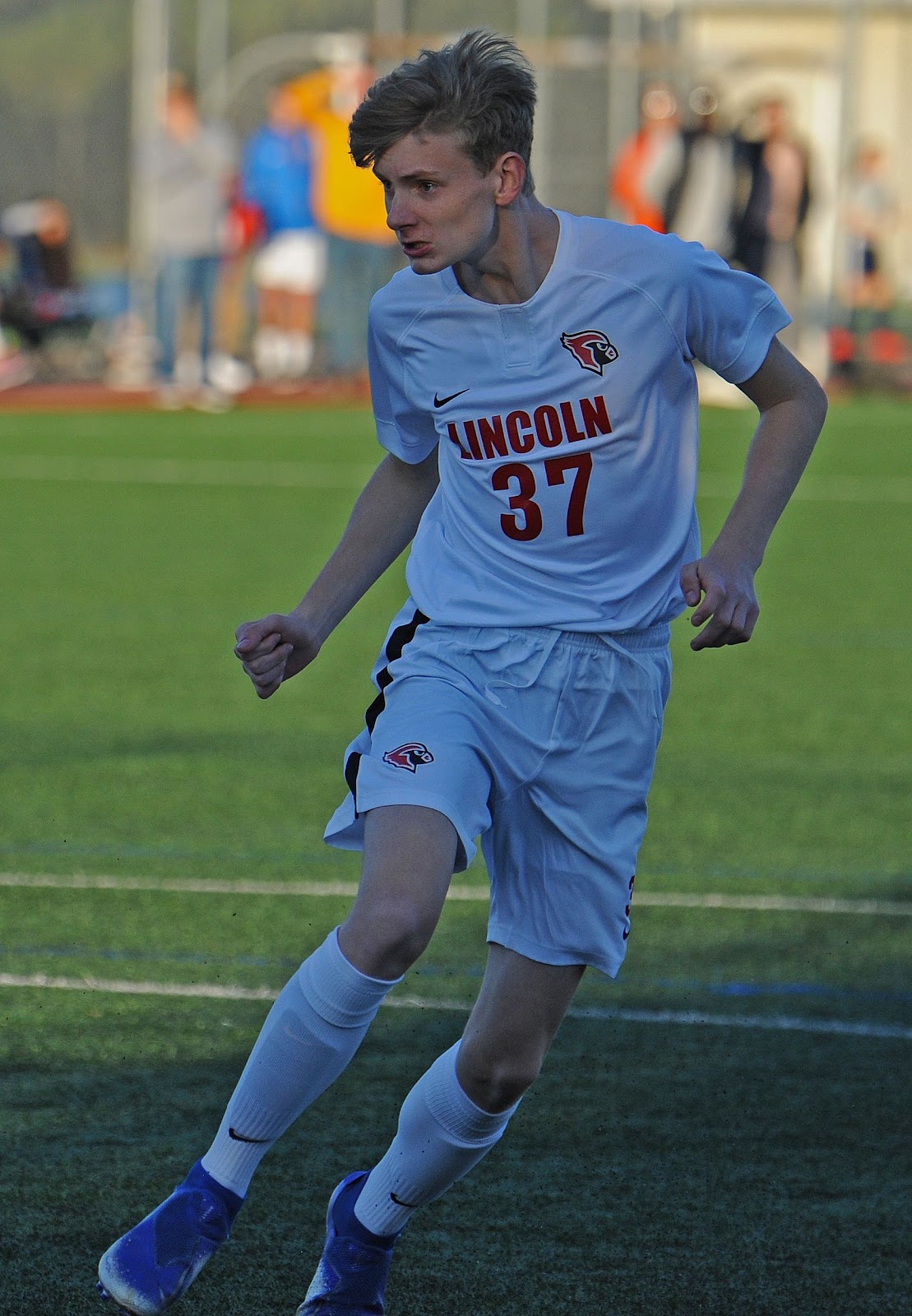 The wet ball was played perfectly over the defense and right into the path of the Lincoln soccer JV striker, Jack Kerrigan. Kerrigan then coolly fired the ball into the bottom corner of the net to tie the match. His teammates swarmed him knowing he had just scored his first high school goal.

“It was super relieving and shook the nerves off… Just reaffirming to myself that I actually belong on the team,” said Kerrigan.

Kerrigan, 5’ 11” with a skinny stature and light blond hair, looks like he fits in with the sophomores and juniors on the JV soccer team, but he is one of just two freshmen on the team. Being the youngest on the team can create added pressure to perform, but Kerrigan says he has been able to overcome performance pressure.

“It’s kind of like giving a speech, at first it’s hard, you know it’s hard to talk in front of a bunch of people. But once you do more speeches or in this case, play more games it becomes like a second nature.”

Performing in high-pressure situations is not new to Kerrigan. He won State Cup with his FC Portland team in 2016. Kerrigan says been playing soccer since Kindergarten and has loved the game since he was very young.

“I love the sort of tactical piece of it and how it is truly more than a game,” said Kerrigan.

Even with the experience Kerrigan has, he still has had to adapt to high school and JV level soccer. Kerrigan says that the physicality of high school is something that separates it from club soccer.

“High school soccer is different [from club] because it is a lot more physical… it’s just night and day the difference between the two [high school and club],” Kerrigan said.

Kerrigan says he has had to work hard to keep up with the raised level but it has been very rewarding. He says he has met a lot of new people through the team so far and his personal skills and physicality have improved exponentially. He especially likes the close-knit team aspect.

“We’re more than a team, we are a family. Just being around [my teammates] on the team bus, in carpools, or at team lunches; it’s just a great atmosphere,” Kerrigan said.

Kerrigan says that the main advice he would have for other soccer players or athletes is to have confidence in yourself. He says to always have the courage to go to the next level. He also said that he would recommend Lincoln Athletics to every student at Lincoln.

“I feel like it is just a great community, every sport at Lincoln [is]. Also, [sports] are great to get to know new people… If they are wondering if they should do athletics it is a great way to open up to new people and I would highly recommend it.”

Kerrigan has continued to perform well on the JV team and has bagged eight goals in the first 11 games of the year. Against a hard-nosed Liberty team, he scored the game-winner in a 2-1 win. He hopes to finish the season out with some more goals and then looks to next year.

“I really want to try to make Varsity next year. I don’t know if it will happen but I will train hard in the offseason, so that’s definitely a big [goal].”