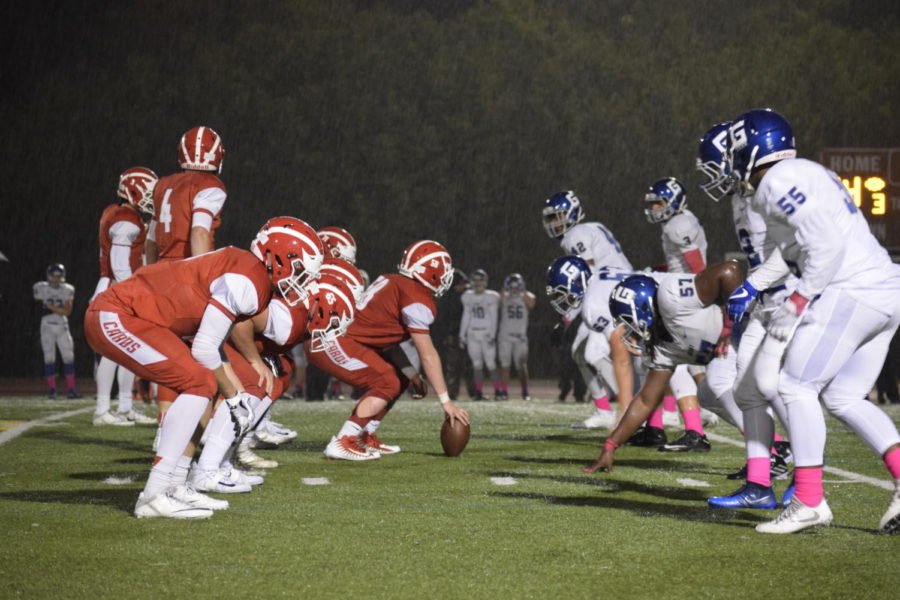 UPDATE 12/11:19: It is now confirmed that Lincoln will practice around 5:30 pm at Wilson High School, as opposed to Jessica Russell’s original statement of 7:00 at Jefferson High School

On Nov. 6, the Lincoln varsity boys’ soccer team ended their season by playing the last-ever game to be held on Mike Walsh Field.

Starting in December, Lincoln students and members of the community will no longer be able to access what has been an essential part of Lincoln High School for years.

The turf field outside of Lincoln was named the “Mike Walsh Field” in 2002, when the Walsh family made a $250,000 donation in memory of Mike Walsh, a Lincoln alumnus. As a 1960 graduate, Walsh was the Student Body President and an All-State Track and Field athlete. He then attended Stanford, followed by Yale Law School, where he graduated No. 1 in his class. He was appointed U.S. Attorney for the Southern District of California by President Jimmy Carter in 1976, before dying prematurely of brain cancer in 1994.

The Mike Walsh Field has been a staple of both Lincoln and the surrounding community for years. In 2011, Thomas Tyner of Aloha broke his own OSAA 100-meter dash record at the PIL Track and Field District Championships, hosted on– you guessed it– the Mike Walsh Field.

“[On that day,] it [felt] like the whole city was at Lincoln, which [was] super fun,” said Lincoln’s athletic director Jessica Russell.

The field has also seen both memorials, like the aftermath of the Parkland shooting in 2018, and celebrations, like the welcoming of freshmen in August along with countless “Senior Sunrises.” Events like these will have to find a new venue in the coming years.

Sports will also be impacted by the construction, which will break ground on Dec. 14. Teams are currently looking for solutions.

The district is planning on installing a turf field and lights at West Sylvan Middle School. The football and soccer teams plan on using this field for practice throughout the rebuild. Home football and soccer games are likely going to be held at either Lewis and Clark University or Riverdale High School.

“I think it’s definitely annoying to deal with [going to] the West Sylvan Field, [but], once it’s turfed, it will be super nice and much better than the [current] Lincoln field,” says Jolie Maycumber, a junior on the varsity girls’ soccer team.

Because it will take some time for the turfing and lighting to be built, Portland Public Schools is planning on installing temporary lighting at Rieke Elementary School for lacrosse teams to use this spring.

“Personally, I feel good about the move [to Rieke] because it is a better solution than I ever imagined because of construction,” said sophomore Riley Buehler, who plays on the varsity girls’ lacrosse team. “[But] it will be hard to get to practice depending on the time for some players.”

Track and field athletes will likely have to travel to Jefferson High School for practice in the spring. This news came as a disappointment to many members of the track team, as practice time would be changed to around 7 p.m., after Jefferson finishes practicing, potentially impeding on students’ ability to attend.

“I think this move will force us to be a bit more creative when it comes to practices and communication,” said head track and field coach Eric Dettman. “We’ll lose some kids due to these changes, but I don’t anticipate that number to be that high.”

Dettman’s ideal location for track and field practice would be the Duniway Park track, a public facility located about five minutes away from Lincoln at Portland’s Under Armour headquarters.

The absence of the Mike Walsh Field will take a toll on more than just Lincoln events and athletics. The physical education department, students who eat outside for a majority of the year and community members who use the field and track for workouts will all have to readjust. Additionally, the Multnomah Athletic Club (MAC) uses the field in exchange for school usage of their racquetball and swimming facilities. The lack of a field could potentially strain this relationship.

“We use [the field] a lot more than we think we do,” said Russell. “Every other facility is booked.”

Despite all of these challenges, the new field is something that all should be looking forward to. Some improvements include a mini practice space where smaller teams could potentially practice, less light pollution outside of the stadium, a better sound system, easier light controls and a white plastic curb extending around the track’s inside lane, which will make Lincoln an official facility able to set International Governing Track and Field body (IAAF) records.

The Mike Walsh Field has been a crucial part of Lincoln and the surrounding Goose Hollow area. The construction period will be long and burdensome, but the outcome will hopefully change the community for the better.

“It’s wonderful for our community to have a track and field to walk, run or play on,” Dettman said. “[It’s inconvenient] that [the field] won’t be there for a few years, but once the construction is completed, I think everyone will realize why this was needed and how great it is for the community.”