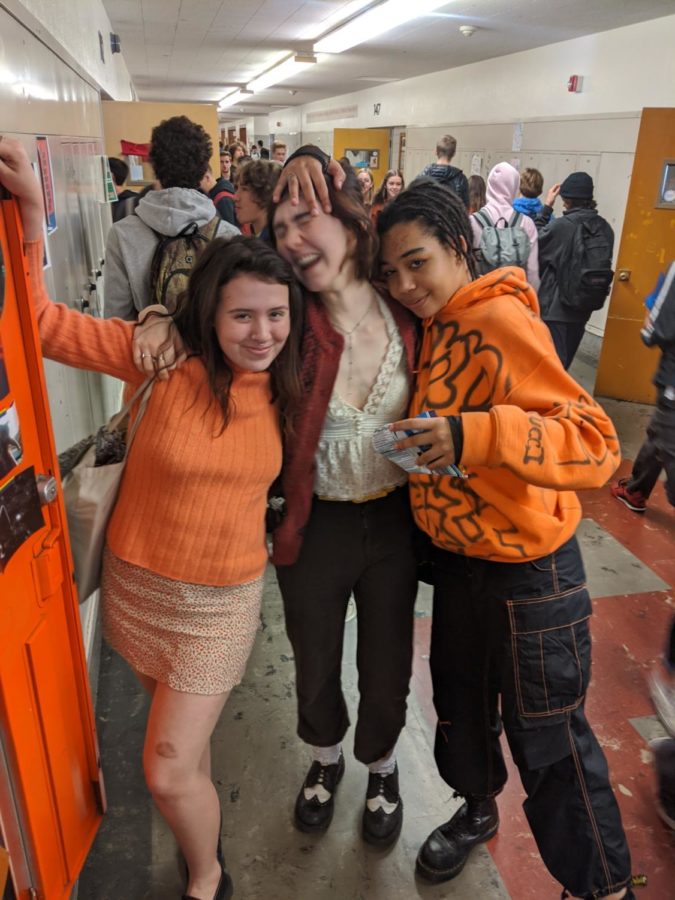 The trend of thrifting is huge at Lincoln this year.

Fashion. It’s crazy, expressive, and an embodiment of the physical self. Where would culture be without it? How else would humans express themselves without opening their mouths? Lincoln presents a prime example of how fashion affects students’ everyday lives. Travelling through the hallways, it’s hard to ignore the expression and individuality that fuels confidence and drives young minds. One might see students matching denim with leather, cowboy boots with ski pants, and art with clothing. Watching people pass by at Lincoln is no boring event.

“I usually buy clothing secondhand,” says Enyart. “Almost all of my clothes are either from a thrift store or hand-me-downs from my relatives. My clothes that aren’t thrifted are usually from Sears or Macy’s. The reason most of my wardrobe is secondhand is because it is cost effective, and being cost effective is important [when you don’t have a lot of money].”

Other students have different reasons to go thrifting.

“I [bought secondhand] a lot more when I was younger because my family did not have a lot of money so that was what we could afford,” says Pam Mckeown, a sophomore at Lincoln. “Now, I still buy clothing secondhand because it is very nostalgic for me and such a good activity to do with my mom.”

Though Lincoln is widely perceived as a bastion of economic privilege, many students at Lincoln still source their clothing from places like Goodwill, Value Village, and other independent secondhand stores.

“A lot of people at Lincoln care a lot about their style, and if they aren’t going to thrift stores because of need, they’re probably going [thrifting] to find clothing that nobody else will have,” says junior Isabell Miller.

“It’s trendy, and that’s kinda it,” Mckeown states. “A lot of kids at Lincoln almost try to make excuses for why they thrift because they don’t want to make it seem like they are just following a trend and want to appear different or something, even though everyone does it.”.

Though the trend of “individuality” at Lincoln and in mainstream culture has been accelerating for years, has the trend of appearing different in a crowd of others also attempting to appear different contradicted itself over time?

Junior Carson Nitta believes Lincoln students are trying to emulate something they’re not.

“I think because Lincoln is perceived as one of the richest schools in PPS, kids feel very insecure about flaunting their wealth. Shopping secondhand can create the illusion that one is poor, and for this reason that style is cool.”

Trends ebb and flow, but what will happen to thrifting? Students at Lincoln shop secondhand for all types of reasons, cultivating it into one of the most prevalent trends in fashion today. Whether it’s a necessity or simply for personal choice, the rise in thrifting has changed the way students view fashion– and, perhaps, the way they view themselves.