Down under PDX: The contrasts between Portland and Melbourne schools 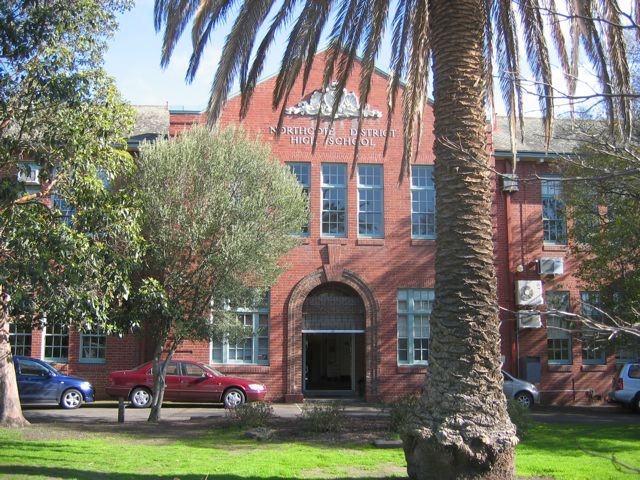 Starla's schooll in Northcote High School, located in Melbourne. Since the time of publication, Starla has return to her home in Melbourne.

My name is Starla Shaw. I am a sophomore on exchange from Australia for a month.

In the short time I have been in Portland, I have noticed many differences between the high school I attend in Melbourne, Australia and Lincoln High School.

I walked into Lincoln expecting there to be multiple separate buildings like most Melbourne public schools. Instead, Lincoln is one large and overwhelming building. Even after weeks of being here, I am still having trouble navigating the halls by myself.

Northcote High School, the school I attend at home, goes from 7th to 12th grade and it only has 1500 students, which is considered very big in Australia. In fact, Northcote is considered one of the biggest schools in Melbourne, and it is often said to be overcrowded. Lincoln has two fewer grades, but it has 1705 students– not to mention many more teachers. Having so many people in the halls at Lincoln was a bit intimidating at first, but I got used to it quickly.

Campus security is also new to me. Even in the roughest parts of Melbourne, we have no security whatsoever.

Getting to Lincoln from my house here is more challenging than getting to Northcote from my house in Australia, which has been hard to adjust to. I am staying at a house about 40 minutes from Lincoln by bus, so I have to wake up at 6:30 a.m.; in Melbourne, I am used to a 9 a.m. start time with a short five-minute drive to school.

Something that has helped me manage these earlier mornings is the fact that, at Lincoln, I am not required to wear a uniform. In Australia, we are required to wear a uniform, and the uniform policies are very strict. For example, I can be given a detention just for having the wrong socks, shoes or shirt on, and once a student accumulates three detentions, they get a suspension.

While attending Lincoln, I don’t have to run around the house in the morning looking for specific uniform items before eventually realizing that I am supposed to be in physical education uniform instead of the everyday uniform. Here, I can be warmer and also more comfortable.

The school curriculum in Northcote is very similar to the curriculum at Lincoln. However, there are some subtle and interesting differences. Australian history and American history are very different, and certain math equations are different due to the different measuring systems. Australia uses the metric system, so measurements such as miles, feet and inches are foreign to me.

Another big difference is that there are more sports available at Lincoln.

Sporting opportunities in Melbourne public high schools are very limited. In Australia,  you access sports through clubs and community organizations. For example, I belong to two community basketball teams and one community Australian Football League (AFL) team, because I rarely have opportunities to play these sports in school.

At Lincoln, I have noticed that there are multiple teams for each sport (for example Varsity, JV, JV 2) where you train and play against other school teams. The school team seems to be very competitive and intense compared to the school basketball at Northcote where you don’t even train at all and then you play three or more games in one day against different schools and that’s all.

I enjoy playing for a club because it is with new people and also not as intense as the sport at Lincoln. I train 3 times a week for basketball in Australia and I noticed that here you basically have to train everyday which seems a bit excessive to me.

All these differences make exchange trips very exciting and valuable. In Australia, we grow up with 95 percent of our movies and television shows coming from America. We do not have many Australian movies, so being here makes the movies come to life, and it feels a bit surreal.

My experience here has been really fun and a bit nerve-racking, but it has helped that everyone is extremely kind and welcoming.