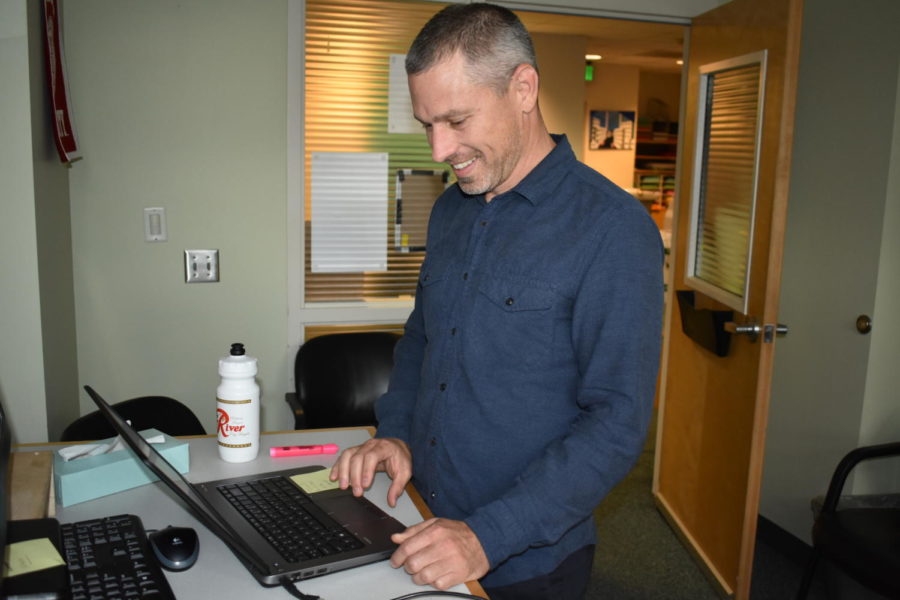 Christopher LaCarrubba works in his office in the counseling room.

New Lincoln counselor Chris LaCarrubba has taken the place of Ms. Dewey, former counselor for last names Schu – Z. LaCarrubba is an alumnus of both Portland State University and Lewis and Clark College, where he earned his Master’s Degree in Counseling.

Before joining Lincoln, LaCarrubba worked as a counselor at Brooklyn Technical High School, also known as Brooklyn Tech. Brooklyn Tech is a specialized school in New York City specializing in science, technology, engineering and mathematics (STEM). After working there for six years, he was offered another job in New Jersey as a supervisor for school counseling, where he worked for three years.

After spending roughly nine years in New York, LaCarrubba and his wife felt that it was time to return to Portland, Oregon. With Lincoln’s good reputation, he realized Lincoln was the place for him.

“The reputation here is of course very good, and I was very impressed by the administration and the counseling team,” noted LaCarrubba.

LaCarrubba stated that “public education should be the great equalizer for our society, so [I want to do] anything I can do to help students work hard to achieve whatever goal they want… regardless of their background.”

As a new member of the Flock, LaCarrubba looks forward to helping students achieve their goals and seeing what impact he is able to make