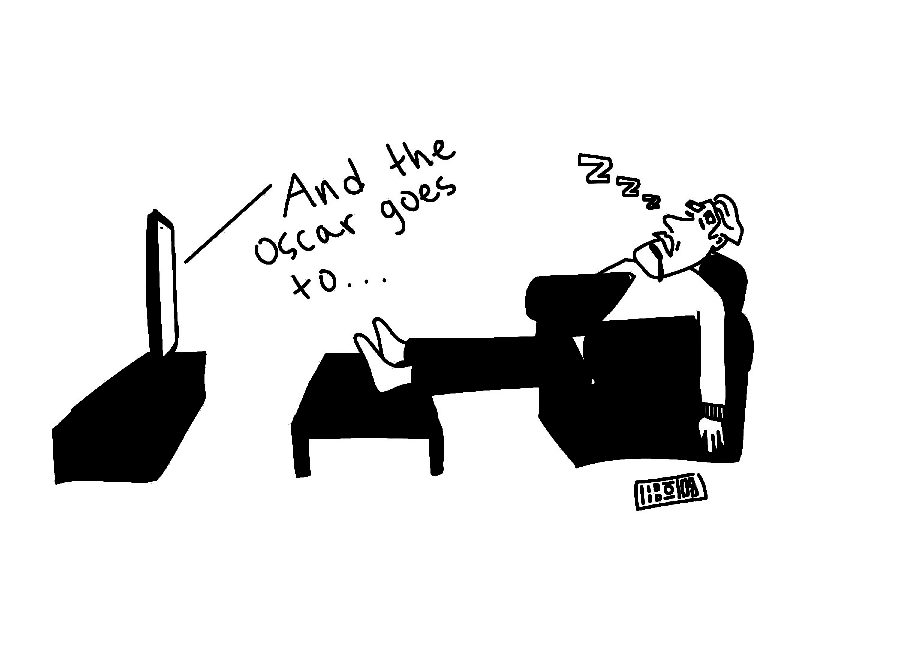 This year, the 91st Academy Awards has managed to disappoint a number of viewers. The Cardinal Times took a look at a document provided by the Academy Awards on their website, called the “Reminder List of Productions Eligible for the 91st Academy Awards.” This list contained the names of all the movies, actors, directors, cinematographers, etc. that were considered for an Oscars nomination. Considering that list, I strongly believe some of those names should have definitely made it to the final nominations.

This year, the majority of movies represented by the Oscars were those made by major production companies. The movies nominated for Best Picture are Black Panther, Bohemian Rhapsody, Vice, Blackkklansman, The Favourite, Green Book, A Star Is Born, and Roma. With Green Book winning Best Picture. Alfonso Cuaron winning Best Director. Rami Malek, for Best Actor and Olivia Coleman won Best Actress in a Leading Role.

Black Panther, directed by Ryan Coogler, broke records as the highest grossing Marvel film in history and ninth-highest-grossing movie of all time, making $1 billion on the Box Office. This was a very important movie in terms of addressing race and equality. It is understandable for people to support this nomination, considering the Academy Awards has been accused of not recognising directors and artists of color, with the hashtag #OscarsSoWhite.

On the other hand, 2018 had other movies that also addressed issues like racism and white supremacy. If Beale Street Could Talk, directed by Barry Jenkins, had amazing reviews and many nominations. The movie had beautiful cinematography and brilliant performance. It definitely deserved more recognition at the Oscars. I have to say, Black Panther was a great movie. But maybe the nomination could have gone to another movie that didn’t have as much press, wasn’t as high budget and wasn’t produced by Disney, which is one of the biggest production companies in the industry.

A Star is Born was Bradley Cooper’s first directed film and Lady Gaga’s first leading role in a motion picture. It made almost $415 million on Box Office, had positive reviews and various Golden Globe nominations, including a Best Director, Best Actor and Actress and Best Drama. Despite the movie having lots of plot holes, it had brilliant scoring, lighting and a great acting performance by Lady Gaga. The movie didn’t deserve a nomination for Best Adapted Screenplay, mainly because we had heard the story before, considering it was a remake. But we hadn’t seen Cooper’s talent in directing which truly deserved a Best Director nomination.

Beautiful Boy, directed by Felix Van Groeningen, was also completely ignored by the Academy despite its other various nominations.  It was an independent film that made almost $14 million. The movie, -starring Timothee Chalamet and Steve Carell,- is a story about a father (Carell) and his son’s (Chalamet) journey dealing with addiction. Chalamet’s amazing performance was ignored by the Academy and didn’t get a nomination.

“I’m a little frustrated,” says senior Gretchen Rudolph about this year’s Oscar nominations. “Because I know the Oscars are supposed to be the best movies of the year and the Oscars are about art and I think that a lot of the movies that were nominated this year are more blockbusters instead of real art pieces.”

Independent movies are movies that are produced outside a major film studio and are distributed in a limited amount of movie theatres or are only released on streaming websites. Beautiful Boy, for example, was produced by Amazon and is available there to stream, and was played by a few theatres –like Living Room Theatre in Portland– for a limited amount of time.

“You know the nominations are the nominations,” says Jordan Sudermann, who teaches IB Film and IB Modern World History at Lincoln. “The Oscars reflect a lot of things, they reflect Hollywood money, you know, every studio is campaigning for their films. There’s a lot of politics involved too, in deciding who to support, which categories to promote people from, especially for the actors, and that’s targeted at the voters.”

The Oscars previously intended on adding a “Most Popular” category to the awards to recognize movies that were most successful on the Box Office that year, and had a large audience. That would’ve been an amazing idea, then they could’ve credited movies like Black Panther instead of taking away opportunities from independent films with nominating them for Best Picture.

I have to say last year, the Academy was more successful maintaining a balance between indie (independent) and mainstream movies. With movies like Call me by Your Name, directed by Luca Guadagnino or Lady Bird directed by Greta Gerwig that weren’t produced by major production companies.

2018 was full of new voices, new faces and new stories, but the Oscars managed to only pick a handful of those. In other words, they played it safe and didn’t want to take any risks but actually made it worse. What is the point of the Academy Awards if it only cares about its viewers rather than recognizing and embracing the art and beauty of cinema?

It’s arguable why we even celebrate movies. Being a cinephile  myself, movies -other than having an entertaining aspect to them- are something people can relate to. A story, a character, a conflict, a setting, an image, that people can make a deep and emotional connection with. I believe that’s why we make movies.