Op-Ed: They’re overtrained, overworked and now over it 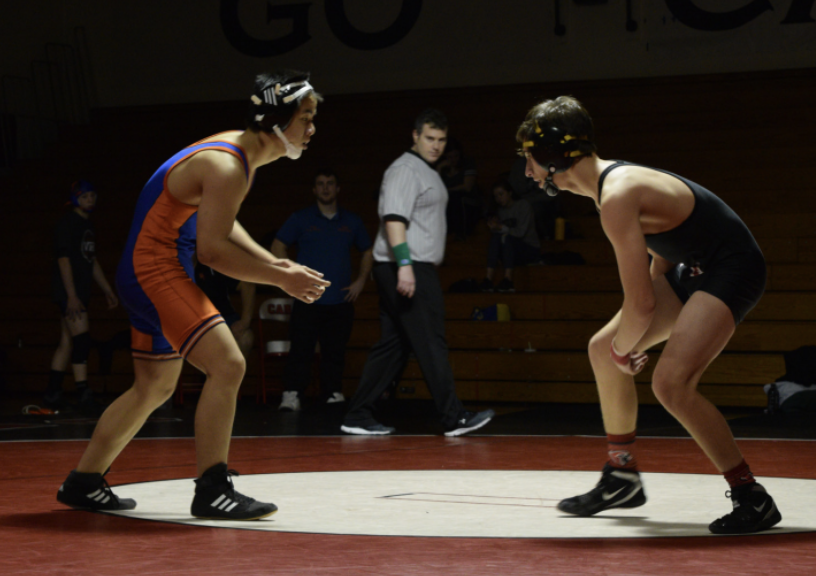 Sophomore Marco Farinola faces off against a wrestler from Benson during a meet at Lincoln on Jan 24.

Since 1995, three football players die in the US per year due to heat stroke during practices. But these preventable deaths of mostly high school athletes were caused by more than heat stroke- they were also the result of overtraining during workouts.

These deaths – and other problems in high school sports – are the product of the over-competitiveness of modern sports teams, high school and college alike.

A competitive culture is great for a team; it helps athletes strive to be better and promotes friendly rivalries. However, it doesn’t take much for a coach to push the team or the organization over the brink, creating a cut-throat culture where character traits are overlooked and sportsmanship is compromised.

Senior Ella Andoh, a soccer player, spoke about how varsity athletes sometimes distance themselves from other, less successful, members of their teams.

“I think there are definitely times where [junior varsity athletes] don’t get as much attention as the kids who play varsity, which I understand, in the sense that it’s not as competitive, but I still think that kids should all be given an equal opportunity to participate,” said Andoh. “On some teams, I see that the kids on varsity don’t really associate themselves with other kids. I think that’s definitely toxic.”

The determination of teams to be successful sometimes results in the exclusion or derogation of others. But it extends beyond just these sportsmanship issues. At some point, the motivation of coaches to work their players creates physical dangers for the athletes.

During Willie Taggart’s brief one-year stint with the Oregon Ducks football team in 2017, he managed to hospitalize three players by over-training them during a practice (one of whom, Doug Brenner, is currently suing Taggart, the university, and the NCAA, according to the Oregonian). This astounding fact is a sad example of how extreme coaching can push athletes beyond the brink. Coaches like Taggart raise red flags about how a school’s culture is harming students in both the short and long term.

When athletes are pushed too far by their team, they can become angry and resentful (much like Brenner), and eventually, they may lose interests in sports they used to have a passion for. It generates animosity, and athletes gain contempt for their teammates and coaches.

There are countless benefits to organized sports. Under the right leadership, athletes learn valuable skills and life lessons, as well as make friendships that last a lifetime. Sports are motivators, and they have been a foundation of student life for decades. But sometimes, they can create a toxic environment and take away from the enjoyment that students feel towards athletics.

While Lincoln may not currently suffer from extreme coaching and an overly-toxic environment, it will always be a hope that sports teams will strive to do their very best to support the interests of their athletes, now, and in the future.