A woman’s place is in the House and Senate 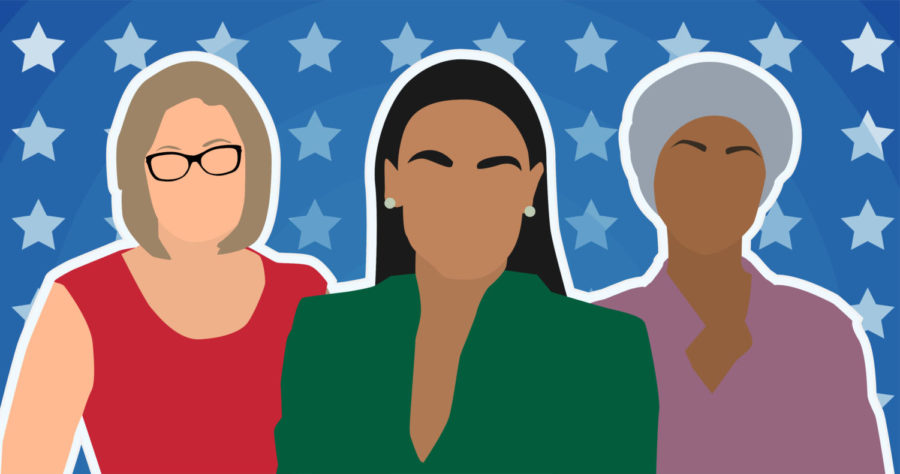 The youngest and most diverse Congress ever was elected during the US midterms on Nov 6, including over 100 women in the House of Representatives alone.

The 2018 midterm elections in November delivered unprecedented diversity in the House of Representatives.

More than 60 million Americans went to the polls and voted. 49.3 percent of the voting-eligible population voted this year, according to the US Elections Project. Democrats gained 40 seats and took back the House. These new members of Congress were sworn in on Jan. 3.

Congresswoman Nancy Pelosi – who became the first woman Speaker of the House from 2007 to 2011– was chosen House Speaker for the second time.

The Cardinal Times asked students and teachers at Lincoln how they think diversity is going to affect Congress’s decision making.

Some Lincoln students think it helps the House’s decision-making process to have a woman as Speaker of the House.

“I think it’s something that’s really important because for so long our country has been dominated by men, especially white men,” says junior Anya Anand, co-president of Lincoln’s Asian Student Union. “So it doesn’t really make sense to me to keep having only one point of view, especially for the Speaker of the House, and I think that it would be really beneficial to have a woman as Speaker.”

Some districts elected their first female Muslim representatives. Ilhan Omar, a member of the Democratic party from Minnesota and Rashida Tlaib, Democratic representative of Michigan, are both the first Muslim women to be elected for Congress.

The Cardinal Times asked students what they thought motivated this large percentage of people to vote this year and whether they think increased diversity in government was going to lead to new outcomes.

Research by the Washington Post revealed that “lawmakers who are themselves people of color or returning veterans are more likely to contact federal agencies on behalf of these constituencies than their other colleagues.”

Other studies show that diversity has a great effect on decision making in government agencies and other organizations according to Forbes.

The Cardinal Times also asked students and teachers if they believed that members of the Democratic party who are also part of a minority community or the middle class are more fit to be president  compared to previous candidates, like Secretary Clinton.

“I think [the 2020 election results] really depends on not only the performance of the Democrats in Congress and their interactions with the president and the office of the presidency but also viable options really it requires someone from Congress to stand up and to be a leader,” says Roberts.

“There’s something so captivating about people like Alexandria Ocasio-Cortez who we have never really seen being in positions of power like this and are using their voice to bring up further left values,” says Senior Gabby Cosey, co-president of the Black Student Union. Cosey adds that she thinks both new members of the Democratic party -like Talib and Omar- are “equally as fit to be president.”

“I’m not sure that Nancy Pelosi or Chuck Schumer really represent a significant change so it really depends on, — and this is where the hope in that diversity in Congress comes in- is that we get a leader,” says Roberts about the 2020 presidential candidates.